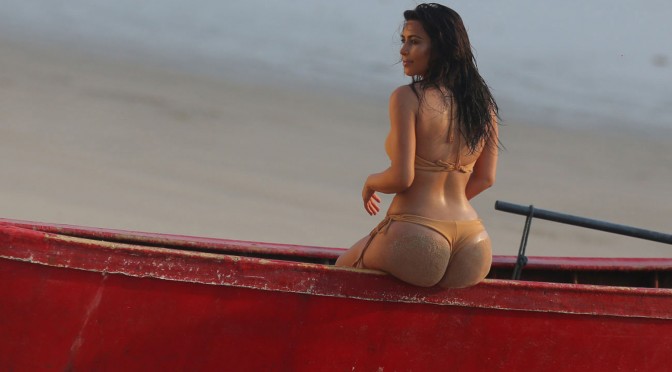 The year 2014 came in like a lion and went out like a plump behind sitting on a boat overlooking a sunset... or the other way around... does it really matter?

The trading has ended in 2014.  The stock's are all nestled snug in their beds while visions of more central bank asset price support dance in their heads.  With the ECB starting QE and Honest Abe printing Yen, we have Yellen now we have no need for Helicopter Ben.  2015 is coming soon it will be here, but not before we put 2014 clear in the rear.  Here is the end to the year in review, then its on to 2015 where we can start trading anew.

The market ended down almost 1% on the last trading day of the year, but it was the 6th consecutive up year for stocks.  The longest winning streak for stocks since 1991-1999.

Heading into the August swoon, the VIX was falling hitting almost 10 before reversing and spiking higher.  On a quadruple witching Friday stocks barely moved.  The theme heading into the August pull back was complacency.   Amid this backdrop there were still plenty of beaten down names to accumulate into years end.  One was $WFM.  The stock was trading around $36 when I wrote this piece.   Today the stock traded over the $51 handle, but like many breakouts, they don't come the minute you buy them.

As the VIX continued to fall the media was all over it,  just like when the VIX was spiking in 2008, and continued to talk with astonishment at its low levels.

$AAPL was going for $87 a share at this time, and contributor and  market prodigy Max penned this wonderfully accurate piece.

The market was not pricing in a possible pull back, and perhaps that's why stocks started to roll over in August.  It started off eerily similar to the pull back in August of 2011.  The pundits were out in full force calling this pull back the start of a bear market.  Pieces were penned, tweets were tweeted, and at the lows in August everyone was supposed to sell the rips, as prices were destined to collapse.

Instead the market reversed course.  In the span of a few weeks the August losses were negated and stocks were back at record levels.  So much for that bear market.

The market recovery was led by $AAPL, which continued to move higher.  At the time $GOOGL was lagging and I thought the stock would play catch up.  I was wrong.  $GOOGL traded weak the later part of the year.

The F's started working, these two $F stocks seem to like to run together.  In late August these $F's were the giver of some great option trades.

With the change of months to September came new record high stock prices.  The bear market of August was thankfully over.  What a grueling market its been for the bears since March 2009.

At the start of the month I penned this tremendously ambitious video game themed post that got exactly 3 reads.

It's not exactly a 2014 market recap without mentioning $TSLA again.  $TSLA followed the market to new record highs and almost achieved that $390 target I highlighted when the stock was trading under $100 a few years ago.

In September another trade I loved for 2014 was busy making dreams come true.  Despite tepid economic growth globally and an ever strengthening US dollar, $X  U.S. Steel mounted a massive rally in 2014.  By some stroke of miraculously luck earlier in 2014 I saw this move coming.  You can read all about it in another of my egotistical rants right here and my tremendously ingreduloous comments on $AAPL.

As September wore on we got to the now Infamous Ali Ba Ba top.  Ba ba ba ba... yes there was crying, moaning, cheers, jeers, the Ali Ba Ba top was almost 6 years in the making.  6 years of constant buying pressure, record stock prices, asset price apreciation, and it was all going to go down the toilet with one Chinese IPO.

It made perfect sense at the time to many market participants.  We, however, have the luxury of hindsight, and much like every other top along the way to our recent record highs, every dip has made for a tremendous buying opportunity.  I'll take another 5 Alibaba tops in 2015.

We also had a disease starting to spread around the globe.  No it wasn't Ebola, it was something much more serious.

As that Disease spread, I put the market correction into perspective with this carefully crafted post.

And of course as the market plunged and plunged and plunged the bears were in full glory.  They were wrong calling the August pull back the start of a new bear market, but this October crash  was definately it.  The previously deleted bearish articles were restored to their full glory.  The chest pounding of the top callers nearly broke twitter.  The Ali Ba Ba top was the top calls to surpass all top calls.  There was never going to be a top like this again, not even Kate Upton could compete with these top calls.

While Kate is surely friendly to the eyes, the Ebola epidemic was not.  A truly ugly disease was spreading in Africa and created a big scare here in the United States.  Like anything else that fuels fear... it also sells... namely clicks, views, and merchandise.

The market continued to pull back into the middle of October.  At one point the bond market crashed, in a good way of course.  Bonds were getting bought, but it was a sight to behold none the less.  Bonds were a great investment in 2014.  $TLT which is a good indicator of a 20 year treasury bond, broke through long term resistance and closed the year out strong.

Through the carnage of this market correction things were going pretty well for some longs and some shorts.  A $BIDU and $PCLN trade day worked out rather nicely.  Amid the wreckage of market corrections, some very good long positions can be made.

It's not easy keeping your cool, remaining a bull, when everything around you tells you to sell, to go short.

But let's face it, there are 8 good reasons to be buying stocks amid a correction.

Despite the sharp October reversal from the lows, there were plenty of stocks I liked for continued weakness.  One was $IBM and another was $BIG.  In January at $26 I liked $BIG for a BIG move higher.  It went from $26 to $51.

While I do like to trade stocks for a pull back, there are traders out there who do nothing but short stocks and buy puts.  For some reason there are a lot less of them today then in 2008, but rest assured they are still out there.  Even if they have no money left, have stopped trading, or work as a Librarian, they exist.  And rest assured they continue to spew their negative bias on a daily basis.  JB wrote a wonderful piece on the subject in November 2014.

Stocks continued to rally in November.  The sell off of October was almost a distant memory a mere 8 trading sessions later.  The power of the 'V' bottom continued to show itself.  I was concerned about Junk Bonds at the time and noted that when they started to show signs of weakness the market could be setting up for another pull back.

As Junk Bonds sold off, and Japan entered a Recession, stocks continued on their merry way higher.  Embrace the trend, embrace the central banks, embrace stocks....

Of course we had more calls in 2014 for the market to crash.  But this call might be the most dubious of them all.

November ended with the 47th Meeting of stock top callers anonymous.  I hear the cover of the book they use has a grey haired short dude on it holding a limp stuffed bear.  That's just what I hear, don't quote me on that.

Stocks headed into December seemingly impervious to downside.  On December 1st $AAPL opened the session at a record high over $119 a share.  I went short the stock via puts, and posted this trade live in the private twitter account.

5 minutes later $AAPL flash crashed.  I was on the audio in the chat room at the time screaming!  It was quite a sight to behold.  That December 1st sell off in $AAPL, in my view, was the first cracks to form in the market, and helped pave the way for the December V bottom.

And what a V bottom it was.  Some great trades were made in the storm.  I thought $CAT was going to pull back.... it did, along with $AAPL and the rest of the market.  The V bottom was bought so swiftly and with such vigor that the machines gave up and the $SPY had an inverted flash crash.  Over $200 million was traded at prices a good $5 higher than what the market has been asking for only seconds earlier.

The FED helped fuel the V bottom with one simple word.... Patience.  The irony is that investors weren't patient at all, they spent the days after the FED announcement buying up stocks like doomsday preppers buy up toilet paper before a rain storm.

Christmas was nearing, you could feel it in the air.

The Santa Rally Finally Came.  Stocks headed into years end at record levels.  But today, on New Years Eve stocks pulled back 1%.  It's like reaching into that case of beer and finding out that the last can is empty.  The other 23 went down great, but you really wanted that 24th.

Stocks had a great year.  It was a fun market to trade, comment on, write about, and experience.  I think 2015 is going to be even better.  There is no other reason to think other wise.  We are all a year older, a year smarter, more experienced, more knowledgeable, and I find as I get older... a heck of a lot more patient.  That's what the FED wants us to be in 2015 and beyond.  Patient.  But if we learned anything at the end of 2014, it's that the market does not want to be patient.

Will 2015 mark another up year for stocks?  Will we finally see that market crash that everyone has been looking for?

I know one thing for sure.  If you aren't good at writing weight loss books, or books on making money,  a career as a  Spaghetti Squash cook may be just what the doctor ordered.

A healthy, happy, and prosperous 2015 to you and yours from all of us here at OM.COM!