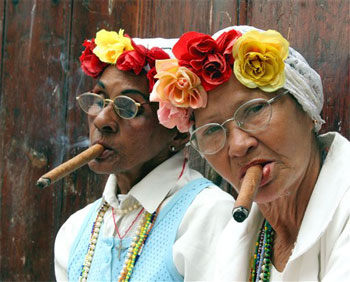 In 2014 the Cuban Cigar came back,  a taxi app took the world by storm,  Derek Jeter retired so he can date insanely hot women 162 times a year and... there has never been a better time to be trading stock options.

As 2014 nears a close, what better time to go back to the winners and losers from the year.  To reminisce about what was and what could have been.  And to analyze how to take what we learned in 2014 to maximize profits and minimize losses in 2015.

And the corresponding chart - this was before $AAPL's forward split of shares: 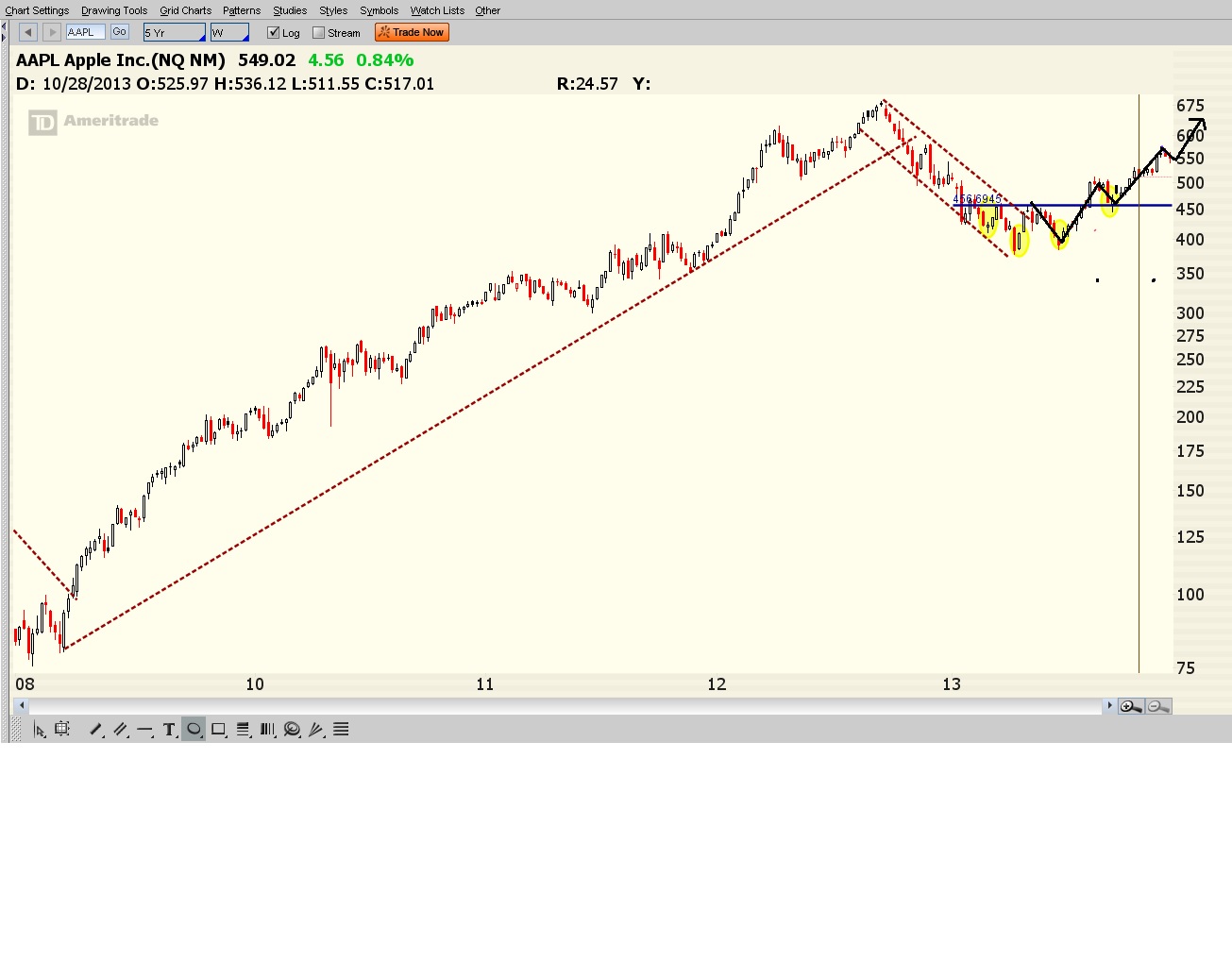 The HI called for a pull back to start the year.  We got exactly that as stocks fell the first month and into the early part of February.

Jimmybob hosted a live webinar just before the start of the year highlighting what stocks he was watching heading into 2015.  That webinar is being hosted this year as well.  Here is the link to sign up if you are interested.   ISRG was one of the stocks he highlighted in that webinar.  Not even two full weeks into 2014, $ISRG rocketed higher providing a possible 4,000% return on the calls from the morning watchlist.  The option trade moved from $.18 to $8.50.  If history is an indication, you might want to be tuning into his webinar this year.

While JB was busy watching $ISRG soar, I was looking at $NUS.  $NUS was trading at record highs, and in my opinion, looked poised for a complete collapse.  Call it luck, call it intuition, call it pure skill, call it anything you want, but $NUS did indeed collapse.  The options I bought and highlighted on twitter at $.60 ended up going over $60 in three trading sessions.  That's $600 into a possible $60,000+.

This is what I was saying about $NUS at the time:

This is the link to that post, highlighting my thoughts on the stock and how I was trading based upon those thoughts.

While $NUS was busy falling, I was busy highlighting how much further it could fall.  Mind you the stock was at $140 when I said it was going to collapse.  Here is the chart I drew in the middle of the collapse. 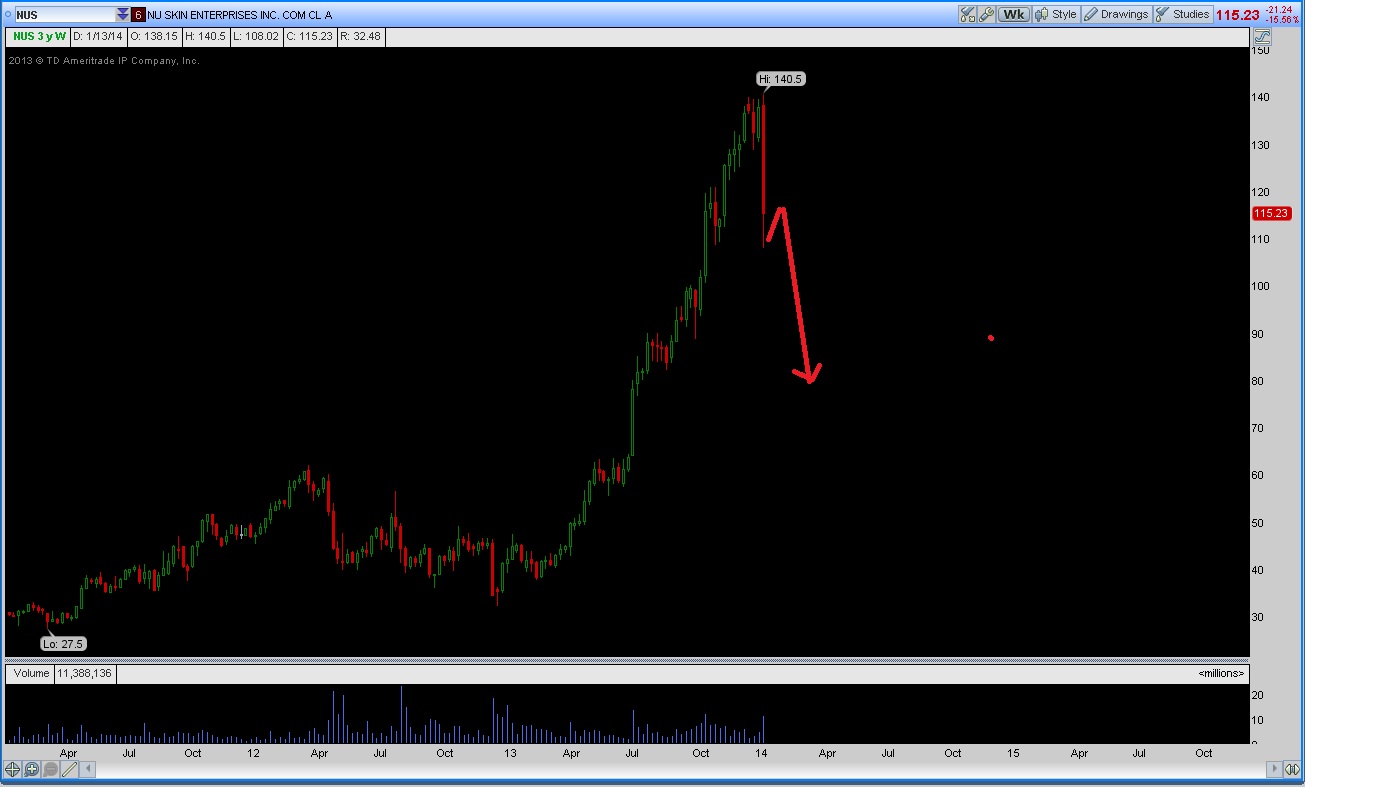 $NUS continued to fall and is now trading some $90 lower than it was when I called for it to collapse at the start of the year.

Where does $NUS head from here?

While the analysts will tell you to buy this dip, I think it’s just the beginning of an epic collapse.

Here is what $NUS looks like on a chart today:

I think that qualifies as a collapse.  I get called out all the time on twitter, social media, email, stocktwits.  It's because when I am trading out of the money stock options I am very opinionated.  I have to be.  If I'm uncertain about where a stock is headed I have no business being in the options.  But when I think something is going to make a big move, I'm going to let you know how I feel.   I'm not the perfect trader, but I think the $NUS trade was one of my better calls in 2014.

A few weeks later I noted a few retail stocks trading at support and that looked poised to rally.  $BIG and $FIVE.  $BIG was trading at $26 a share when I said this about it amid growing analyst negativity on the name: 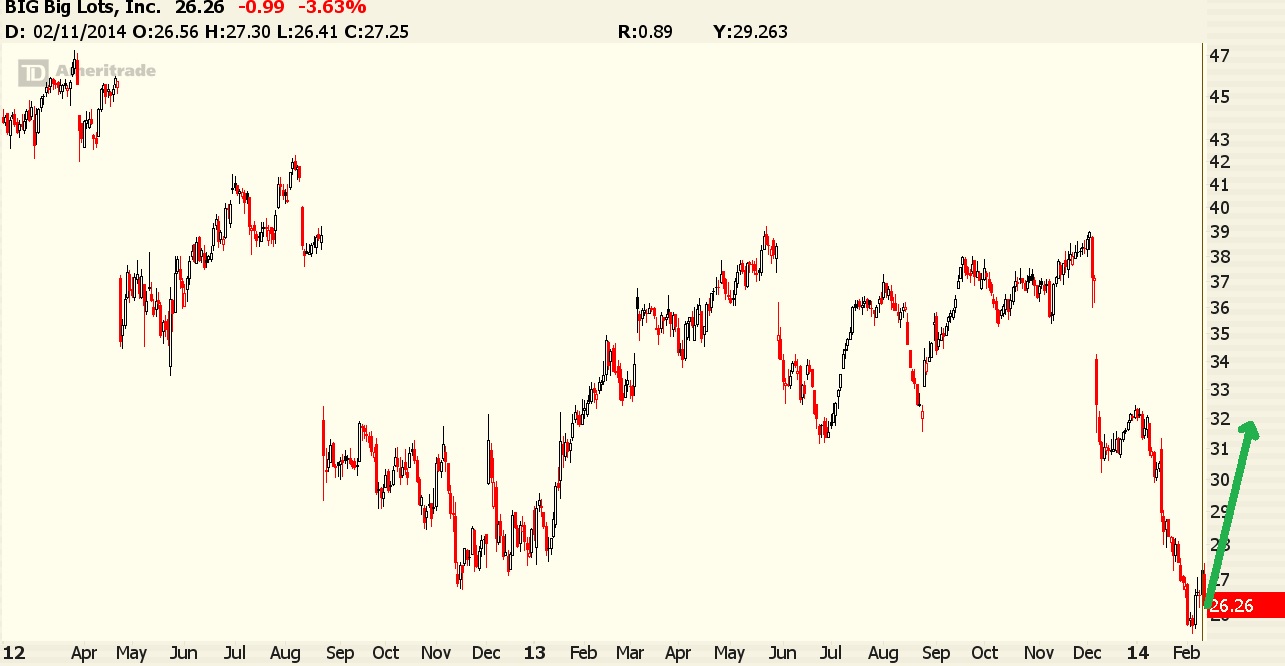 $BIG plunged to fresh 52-week lows this week and looks vulnerable to further downside. However, from a valuation and technical perspective $BIG looks to have bottomed here. I'm willing to take the risk on some February calls in anticipation of a price recovery off the recent lows.

$BIG rallied from that point on from $26 to over $51 a share in November. At that time in November I called for the stock to pull back sharply.  It did, plunging in a few trading sessions from $51 to $38.  $FIVE below also rallied this year from the $36 level to $48 before recently pulling back.  Here is $BIG's chart highlighted at the start of the year when I thought it was going to rally and last month when I said it was going to crumble.

$FIO was an undervalue chart at $9 in early February.   It looked like it had bottomed and would see higher prices.  Later on in the year it got bought out at almost 30% than its trading price.

In the early part of the year we got the pull back that we were expecting, but as that pull back got into its later stages, the media and financial pundits were back calling this the start of a massive correction.  Like we've done over the last couple of years, we kept our perspective that dips remain buying opportunities.

In the middle of February my $BIDU bottom call from 2013 continued work and I penned this piece about falling wedges.  $BIDU looks to close out 2014 in style and at record highs.

And can we recap the year without talking about $TSLA?  The fires of late 2013 were put out and while $TSLA put in a new all time high, its having trouble getting back to them after briefly  breaking back under $200.  Here is what I wrote about $TSLA in February.

As proof that I am not always right, I posted this earlier in the year calling for both $ANF and $DLTR to decline.  $ANF has indeed fell from $38 to $26, but $DLTR has moved some $20 higher.

The HI continued to work well into 2014.  In 2013 it called for the Taper to be bought, not sold like everyone else thought.  The taper did indeed result in a buying spree for stocks.  The HI will be out with its 2015 projections shortly.

In March Jimmybob came out again on Gold calling for no pot at the end of the rainbow for gold longs.  He couldn't have been more right nailing the top for gold this year with uncanny precision as highlighted by the grey circle below:

Gold continues to be a hot topic among the gold bugs and bears.  I think the chart above illustrates who has been right on this trade in 2014.  It's all about making money, and whether you think gold is manipulated by banks, or being secretly accumulated by a yet to be discovered alien species, those trading for higher prices got absolutely clobbered this year.  And that is something traders/investors who like to make money try to avoid.

Saying gold is going to $5,000 an ounce may get you television appearances, but let's hope your clients aren't putting their money where your mouth is.

JB has had some brilliant calls in the past and this years Gold top surely is one to remember.  In case you want to know his thoughts on Gold for next year, his latest piece is out.

As 2014 comes to a close, I think one thing remains constant, the chat room is a fabulous place to learn, trade, throw around ideas, and grow as a trader.  There is live audio throughout the session.  Trades are posted as they happen.  $NUS was posted in the chat room at the start of 2014 as I made the trade.  Those $140 puts went from $.60 to $60.  If there is anything we've proven over the years, each year we have many stocks and options move like $NUS providing the opportunity for tremendous gains.  Trading options also provides the risk for significant loss.  It's important to know what you are doing before you make a trade.  We have live webinars, archived webinars, videos, audio, posts, and more.  Contact us at optionmillionaires@gmail.com for a free trial today.