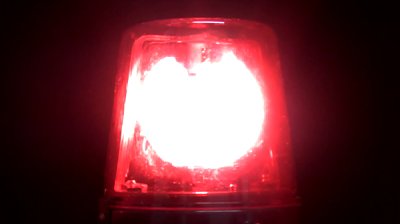 This is a headline I found searching Google for Market Crash Headlines.    The higher the market goes, the more these pieces get written.  More often than not they are just regurgitated crap from 2013, 2012, 2011, and 2010.  The same excuses, the same wildly emphatic prediction.  Guess what they are most accurate at doing???  Getting clicks.... and nothing else.

This one ..  I don't know whether to laugh , is this the Onion?  It's hysterical.... if you dive into the details.

You can find this wonderful piece here.  Good thing I wasn't eating a turkey leg when I read it or I might have chocked to death.  But if we are going to see this massive market crash maybe I was better off choking on that Turkey leg......

Please no eating or drinking while reading this.... thank you

Let's start with the good stuff.

They claim to have A Crash Alert System.

(The Crash Alert System was actually programmed by one of the individuals who coded nuclear missile flight patterns during the Cold War so that it could be as close to 100% accurate as possible).

OK, so stock market prognostication needs to be done by programmers from the Cold War or it's not as accurate?  Oh Man.

I'm curious what the parameters of this alert system are.  Also is it simply:

or does this crash alert system have a few levels?

It gets better.  The Dude says don't sell stocks right now.  Nope the market is going to crash 50% at any given moment but he doesn't want you to sell.  Why not?  Well he's got a freaking calendar that beat the market by 250% since 1968.  And the Calendar is a Secret calender. DUDE!

He's got my interest now.  I wonder if the secret calendar has a few bikini clad woman in it.... that would be RAD.  A secret stock market calender with some hot bikini clad chicks in it.  Man that ROCKS DUDE.

When the Crash Alert System does finally trigger I can imagine it broadcasting a message similar to this:

....Sell all the stocks the secret bikini clad woman calendar told you to buy and go back to selling used cars....

The market crash.  It's coming folks.  It is. I just find all the calls for market crashes and laugh.  I don't know if they are real, or just a way to draw people to a web site.  Either way be careful with them.

BREAKING NEWS:  There is no freaking secret calendar.  NONE. ZERO.  ZIP.

The market will implode again.  Hopefully you will get out in time.  But that could be years from now.  Until that time expect the calls for a crash to grow, and I'll be sure not to be eating anything while I read them.