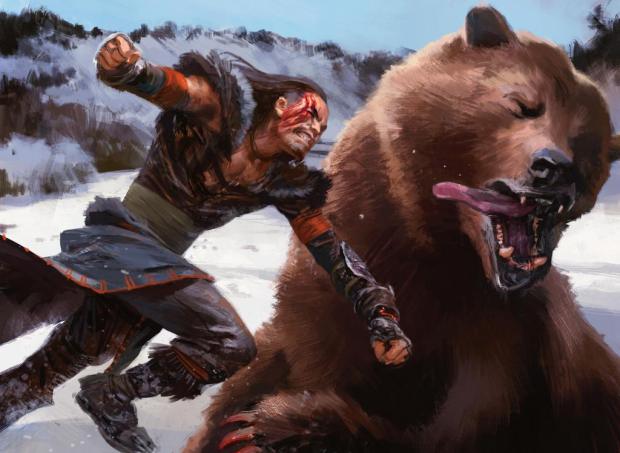 There have been times over the past few years, where I have taken some heat over my comments directed at some the "Perma-Bears" on social media.

Not an easy answer, so I will try my best here. Trading over the last 5-6 years, has not been easy to say the least. They say everyone's a genius during a bull market. I say anyone who has traded this market on an intra-day basis during this current one(with real money), knows that's absolute bullshit. And anyone calling themselves a Genius, was surely not bullish every step of the way.

I trade options, a majority of which are of the weekly variety. Any swing in the underlying stock, can cause the price of the option to change value quickly. Unlike traders of common stock who have infinite time periods for their positions to hit a  target (shorts are an exception), options have a finite time, and the weekly options may have hours or even minutes to move in the right direction before they expire worthless. Not only that, a stock could move in the right direction, even a few percentage points, and still be a complete loss for an option trader. It requires balls, as I wrote a few months back.

Stocks that tend to provide the best opportunity for profits trading options, are the high beta momentum stocks. Some great examples of those stocks over the past few years are Netflix ($NFLX), Priceline ($PCLN),  LinkedIn (LNKD), Tesla ($TSLA), Amazon ($AMZN), and many others. There is one thing that many of these stocks have/had share in common, and that is bloated fundamentals. Metrics that most analysts and investors use to put a valuation on a stock, usually do not make sense on these types of companies(ie. high  P/E ratio).

Finding stocks like these early, and being able to tune out the noise(like I wrote about here), can make an option trader quite a bit of money.

So why the hate?

Ever have someone scare you? Maybe they hid behind a door, and jumped out just as your head was turned. That instant of fear grips you, and your heart skips a beat. Just for that moment. Imagine that episode playing out again... and again... and again. Over and over. Eventually you will turn around and beat the person senseless.

At times over the years, thats what it has felt like. Every fear inducing headline from Marketwatch courtesy of Mark Hulbert and others , every "Netflix is going to $2" CNBC spot on Fast Money with Michael Practer,  every ZeroHedge market crash post with some crazy chart to back their point, and tweets/articles from talking heads like Doug Kass explaining-not in laymen terms- why this market is set to crash - it makes my stomach drop, if even for a split-second. I sure as heck wish it didn't, but it does.

Anyone who was trading during the flash crash 2010 or even as recently as the hacked White House explosion tweet, know whats its like to see a red candle and see positions turn on a dime in a few seconds time.  The next red candle you see, and you start to wonder, "is this it?". It's human nature. Couple those emotions with the countless negative pieces and click-bait articles promising market decimation, including those listed above, and you have an extremely difficult trading environment.

The S&P closed at it's 36th record high today, after being up 30% in 2013 and notching it's biggest gain in over 16 years. The DOW closed at highs for the 20th time this year, after doing that 53 times last year.

How the F&^K are these bears still in business? I And who the F&^K do they think they are to continue to spew their bullsh#t?!?! I dont claim to be right  all the time, but I sure as heck dont fear folks out of positions.  There is something wrong with that and these people need to be called out for their blatantly wrong and damaging predictions.

I owe half of my grey hair to these scumbags.

Ok, enough of my rant. Now the next time you see me calling out a "fear mongerer", you will know why.

3 thoughts on “Why I Hate Fear Mongering Bears”