I have been short term bullish on this market since the fall of 2011 - bears at heart, but not willing to fight the trend. Back in the fall, I put crosshairs on the 2k area on the S&P($200 on the $SPY). This past week, both targets were hit. Where are we headed now? Stay tuned this week for another update.

For now, reflect on what the bulls had to endure get where we are this weekend. I think this collage of some of the MarketWatch headlines I compiled over the past few months sums up it pretty well. I wrote about tuning out the noise before, and there has sure been enough noise to distract even the most staunchest of bulls: 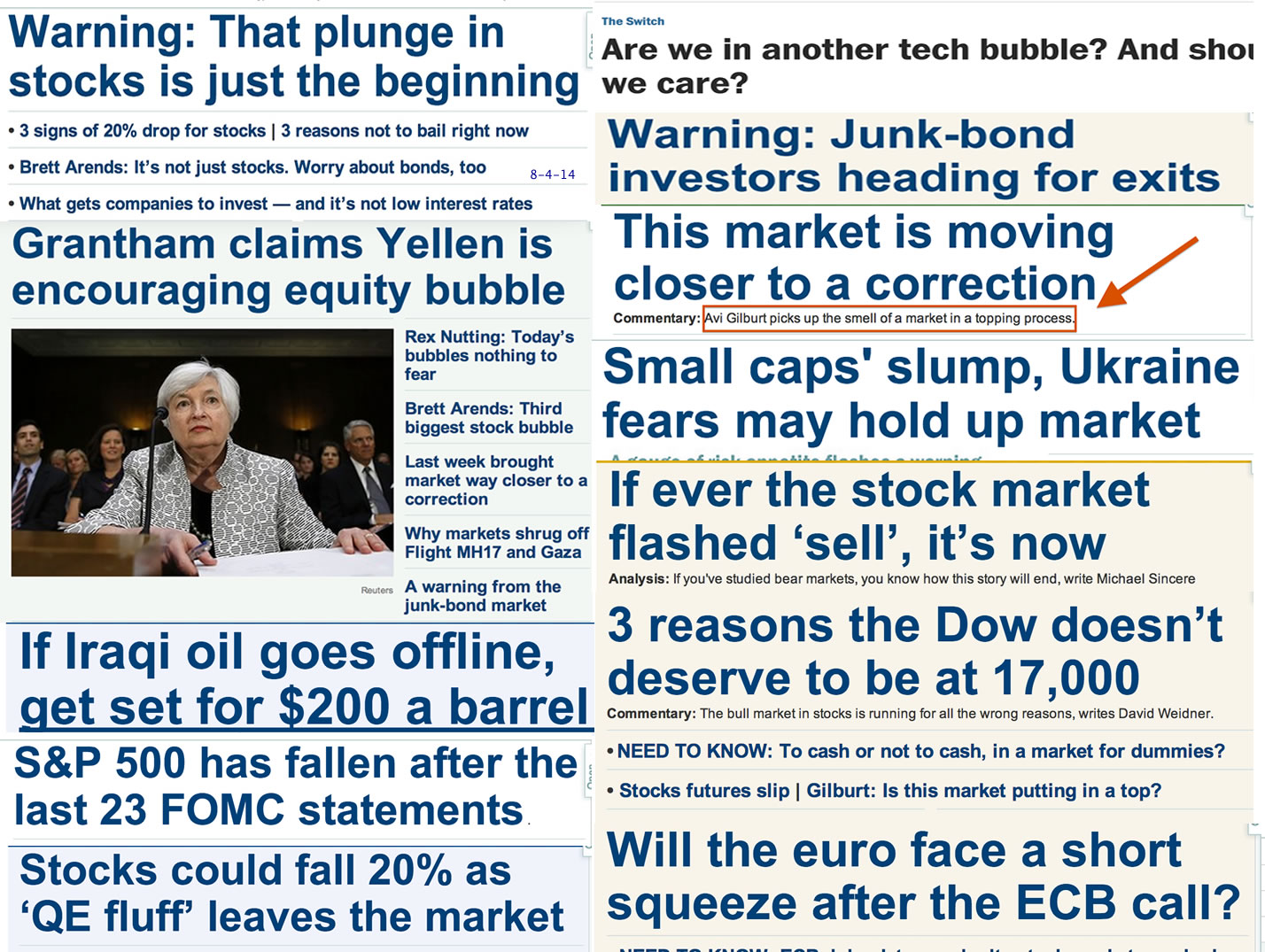 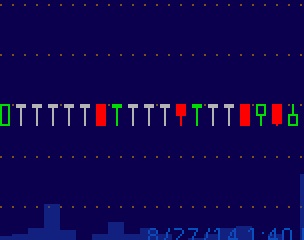 Why does this has me thinking? Well if someone had ever asked me if the $SPY could trade in a .02 range for 20 minutes, I would say no... never - could not, would not happen. It was impossible unless there was a halt.  I would even go as far as to say  a .02 range for 10 minutes would be impossible as well. Yet it happened, and in this current environment. With the possibility of a terrorist event at anytime, and the biggest geopolitical tensions since the Cold war. Heck, they are saying we have the "Most Important" NATO summit since the fall of the Berlin Wall" coming. Was everyone on lunch? HFT's taking a smoke break? ALGO's scanning for Jennifer Lawrence nude pictures? Of course, the intellectuals would say there was an equal amount of buyers and sellers for that 20 minutes. What it was for me, was a great example of volatility, or lack of it.

There has been quite a bit of talk around the Volatility Index (VIX) since the spring, as it dipped near record low territory. We spoke about it here in July: https://www.optionmillionaires.com/end-vix-know-feel-fine/ . Some claimed it to be rigged, fixed, and totally inaccurate. But August 27th is the best example yet for me, that these  10 through 12 readings  on the VIX as of late are truly accurate, and not a mirage. Either way, it's something that has me thinking this weekend.

Stay tuned for another Market Update. For lurkers, out 15-day Trial promotion is ending tomorrow, so check it out if your interested to see what we are about here at OptionMillionaires.om : https://www.optionmillionaires.com/optionmillionaires-free-trial-labor-day-promotion-contest/