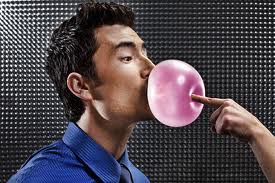 I'm a bear at heart and I believe the "kick the can down the road" policies that have nurtured the markets to all-time highs will eventually bite everyone in the behind. But not just yet. During 2009, you still had folks wary of the rally that started that March; a rally off a bottom called by our very own President of the United States.

Now imagine getting your rear end kicked on the playground and then trying to use the jungle gym the next day or even the next month. That's what it felt like. It was easy to dismiss the move higher and to just look for opportunities to short the market. But rally the market did, despite major headwinds over the course of 2009, 2010, 2011, 2012 and 2013 that included:

Chatter around the Bubble has been increasing the past few weeks as the S&P and Dow continue to close at all-time highs. Are we in a "bubble?" Well, everything you read and everything you watch would lead you to believe we are. As of today's close on the SPY, for example, the market is up over 25 percent in 2013, but is that high actually warranted?

There are many stocks up over 100-plus percent this year. Have the the analysts and the investment community been that far off base to warrant those types of moves, or is it irrational exuberance? Worse yet, recent trading volumes at TD Ameritrade and other brokerages indicate the retail investor is getting back into the market, which is usually the last stage of a rally.

Have those retail investors finally overcome their memories of 2008 as well as the flash crash of 2010 and now feel comfortable buying equities here? Or are they marking the top? And what about the Fed? Have their policies inflated equities into a bubble? Or maybe everyone has it wrong and we're really in the middle stages of a rally that takes the SPY over $120 in 2014, which is where I personally believe we're headed. Or maybe I'm just wrong.

With the emergence of social media, it seems everyone wants to be the one to call the top and the big bubble. It's pretty easy to do, actually: just keep saying the market is going to crash or correct. When it doesn't, go on TV in a few months and say it again.

Eventually you'll be proven correct and be called upon to grace CNBC or Fox Business with your presence while receiving an introduction that goes something like this: "This is Joe, he called the market crash and equity bubble in 2013". And there have been many attempts to call the top in 2013 in order to achieve that CNBC or Fox Business market oracle tag. Here's one:

Dennis Gartman, who played musical chairs with the market at the start of 2013:http://www.cnbc.com/id/100478119. Unfortunately, Dennis, you were sitting down while the SPY rallied nearly 20 percent from your "I'm rushing to the sidelines, I'm getting out" call. But you can try again soon, Dennis. And just so you know: buying something in another currency does not make a wrong call right.

Thank you Dr. Doom. Your interviews used to reaffirm every bull's fear of an impending crash. Now we just hope your television appearances cover the margin calls: http://finance.yahoo.com/blogs/talking-numbers/dr-doom-tech-bubble-235641529.html. I really have to give it to you, though. At least you were a few weeks early with all the market bubble chatter.

Or how about that Hindenburg Omen from the summer  http://www.cnbc.com/id/100967640 and our thoughts?: https://www.optionmillionaires.com/beware-of-exploding-dirigibles/

Instead of listening to the so-called "experts" and "market pros," go ask the folks who aren't tied to the market. They're the ones that will tell you the economy isn't any better, jobs aren't really easier to get and those who are lucky enough to be employed work more hours for less.

These folks continue to wonder why this market continues to go higher and it's the same question they asked last year and the year before. Is it a bubble? I would gather most would say "yes." And that doesn't sound like the type of euphoria and exuberance  that existed during the housing bubble or the dot.com bubble of 2000. But I may be wrong.

Bearish sentiment is near record lows, and of course contrarians would say this is a great indicator of a correction coming. But is it? After five years of being wrong don't you think most of the bears finally threw in the towel? Being a market bear isn't an easy task and it sure doesn't win you friends at your neighborhood barbecue. Just like the unemployed, they eventually just give up and end up being taken out of the equation. But maybe I'm wrong.

For the market to really and truly be in a bubble equities should be overvalued, yet the P/E ratio of the S&P 500 is at 19.57, which is above the mean but nowhere near overvalued when compared to 2000's 29x's Maybe it's the biggest year for IPOs in over a decade, signaling a true bubble. I guess responsible companies are supposed to wait until demand wanes before they do an offering? Again, maybe I'm wrong.

My point is this: every day this year someone was calling a top or forecasting a market crash in the coming days or weeks. Every few days, we had negative data or events that could have caused some angst and headwinds for equities. Almost every month, the market waited anxiously for the FOMC statement(7 so far) that would cause confusion and market uncertainty.

Yet here we are nearing the end of the year with the S&P up over 25 percent. I think folks have it all wrong and we're continuing to defy gravity. I think the VIX will head under 10 and I think the SPY will be over $200 sometime in 2014. If we were truly in a bubble, though, would we even know it? I think only a few folks would, and they sure as heck wouldn't be announcing it to the world. But maybe I am wrong. 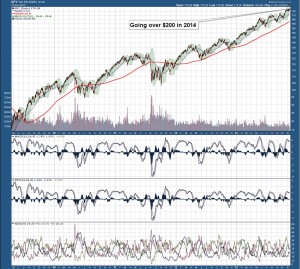 If this is your first time reading anything on this site, these posts may help add a measure of serious credibility to our craziness:

More on the Taper Caper and Market highs coming soon...