The economic news has been mostly positive. 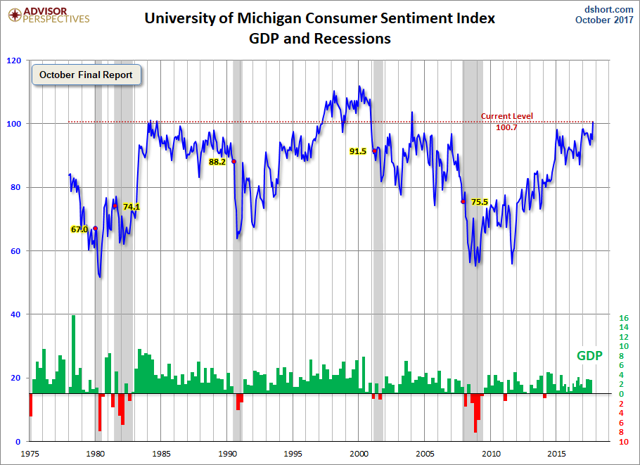 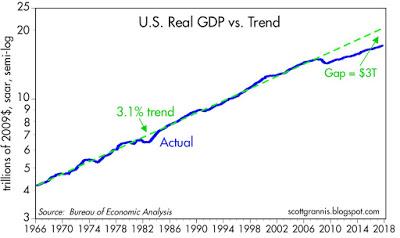 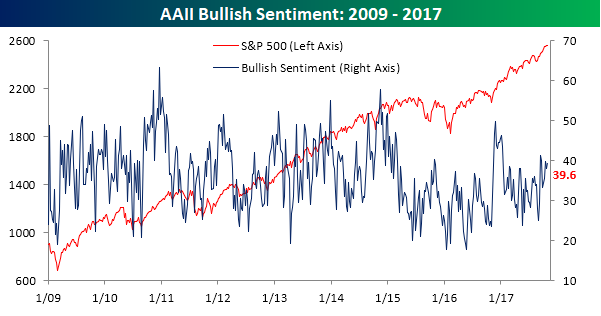 Last week some readers were skeptical about the poll I cited showing pollution concerns. Statista’s data from The Lancet and NPR shows the overall deaths from pollution. 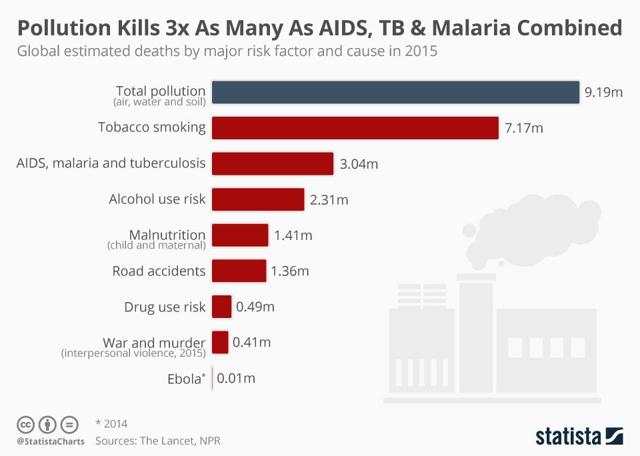 Similarly, Barry Ritholtz cites a powerful study discussing economic and other effects of climate change. He has little patience for climate change deniers. I’ll just suggest doing a lot of reading before making up your mind.

Methods used to estimate the potential economic effects of climate change in the United States—using linked climate science and economics models—are based on developing research. The methods and the studies that use them produce imprecise results because of modeling and other limitations but can convey insight into potential climate damages across sectors in the United States. 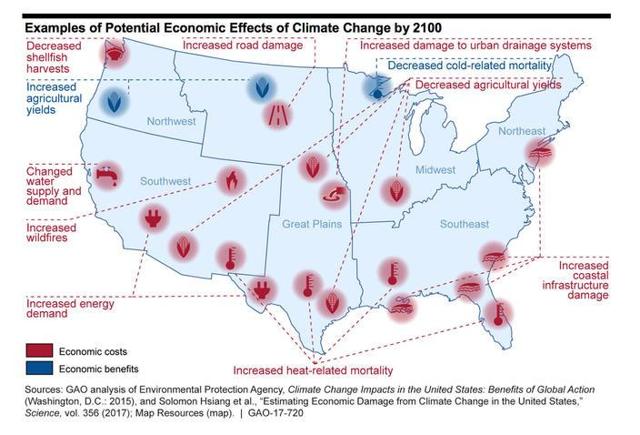 A possible pandemic? The IMF is tracking some early indicators and improving preparations, including a simulation at their last meeting.

We have a massive economic data calendar. As usual, the employment report will claim the featured spot, but wait -- there’s more. Both ISM reports, personal income, and auto sales are very important. There are several others that are less significant only by comparison.

It would be easier to say that I am interested in everything on this list, while most should focus on the items I listed above.

Briefing.com has a good U.S. economic calendar for the week (and many other good features which I monitor each day). Here are the main U.S. releases. 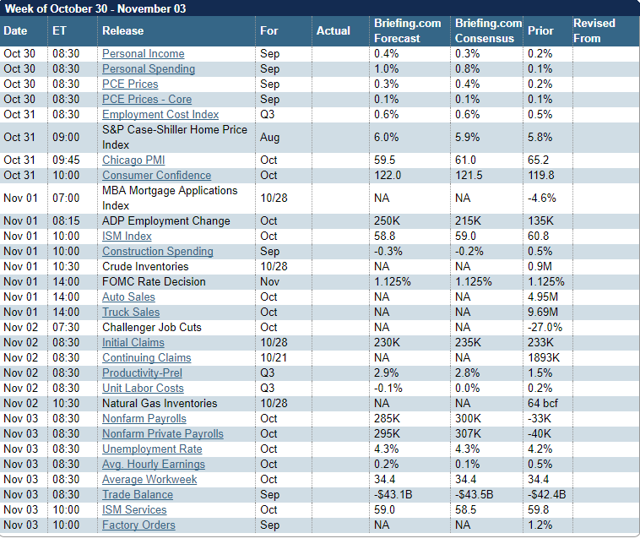 In addition to the big economic calendar, we have expected announcements on appointments, tax proposals, indictments. The Fed will announce a decision on rates. Earnings season is in full swing. I have gone out on a limb before in predicting the likely theme for the week, but this time it is impossible!

After the recent weeks without much solid, fresh news, there is a plethora. We should expect A paradise for pundits!

It is natural to expect a volatility spike from so much news in so little time. Perhaps. But oftentimes the results are expected, or one offsets another. Here is the short list of items to consider, with disparate viewpoints on each

As usual, I’ll have more in the Final Thought, where I always emphasize my own conclusions. In this case, it includes what I see as most important. 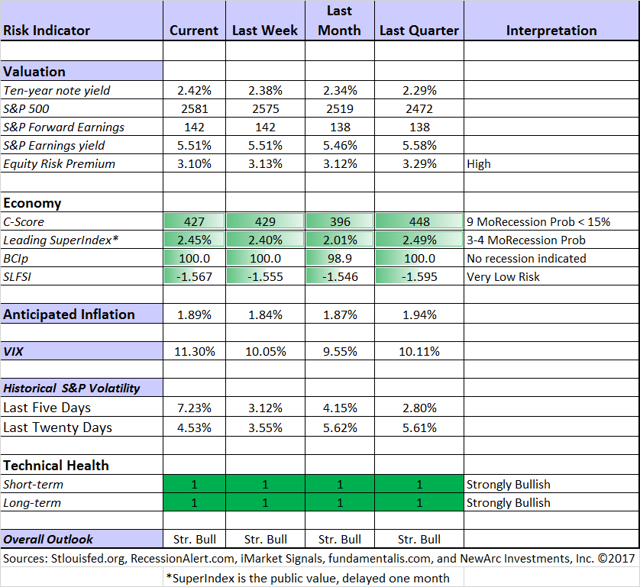 RecessionAlert: Strong quantitative indicators for both economic and market analysis.

Brian Gilmartin: All things earnings, for the overall market as well as many individual companies.

Doug Short: Regular updating of an array of indicators. Great charts and analysis.

Steven Hansen looks at employment data, wondering whether the tables based upon education are most helpful. He notes that 100 million of the 125 million non-farm jobs are non-supervisory. Many times, the job requirements include credentialism versus actual needs. He makes an interesting argument that many can do better financially without a college education.

We have not quit our discussion of trading ideas. The weekly Stock Exchange column is bigger and better than ever. We combine links to trading articles, topical themes, and ideas from our trading models. This week’s post compared trading and investing with a focus on Bitcoin. Just for fun, we also added Bitcoin to the ratings list for Felix and Oscar. Blue Harbinger has taken the lead role on this post, using information from me and from the models. He is doing a great job.

Investors should have a long-term horizon. They can often exploit trading volatility!

Best of the Week

If I had to pick a single most important source for investors to read this week it would be Urban Carmel’s series (Two parts for now) on investor psychology. The first segment looks at how data framing in charts affects perception. Here is a chart of the S&P 500 the way it is often presented. 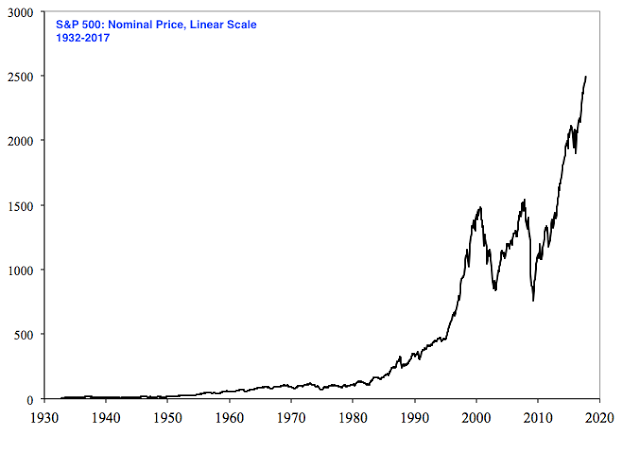 And how it looks on a log scale (which is necessary to make percentage changes over time equivalent) and also with an adjustment for inflation. 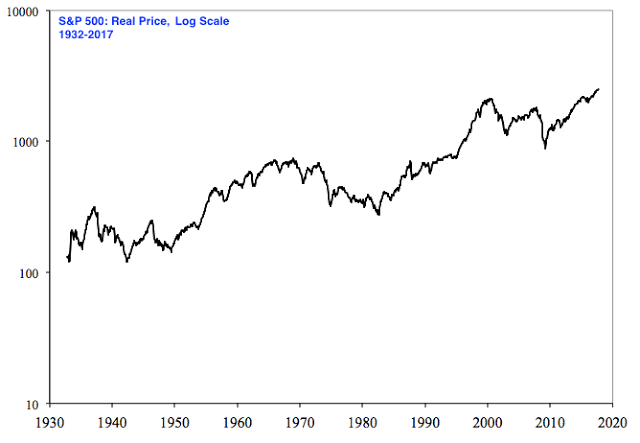 Part Two explains why following the stock market is bad for your returns. He writes as follows:

The human mind has a tendency to assess risk based on prominent events that are easily remembered. The 1987 crash, the tech bubble, the financial crisis and the flash crash in 2010 are all events that are easily recalled. The mind automatically assigns a high probability to prominent (but rare) events. It ignores the more important "base rate" probability that better informs decisions. The fact that the stock market rises in 76% of all years, that it gains an average of 7.5% per year and that annual falls greater than 20% occur less than 5% of the time, are ignored in decision making. The mind interprets every 10% correction as the beginning of something much worse, even though a 10% fall is a typical, annual occurrence during bull markets.

The overall analysis is excellent, including plenty of charts for your consideration.

I always try to illustrate methods of analysis as well as stock ideas. I do not always hold the positions mentioned, but I regard the idea and analysis worthy of consideration. With eight different investment programs, we have an extensive watch list. That is what I am trying to share.

Chuck Carnevale is the leading resource in this method. His tools are invaluable and inexpensive. His regular (free) articles provide a wealth of ideas as well as a master class in how to evaluate a stock. We never take on a new This week there are two great examples. First, he continues his series on the DJIA with a look at five fairly-valued names. Take time to study the method and check back on the prior entries which you might have missed.

And also, Celgene (CELG) still looks good, even after the reduction in earnings expectations.

Peter F. Way’s unique approach takes another look at IBM, especially considering the institutional ownership of the stock and market maker hedging. The market maker’s position is temporary, reflecting a professional judgment about how far the stock might move – in either direction.

Strong Bio (the work of a multiple PhD analyst) takes a careful look at Cara Therapeutics and analyzes their niche—pain management and pruritic. This may be especially interesting as an approach to dealing with the opioid epidemic.

Blue Harbinger continues his focus on income with a review of preferred stocks and also some put sales in selected names. This method can work very well with sound stock selection and proper size.

Kirk Spano (endorsed by Mrs. OldProf because he is a Packer fan) combines the covered put approach with an analysis of energy and solar, recommending SunPower (SPWR). I urge readers to follow his advice that you should sell puts only when you are willing to buy the stock at the indicated price.

Leading valuation expert Aswath Damodaran begins with an analysis of bitcoin. He uses this as a basis for explaining the differences between assets, commodities, currencies and collectibles. This is a great post, which most people will need to read twice. He also shows why bitcoin is a trading vehicle, not for investors. Here are the key distinctions: 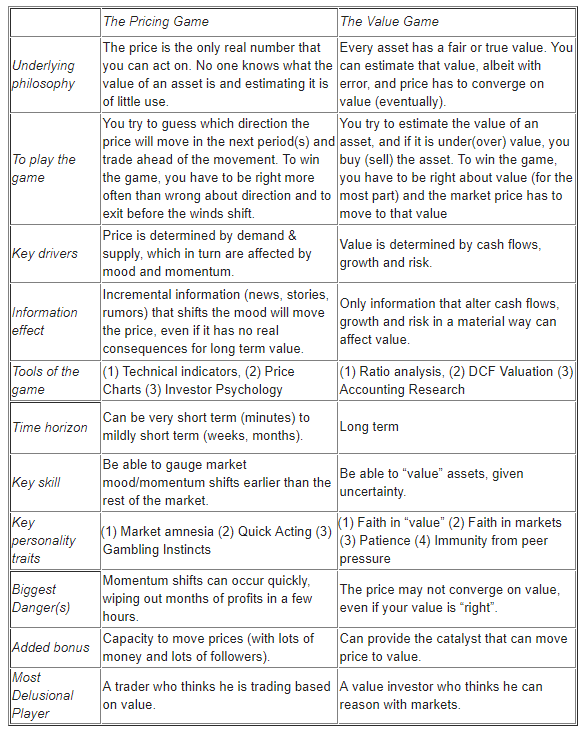 Consistent with this attention to investing versus trading, I was especially interested in John Rhodes’ idea about Bitcoin miners. This would seem to be an asset rather than a currency. He ends by rejecting MGT Capital Investments (OTCQB:MGTI), but the concept is worth watching. I usually prefer buying gold mining stocks rather than the metal.

Bonddad looks carefully at the attractions of Kimberly Clark. While there is an emphasis on dividends, fans of technical analysis will not be disappointed.

And maybe biotech is a bargain (Barron’s).

Seeking Alpha Senior Editor Gil Weinreich has an interesting topic every day. His own commentary adds insight and ties together key current articles. As usual this week he had several good articles, but my favorite this week discusses the timing of negative investment returns. It is a good explanation of the concern, but the answers are more complicated than the sources suggest.

The CBO (via GEI) has some good analysis on retirement needs. One reason I regularly read GEI is John Lounsbury’s widespread search for ideas and articles.

Tadas is back on the job with his regular Wednesday post on personal finance. My favorite this week is some solid advice on what to do if you know that your credit report has been compromised.

The balance between value and growth is once again tilting toward the latter. Does recent history provide evidence for the future? 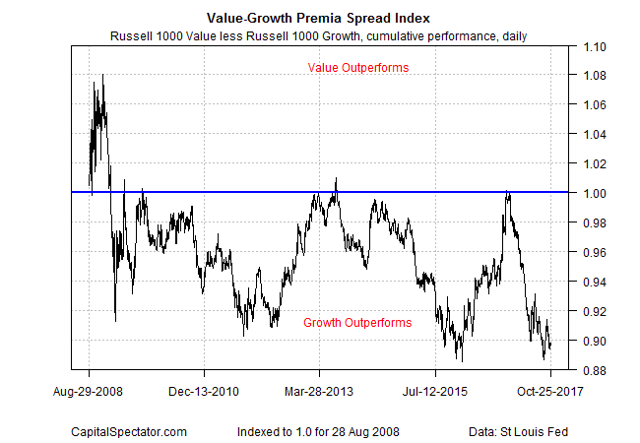 This was a week for the high-profile tech stocks, where the earnings and other metrics were celebrated.

David Van Knapp emphasizes that there are many ways to achieve investing success. Developing a process and sticking with it is the key. No method will be the best in each quarter. David’s well-reasoned article is a must-read piece regardless of your approach. Right now, it has special relevance for dividend and value investors.

Stone Fox Capital also warns about Sprint (S), especially if the planned merger does not come off.

I have my own expectations on each of the key question, including which are more important.

There is plenty to watch this week. As usual, understanding the schedule and expectations will help you navigate the waters.