We had a phenomenal week at option millionaires, with many alerts and trades providing opportunities for huge returns.

The week started with our call of SINA at the open on Tuesday. Noticing the pre-market volume, and the action on all the China ADR's, we thought SINA provided a great risk vs reward opportunity and brought the $55 weekly calls to our chat rooms attention at .40. As SINA started to break out, we also brought the $60 Weekly calls to the chatrooms attention at .08. You can see out chart below after the alerts. The stock had moved up from $50 open to $51.57. We still felt SINA would test $55 in short order, and felt if it broke $55, $60 had a shot before the week was out. 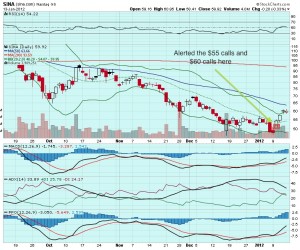 DECK was another play we have been screaming about, and liked the $90 Jan 21st calls, which we brought to our chat at .60. They hit over $2.00 on Wednesday, as the stock finally hit the $90 target we thought it would hit in short term. Check out the call.

Check out the chart we posted: 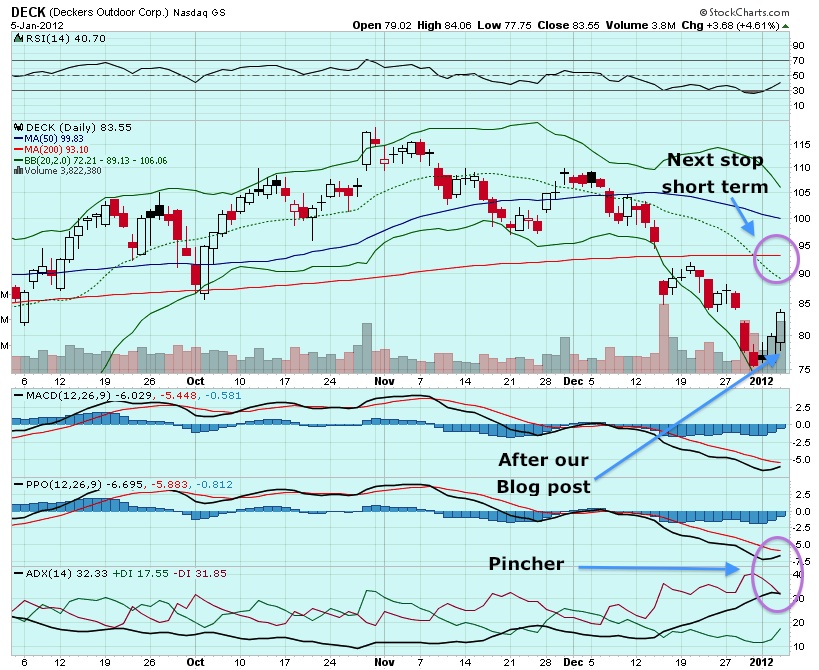 Only a few days later DECK hit out short term target to the penny at $90, and has since retreated. 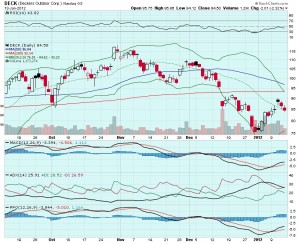 We wrote about PRX, a generic pharma company, on JAN 6th, when the stock was trading at $33.90. We brought the $35 calls currently asking .35, to the attention of our chat room based on some news of possible upside revisions to its performance. Those calls have now hit $1.50 for almost a 500% gain, and should be an even bigger gainer before expiry on friday. 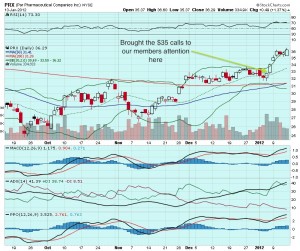 There were many other calls in the chat room. Make sure you check us out this week, as there is only TWO MORE WEEKS until out free trial ends.