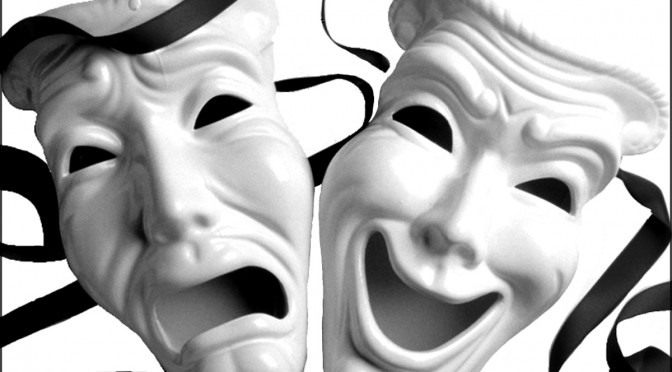 The Ancient Greek Comedy provided a break from reality, which is exactly what is currently being negotiated for Greece.... another break from reality.  Years of poor fiscal policy have led to debt levels that are impossible to service.  The reality is if Greece was a large corporation it would have done the obvious and filed for bankruptcy in 2011, and in 2015  we would be talking about the amazing Greece recovery, not how many more billions of Euro's they need just to survive the week.

In August of 2012 I noted just how adept Europeans are at soccer:

Who are the ones that will ultimately foot the bill for Draghi and the ECB's actions?  All those in the Eurozone, even the countries who have their house in order, such as Germany.  Bailouts and money printing do nothing but mask the underlying rot.  It prolongs the inevitable.

Give the central banks around the world a round of applause.  If can kicking were and Olympic event they would surely be gold medal winners.

We find ourselves yet again at another can kicking moment. 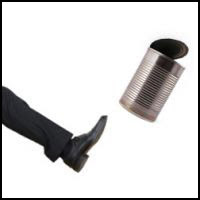 How prudent is it to continue to give a money addict more money?  How will Greece ever learn sound fiscal policy if they are just fed bailout after bailout when they run out of money?

We live in a World of instant gratification.  Fast food, microwave meals, gourmet coffee with one press of a button.  A World that thinks the word failure is a derogatory term.  Give everyone a first place medal.  Oh poor Johnny is upset because he didn't score a goal.

This mindset has spread like a plague.  Greece will not fail because failure will hurt.  It will hurt for a while and no one in this World wants pain.  They'd rather paper over it with more money.  The longer these bailouts persist, the greater the pain down the road.

Unfortunately the the Greeks are too busy living in their Ancient Greece Comedy to realize they are headed toward a Greek Tragedy.

The AP article on it from today:

Greece and its partners in the 19-country eurozone dug in for tough talks Wednesday as the country's finance minister unveiled the new Greek government's first concrete proposals on how to lighten its bailout program.

The emergency meeting of the single currency zone's finance ministers is the first since the radical-left Syriza party won the general election in Greece last month on a pledge to drastically reduce the burden of the country's bailout and the associated budget austerity measures.

Popular support for a change of course is strong in Greece, with thousands taking to the streets across the country Wednesday to give their backing to the government. Greek police say about 15,000 people attended a rally in Athens' central Syntagma Square. Another 5,000 gathered in the northern city of Thessaloniki.

While acknowledging the need to listen to the proposals from Greek Finance Minister Yanis Varoufakis, top eurozone officials played down expectations of a quick deal.

Without the bailout's financial support, Greece faces bankruptcy — and a possible exit from the eurozone, a development that could further damage Greece's economy, at least in the short-term, and throw global financial markets into turmoil.

Varoufakis has suggested Greece be granted a "bridging loan" to tide it over for a few months. In return, Greece would commit to further reforms, particularly on how to deal with the country's notoriously inefficient tax system.

"I'm confident we are going to have a very constructive meeting," Varoufakis said.

So far, eurozone officials have yet to embrace the idea of a new bailout deal.

Jeroen Dijsselbloem, who chairs the meetings of eurozone finance ministers, promised to listen to Greece's plans but suggested a conclusive deal was unlikely on Wednesday. The finance ministers will meet again Monday.

German Finance Minister Wolfgang Schaeuble agreed that a deal Wednesday was unlikely and that the meeting would be an opportunity for both sides to define "red lines."

"We will listen to the proposals of the Greek government, then we will see what we can do," he said. "I do not expect that we have any results today. We'll see, but it depends on what he (Varoufakis) tells us."

The new Greek government won elections last month on a mandate to get concessions from Greece's creditors, which also includes the International Monetary Fund. The IMF's managing director, Christine Lagarde, was also at the meeting as was European Central Bank PresidentMario Draghi.

On the eve of the meeting, Prime Minister Alexis Tsipras said there was "no way back" for his government in its quest to rewrite the bailout terms. Tsipras is due to meet his EU counterparts for a first summit meeting on Thursday, but the leaders are expected to shy away from any negotiations on the bailout deal, leaving that to their finance ministers.

Despite the divisions, the prevailing view in the markets is that some sort of compromise deal will be thrashed out over coming days. Still, markets have been volatile over the past two weeks amid the uncertainty. After big gains on Tuesday, markets were down on Wednesday. The main stock index in Athens fell 4 percent Wednesday.

That uncertainty was evident in the government's latest sale of 13-week Treasury bills at a significantly higher interest rate than at a similar sale last month. The higher rate indicates investors are more worried about Greece not repaying its debts.

Greece raised 1.13 billion euros at a rate of 2.5 percent, up from 2.15 percent at the last such auction on Jan. 14. The European Central Bank has said that Greece can issue up to 15 billion euros in such short-term debt. The Greek finance ministry wants to be allowed to issue a further eight billion euros-worth

4 thoughts on “A Greek Comedy”