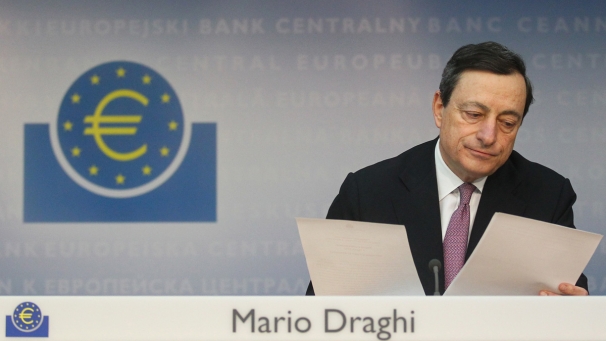 The FED takes second fiddle to European Central Bank and its President Mario Draghi this week.  Tomorrow before the markets open Draghi will let the world know whether his promise to do whatever it takes to keep the Euro zone together was nothing more than a ploy to buy Spain and Italy more time.  Today the FED did exactly what mostly everyone expected them to do.... nothing.  Which briefly weighed on risk, but ultimately didn't take too much wind out of the markets sails.  The consensus is for more easing to come in September, assuming the economic data remains weak.

The ECB, however, is likely to announce measures to help combat their own crisis that has spread from Greece all the way to the core.  This drawn out made for television drama has been going on for far too long, but don't turn the channel just yet, we are getting to the very interesting part.  In order for ECB President Draghi to save the Eurozone his way, which means printing Euro's to buy the sovereign debt of Spain and Italy, he will have to do so against the wishes of the Eurozone's largest economy.  The Germans are against artificially propping up Spain and Italy.  Again it comes down to the same theme we've encountered many times - moral hazard.  Who are the ones that will ultimately foot the bill for Draghi and the ECB's actions?  All those in the Eurozone, even the countries who have their house in order, such as Germany.  Bailouts and money printing do nothing but mask the underlying rot.  It prolongs the inevitable.

Give the central banks around the world a round of applause.  If can kicking were and Olympic event they would surely be gold medal winners.

With Draghi and the ECB tomorrow we sit right at June 4th trendline support.  Tomorrow is truly a print we go up, don't print we go down type day.  We have broken that June 4th trendline before and rallied back above it, so all is not lost for the bears if Draghi disappoints.  If we break support I see $SPY heading back to $136.  If the printing presses get turned on we could be looking at new highs for the market before the end of next week... and then the chit will really the fan. 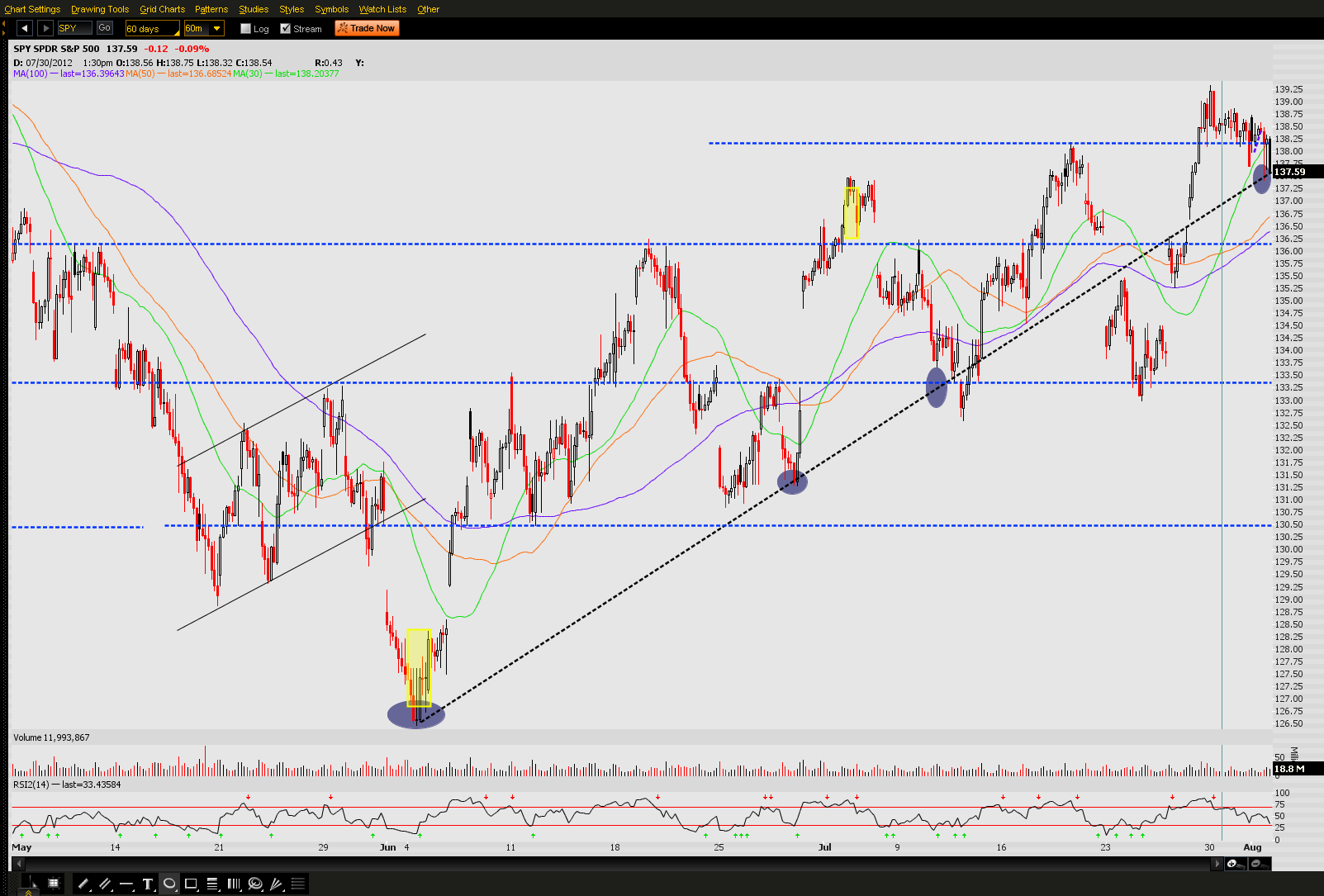