It only takes one to bring them all down.

What takes years to build can come crashing down in minutes or seconds even. Tiger Woods was an icon, a role model, an all-time great before a scandal six years ago changed his life and legacy forever.  Confidence and trust can take a lifetime to build and mere moments to erase.  This holds very true for  the stock market.  Six plus years of relentless upside, a historic bull market, has created a risk-free perception.  A trust and confidence that the market will withstand the storms and continue to move higher.

Almost 8 years ago there was no trust in the market.  Lehman Brothers had just went belly up.  The stock market was crashing.  Renowned financial hosts were telling everyone to sell and hide their money for 5 years (which ended up being a terrible move).  This fear led to massive redemptions of hedge and equity funds.  The selling did not abate until March of 2009.  Obama was one of the first to say it was time to buy.  He came into office with the stock market in shambles, there is a chance he could be leaving it the same way.

I mused before 2016 started that this would be the year where the bull market ends.  The trend is over.  The side effects of the Central Bank games will finally come to a head.

This is what I said:

(4) The historic bull market in stocks and housing that started in March 2009 will come to an end.  If the current market was a house, the paint would be cracking, floors squeaking, the siding would be warped, roof shingles missing, the driveway filled with potholes, a rusted mailbox....  If this was 2007 the home owner would just take out a giant home equity loan and fix the place up.  If it was 2008 the home owner would just stop paying the home equity loan and talk nice to the mortgage company.  If it was 2015, one of the best years for housing since the housing bubble, the homeowner would sell and buy something else.  Mortgage rates have never been lower.

Low interest rates make that fixer upper with peeling paint and a crappy 1980's style  green tiled bathroom cheaper to buy.  That green tiled 80's bathroom doesn't look as nice when interest rates rise.  Those buying a house in 2015 are going to be underwater in 2016.

The market will come back to test the August 2015 lows. And when that happens I think there is a good chance they will not hold.

What is that first Domino that will bring all the others down?  It's becoming clear that there could be one of many Dominoes ready to bring the rest down.

(1)  China?  Their growth continues to lose momentum.  At this point you have to wonder if the great China growth story is officially over.  And if it is what are the ramifications for the Global Economy?

Despite China's lackluster GDP growth it's stock market spiked over 100% from late 2014 into the middle of 2015.  This was not a sustainable rally and it was built on much of the same failed themes from the internet bubble in 2000.   The rally went off the tracks in the middle of 2015.  Officials in China did everything they could to stop the market from falling, yet it kept falling.  In 2016 the market in China continues to fall.   The fear is the  growth engine that has been helping to fly China's economy, which in turn has helped to fuel the world economy, is aging.  The crash landing that many have been talking about the last few years may be starting to come to fruition.

(2) Crude Oil?  Everyone who drives a car knows the cost of gas has been falling for over a year.  It was June 2014 when the crude oil crash began.  It started as a wonderful break for the consumer.  Low gas prices are great.... at least when you have a job.  The oil industry has been the giver on many jobs since the Financial Crisis in 2009.  With crude oil plunging, we are on the cusp of seeing the oil industry give back those jobs.  Cheap prices are meaningless for a consumer that has no means at which to take advantage of cheaper prices... aka you need a job.  Of course the latest jobs report on Friday put the unemployment rate at 4.9%, the lowest figure in over 8 years.  I think the market knows better and it is pricing in a jobless rate that is likely to move higher this year.  One of those factors will be jobs lost in the oil industry.  Another side effect of the crude oil collapse is energy debt defaults.  Defaults are deflationary. While we may get sharp bounces in 2016 - 2017, the bull market in crude oil is over.

(3) Deflation?  The unemployment rate is at 4.9% which by the FED's standards is fuller than full.  Full employment by  historically has been a rate of 5-5.2%.  Has the unemployment rate peaked?  The NFP is a lagging number, the most recent report for initial jobless claims saw an 8k gain.  The trend looks to be changing?

On Friday the 4.9% rate marked an 8 year low,  which makes you believe the economy is roaring on all cylinders.  But its not.  Amid a robust jobs market, and thriving economy would be rising prices.  Prices have been rising for things the 1% buy.  Their summer, spring and winter homes.  Collectibles.  Art.  Fancy cars.  But for the rest of us, prices remain subdued.  Helping to fuel this deflation is debt issued at artificially low interest rates in a risk free FED fueled asset price manipulation scheme, blowing up in the face of the issuer.  When money goes poof, its gone.  And it is deflationary.  Also fueling deflation will be the continued rally for the US Dollar. 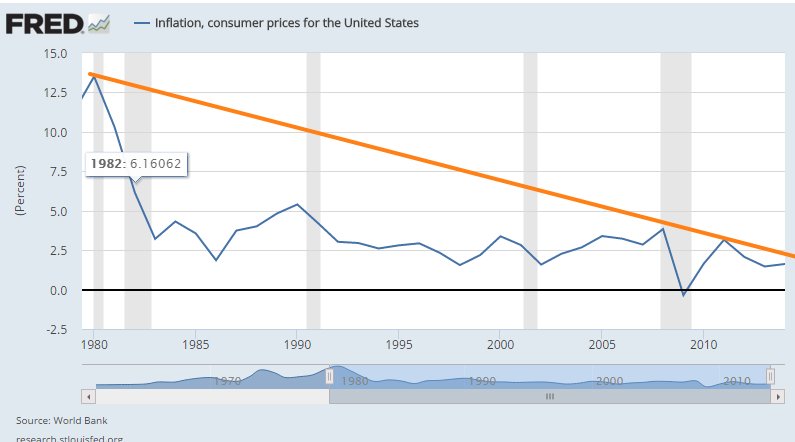 (4) Higher Cost of Capital?  It is becoming clearer in 2016 that the market is starting to price risk again.  Which is also something I thought would happen this year.  After 6+ years of FED backstop, the training wheels are coming off and the market is teetering all over the place.  Why?  Because it is trying to price risk in a market that doesn't have the FED holding its hand.   Risk is making a comeback in 2016.  Pricing in risk means the free money of yesterday is gone.  All that free money corporations have been using to augment their stock price via share repurchases to their treasury?   Gone.  All that debt that needs to be refinanced at a higher rate?  It means a higher cost to borrow and its time to pay up or default.

(5) Real Estate?  Commercial real estate hums along amid a free money economy.  Rents soar and CRE firms dole out all their profits dividends/buybacks  to their happy shareholders.  It is one big happy money machine.  But what happens when rent prices peak?  The first store leaves amid an un-afforrdable rent.  No one steps in to take its place.  It creates a domino affect.  As risk comes back into the market mortgage rates will rise.  This will cause house prices to fall.  As I said before the year started those who bought a house in 2016 will be underwater in 2016. The question is, how bad will it get?

Median Prices for new homes hit a new record high late in 2015.  Prices have started to pull back.  At some point price reaches a level of unsustainability.  And when that occurs those who were buying at the record levels are sitting on an asset that is worth a lot less than what it was a few years, or even a few months ago.  This is deflationary.

(7) The Next Bear Sterns/Lehman?  Zerohedge the purveyor of bearish news since the market crashed in 2008 has the next bank to trigger a new financial crisis.    We are back to the $72 trillion worth of derivatives ready to blow up headline.  We know how this worked out for AIG.  The question is, how will this get resolved this time around and what are the implications for the stock market?

Here we stand thus far.  The question now, is when will we break support?

It took 6+ years to craftily construct a 200%+ gains for the stock market and to garner the respect and confidence of market participants.  But just one falling domino could reverse all those years of work.

After a historic bull market from 2009, in 2016 we had a historic melt down for the stock market to start the year.  I did not expect the selling to come this quickly and decisively.  This is telling for market participants.  The buy the dip theme of the 6+ year bull market has morphed into sell the rip.  The momentum stocks of years past are losing their luster.  Tech IPO's  remain on the sidelines in 2016.  2015 was the worst year for tech IPO's since 2009.

Bonds remain well bid despite the FED hiking rates late last year.  Smart money is parking its cash in the bond market while it waits out the next move for the stock market.

This is what I think the market will do over the next 6 months.

Short term market participants are leaning heavily to one side, more downside.  I think we could see a relief rally in the short term, even recover $200 on $SPY before succumbing to more selling pressure.

Longer term I think The rate hike in December will be reversed and  the FED will move rates into negative territory to combat a bout of nasty deflation.  The initial response will be a spike higher, reality will set in as this actin will signal a FED that has run out of means to combat reality.

Since 2009 - Cheap debt fueled a historic rally in stocks, bonds, and real estate, amid a 'riskless' environment.  Risk is back in 2016 and its going to make for some incredible market action.

For the short term, key levels for ETF's remain:

I don't expect this market to give up 6+ years of gains easily, or in one month.  There will be rallies that may convince everyone the bull market is back.

I was early late last year in calling for downside.  Data was crumbling.  Manufacturing turning lower.  But the market rallied into the start of December 2015.  It's been a rocky ride since then.

Will we get another central bank to help paper over our current issues?  Since the financial crisis in 2009 Central Banks have been quick to react to market turbulence.  But we also saw with the China stock market collapse, that amid an equity rout, aside from arresting anyone who sells a share of stock, Central Banks can only do so much.  One thing is for certain:

It is going to be a turbulent year.  It's the perfect time to Join the community in 2016.  See you in the chat room on Monday.