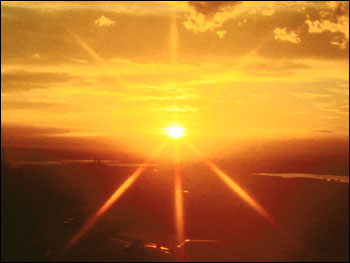 Draghi and the ECB issued their annoucement minutes ago, but no details were revealed of their plan to save the Eurozone. Markets are expecting moey printing and bond buying, if they get anything less than that look out below. Futures are starting to spike higher as is the EUR/USD which is over 70 pips higher this morning.

Another day, another ramp higher in stock futures. Again yesterday the market fell apart right near the close. That is three sessions in a row where we get strong selling into the close. Stocks were rather calm in spite of the FOMC decision to do nothing, but many feel they will start QE3 in September unless we get a rapid rebound in economic data.

Still awaiting Draghi and the ECB this morning, which will likely move the market. Stock futures hit their lows around 4AM and have moved higher ever since. This is turning into a pattern lately and we've seen this type of action during QE1 and QE2 when futures would fall and then recover their losses and rally overnight.

With stock futures higher, the EUR higher, you would expect gold and silver to be higher as well, as Draghi is expected to announce, much to the chagrin of the Germans, a money printing scheme to buy Spanish and Italian bonds. Should Draghi announce money printing and gold/silver make anything less than a modest move, I think both will offer a great profit opportunity. Gold has lost some of its shine lately, but more printing should give it a renewed sparkle.

This is a day that will move based on the ECB. That announcement will come at 7:45am. For short term option traders we must wait to see what the outcome is and plan accordingly.

Tonight we have earnings from LNKD and MCP.

U.S. stock market futures edged higher Thursday, but caution remained the watchword as investors waited to see if the European Central Bank will make good on recent pledges to do its part to help support the beleaguered euro.

But observers said the real show comes when the European Central Bank makes its policy announcement at 7:45 a.m. Eastern time, with a press conference by Mario Draghi, the euro zone's top central banker, to follow at 8:30 a.m. Eastern.

The bar has been set so high by markets that many analysts say Draghi can hardly reach it, but they are looking for him to follow up his recent statement: that the central bank will do "whatever it takes" to preserve the euro.

"This is Draghi's key moment, when he has a chance to reinforce his powerful rhetoric with some equally powerful actions," said Chris Beauchamp, market analyst at IG Index. "However, there is always the possibility he will do nothing, or that the announced plans fail to live up to investors' high expectations.

"If that occurs, the damage to fragile investor confidence could be severe," said Beauchamp, in emailed comments.

Earlier, the Bank of England left key rates unchanged after the close of its meeting.

Data from the U.S. include weekly jobless claims, due at 8:30 a.m. Eastern, followed by factory orders for June, to be released by the Commerce Department at 10 a.m. Eastern.

Away from economics, Time Warner Cable Inc. (TWC), General Motors Co. (GM.XX) and Kellogg Co. (K) are among the companies whose quarterly results will draw scrutiny before the market opens.

Among stocks in focus, shares of Green Mountain Coffee Roasters Inc. (GMCR) rose 14% in pre-market trading. Late the prior day, the group cut its fiscal 2012 financial targets for the second time since last May. It also announced a plan to buy back $500 million of stock.

In other markets, Asia stocks finished mostly lower amid skepticism that the ECB will announce any new or bold measures. Chinese stocks sank on a sharp fall in property developers, with the Shanghai Composite Index closing down 0.6%.