Game 1 of the World Series lasted 14 innings and ended in the wee hours of the morning, making today is an extra coffee type day.  To top it off we have the FED later today and the docket is Choc Full- O-  Earnings.

Stock futures are higher by a little over .1%.  Not exactly a caffeine rush, but the opening bell has yet to ring. 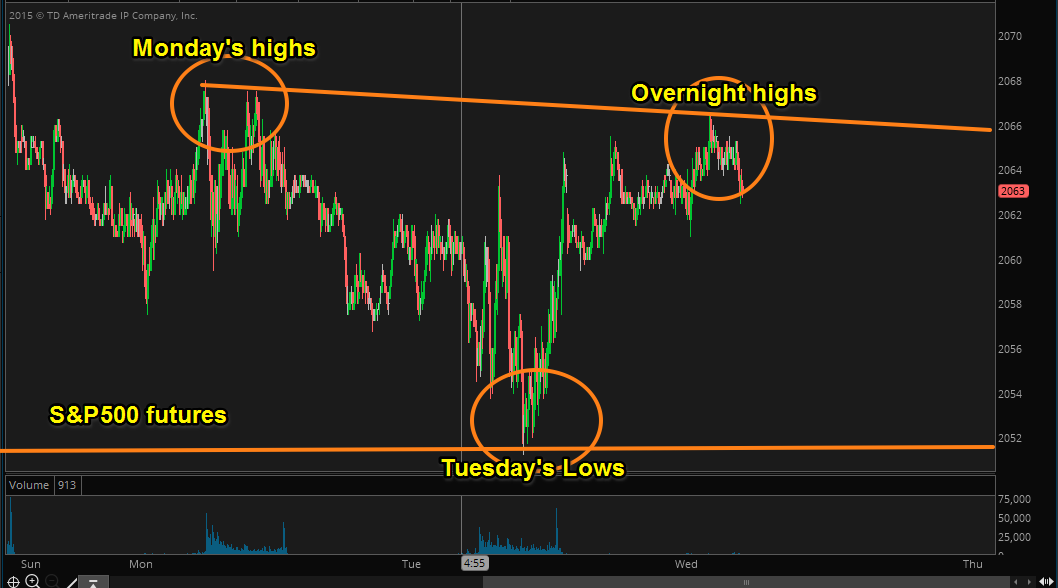 In Case You Missed It

After yesterdays bell $AAPL and $TWTR were the two big earning reporters with each going the opposite direction.  $AAPL is higher $TWTR is lower.

On the heels of the $AAPL earnings move $QQQ tracked within $.50 of a new all time record high.  The NASDAQ has been the leader off the August crash lows. 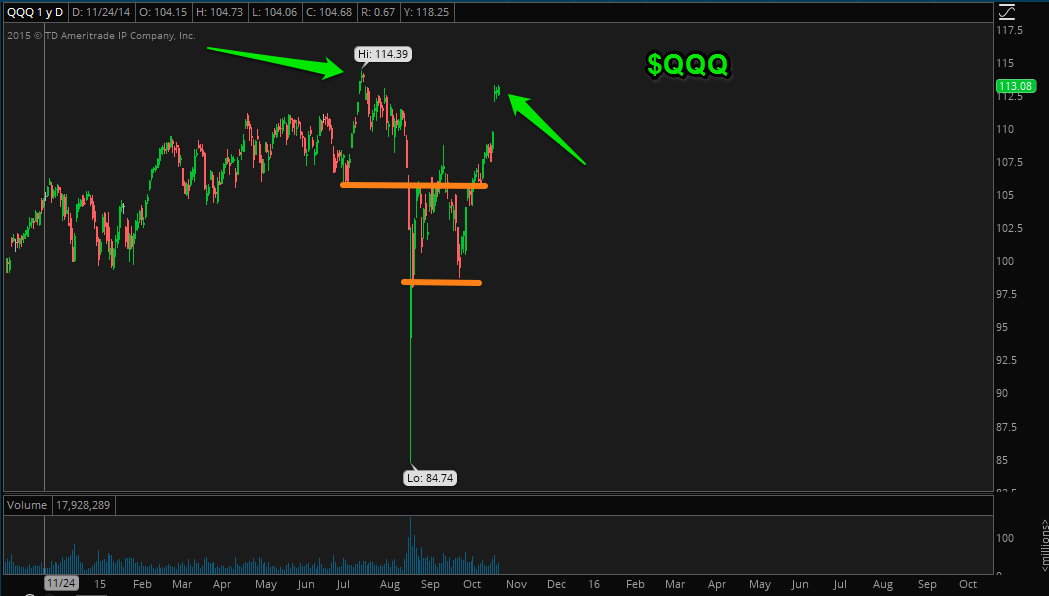 Energy and Crude oil was leading early on from the lows in August, but both have started to get pulled back down. 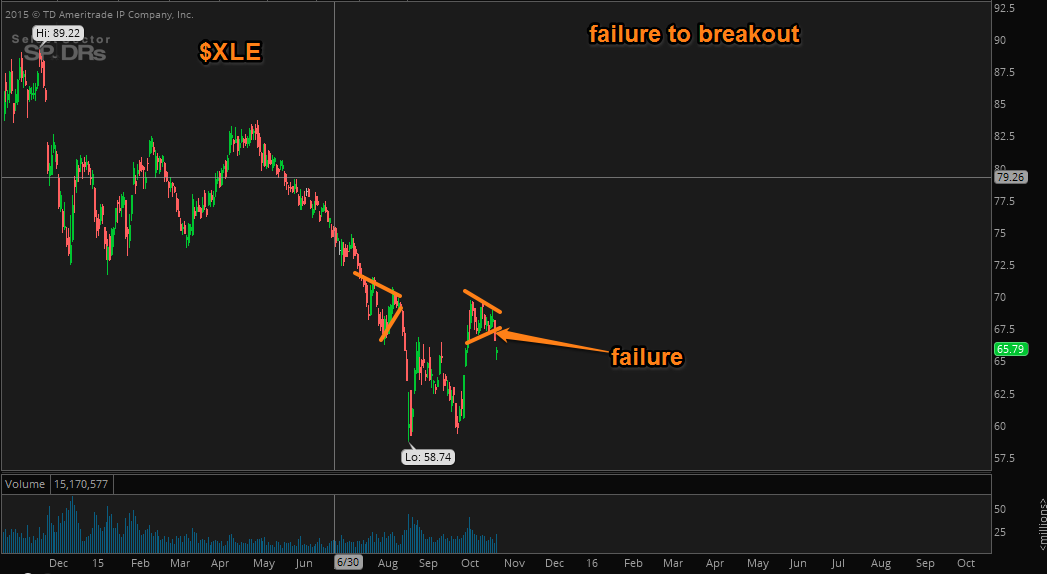 Crude oil is up near 1% this morning.  A relief rally appears to be in order.  Time and depth of that rally will be vital. 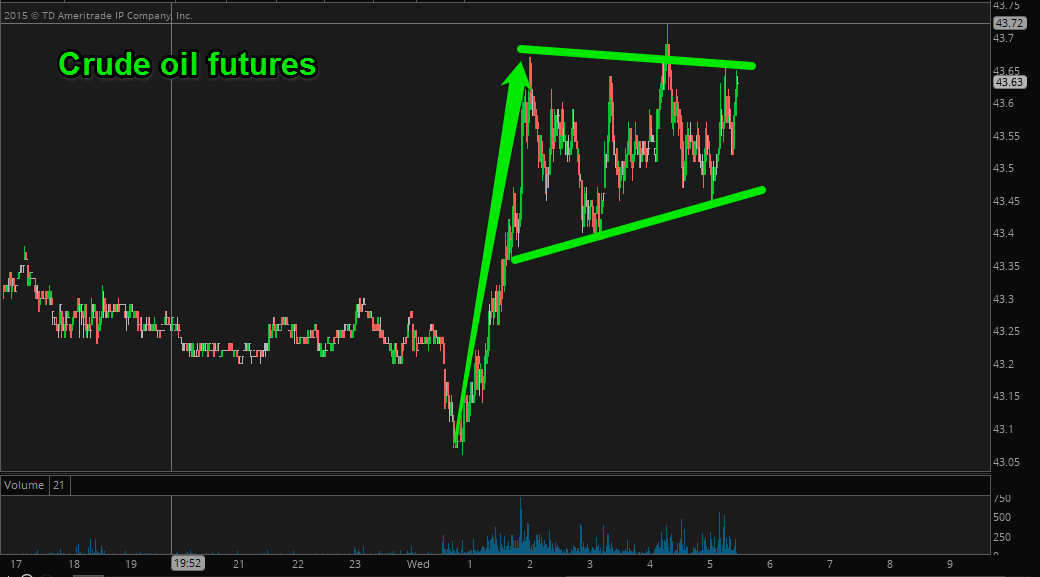 and with the FED later today the US Dollar remains one to watch.  Currency moves have quieted down the farther into 2015 we've gone.  It seems many years ago when the Swiss dropped the nuclear bomb on the currency market and stock price fixing the Franc.

It's all Swiss To Me 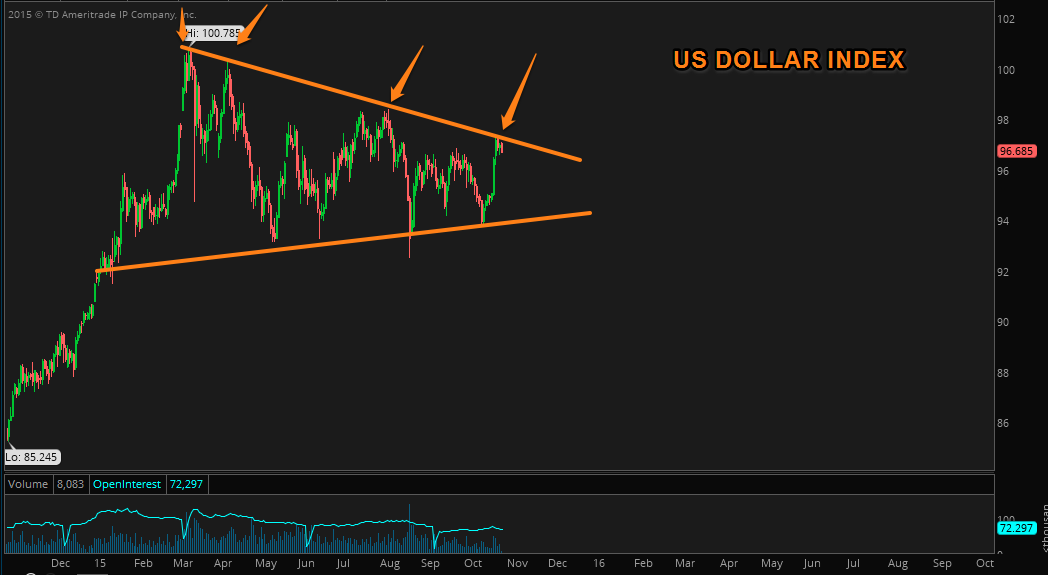 In a world where every central bank has taken the baton from the FED and run with ZIRP and currency devaluation, the US Dollar is the cleanest PEN at  the Pig Farm.

Longer term this will equate to currency headwinds for the multi-nationals, emerging market debt, commodities.....

AAPL, TWTR, earnings, the FED, US Dollar... it is a day Choc Full of Action.  After a quick morning dip and reversal higher the market should remain range bound until the later afternoon.

Here is what to watch today.

See you in the chat room with an extra cup of coffee.