An enormous option block went through a little while ago for the VIX. The April $24 calls saw an over $5.4 million purchase at $1.10, for a total of 49,900 contracts. That's an amazing bet for a rise in volatility between now and April. The VIX, which is trading at 12.89, would have to almost double for those calls to be worth what they were purchased for this morning.

At the start of 2013, I also highlighted a similar trade. An over $7 million out-of-the-money trade on $LNCO for the downside that ended up being a huge windfall for whoever initiated it. Will this VIX trade turn into a massive profit or an epic loss? I have an odd feeling, just as I did with $LNCO last Winter, that this VIX trade will turn a profit down the road. Here's why:

Notice how the VIX spiked precisely after this massive option trade went through? It's since melted back to its previous levels. 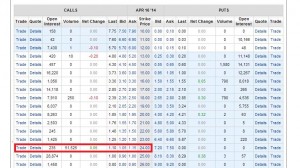 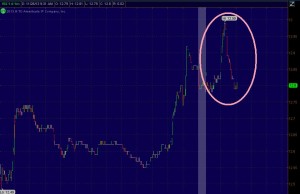