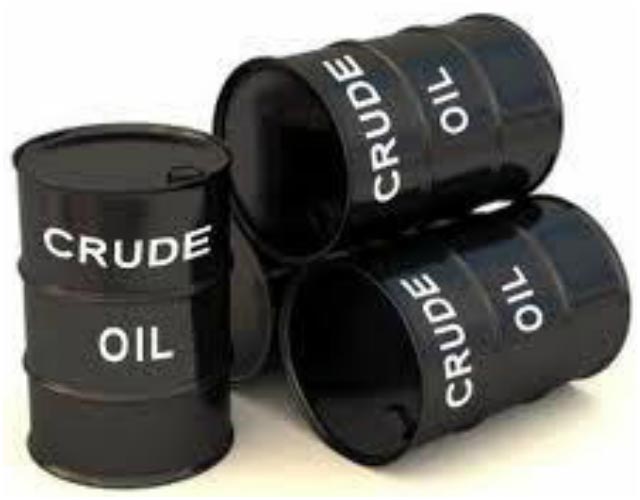 With $USO breaking out higher like I thought it would, where is the top?  Where does this rally stop?

I wrote about the looming $USO spike here:   https://www.optionmillionaires.com/2013/uso-oil-spike-coming/

The calls I highlighted there are up over 300%.

Here are two charts I put together.  The first chart is from earlier this week and illustrates where I saw $USO headed short term.  The next chart represents where I see support and resistance going forward.   The dotted line is where I expect the rally for $USO to stop and the solid line is where $USO will head if all the stars align perfectly.

A war in the Middle East will spur panic buying.  When that subsides $USO will be below where it trades today.  But for now it offers a great opportunity. 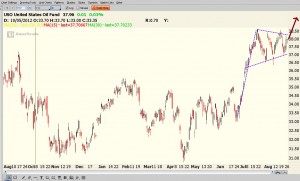 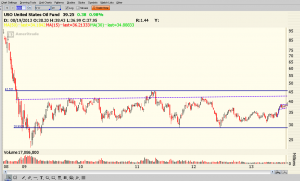