As of today, likelihood of September #Fed rate hike heading toward 90% pic.twitter.com/Y1d98svPRr 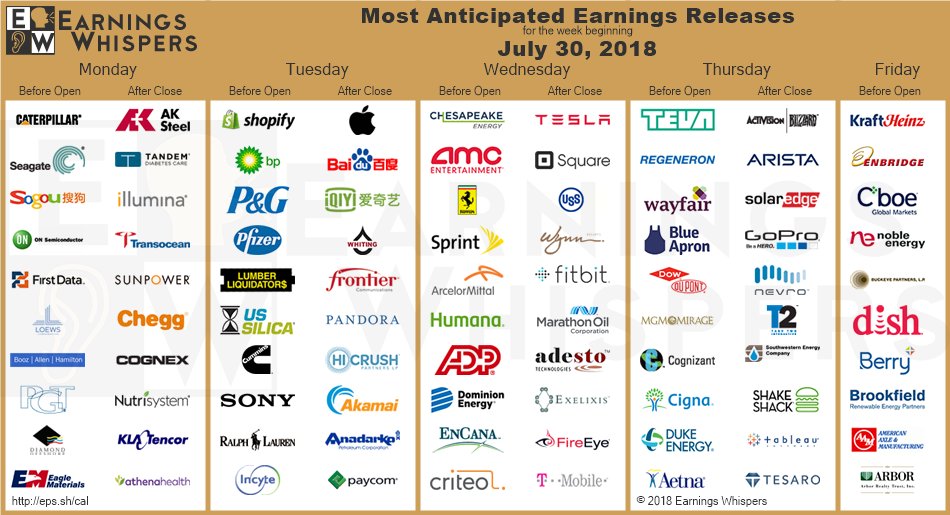 It's a down day for stocks across the globe amid fears of an escalating trade dispute between the U.S. and China. "The increase in the possible tariff rate (to 25% on $200B of Chinese goods) is intended to provide the administration with additional options to encourage China to change its harmful policies and behavior and adopt policies that will lead to fairer markets and prosperity for all of our citizens," U.S. Trade Representative Robert Lighthizer said in a statement.

Markets suggest a 91% chance of the Bank of England returning interest rates today to levels unseen since the aftermath of the financial crisis. The Monetary Policy Committee is expected to raise the figure from 0.50% to 0.75%, despite a weakening outlook for the U.K. economy and growing risks from Brexit. The BOE's remarks will also be critical to sterling's next shift.

Stepping up pressure on Ankara to resolve a dispute that has created fissures between the two nations, the U.S. Treasury Department has imposed sanctions against two top Turkish officials. Any property of the ministers of justice and interior within U.S. jurisdiction will be frozen due to "serious human rights abuses" for their roles in detaining Pastor Andrew Brunson.

Fresh off announcing a $113M infrastructure fund as part of the White House's Indo-Pacific blueprint, Secretary of State Mike Pompeo is beginning a five-day visit across Malaysia, Singapore and Indonesia. U.S. engagement with Southeast Asia is typically framed as a counter to Chinese dominance in the region, and some are worried that the current trade war could force nations to choose openly between Beijing and Washington.

Calling the wildfire situation in California "the new normal," Governor Jerry Brown said the state has sufficient funds to pay for firefighting costs from the more than dozen large blazes. However, he also cautioned on fiscal stress, stating a downturn in the Californian economy is inevitable at some point and could require borrowing for such emergencies.

Canada's government is scaling back elements of its planned carbon tax regime to address worries from the business community about global competition, WSJ reports. Under the changes, industrial companies would now have fewer of their emissions - 20% versus the original 30% - subject to the levy. The carbon tax takes effect next year, and starts at 10 Canadian dollars (US$7.68) a metric ton and rises gradually to C$50 by 2022.

Wall Street was expecting worse... Tesla (NASDAQ:TSLA) soared more than 9% in AH trading on Wednesday despite reporting the biggest loss in its history at $717.5M. The company reassured investors it would achieve a profit later this year, as a rush of Model 3 sales in Q2 helped it burn much less cash than expected. CEO Elon Musk also apologized multiple times on a post-earnings call for his past behavior and reaffirmed production targets.

Reports that Google may return to the Chinese market are not true, according to state-owned China Securities Daily, which cited information from "relevant departments." The Intercept reported yesterday that Google (GOOG, GOOGL) was planning a local censored version of its search engine that would block some websites and certain search terms, sending shares of Baidu (NASDAQ:BIDU) plunging 8%.

Starbucks has officially confirmed its partnership with Alibaba (NYSE:BABA). The deal "opens up 500M or more active users of those apps (Alipay or Taobao or Tmall or Hema) that will have access to Starbucks (NASDAQ:SBUX)," CEO Kevin Johnson declared, adding that the company will partner with Ele.me on food delivery from more than 2,000 Chinese stores by the end of 2018.

The Canadian unit of Molson Coors (NYSE:TAP) has entered a deal that will allow it to develop cannabis-infused beverages in the Great White North. It's teaming up with Canadian cannabis producer Hydropothecary (OTCPK:HYYDF) to "participate in this exciting and rapidly expanding consumer segment." Marijuana use in Canada will become legal later this year.

Suggesting IPO sentiment is still weak in the tech sector, Sonos has cut the price of its listing to $15 a share, below the expected range of $17 to $19. In selling 13.9M shares, the maker of smart speakers for the home would raise $208.5M and be valued at just under $1.5B. Sonos is scheduled to start trading this morning on the Nasdaq under ticker symbol "SONO."

DraftKings has become the first company to roll out mobile sports betting in New Jersey as legal sports wagers slowly spread through the U.S. The new regulations, passed in June, require mobile providers to operate through casinos and racetracks in the state that already have land-based sports book operations. For DraftKings (DRAFT), their partner is Atlantic City's Resorts Casino Hotel.

Bank news roundup: Barclays (NYSE:BCS) -0.8% premarket despite tripling profits in its best quarter in more than three years, boosted by a pickup in trading revenue and lower bad-loan losses. JPMorgan (NYSE:JPM) is being investigated by the SEC for its handling of so-called "pre-released" ADRs between 2011 and 2015, while Wells Fargo (NYSE:WFC) has agreed to pay a $2B penalty over decade-old mortgage loans.

Already moving several hundred million dollars of assets to support the new hub, Credit Suisse (NYSE:CS) has chosen Frankfurt as a key post-Brexit center for its investment banking and capital markets business. The Swiss group is also moving 50 traders to Madrid and recently confirmed it had been granted a new brokerage license in Paris.

Spanish taxi drivers have ended a six-day strike that blocked the country's major roadways after the government said it will limit licenses for online ride-hailing companies such as UBER. Separately, Southeast Asian rival GRAB has secured new investment of $1B from a clutch of financial firms, including OppenheimerFunds and China's Ping An Capital.

Investigators have retrieved the black boxes from the Aeromexico E190 passenger jet that crashed in northern Mexico shortly after takeoff on Tuesday. While the 103 passengers and crew survived by evacuating the plane before it caught fire, nearly everyone on the flight suffered minor injuries. Representatives of Embraer (NYSE:ERJ) and the maker of the plane's engines, General Electric (NYSE:GE), are assisting in the probe.

Four people have tested positive for Ebola in eastern Democratic Republic of Congo just a week after another outbreak that killed 33 people in the northwest was declared over. Twenty people have already died from hemorrhagic fevers in and around Mangina. The area also has strong trade with neighboring Rwanda and Uganda, raising the risk of the virus moving internationally. Related tickers: MRK, JNJ

Silicon Valley's Zest Labs has accused Walmart (NYSE:WMT) of stealing its "Eden" technology to prolong the shelf life of produce and reduce spoilage. In its $2B complaint, Zest said it was "stunned" in March when Walmart claimed to have developed Eden internally over six months through a "hackathon" among its own engineers. The two had worked together for years before the retailer lost interest last November.

While steering clear of potential quarrels, Amazon (NASDAQ:AMZN) and other retail companies have formed a new group called the Package Coalition. It will lobby to keep the U.S. Postal Service's services "reliable and affordable" and take the company’s case to the public as the government weighs changes affecting USPS. A task force set up by President Trump is due to recommend postal reforms to the White House in the coming days.