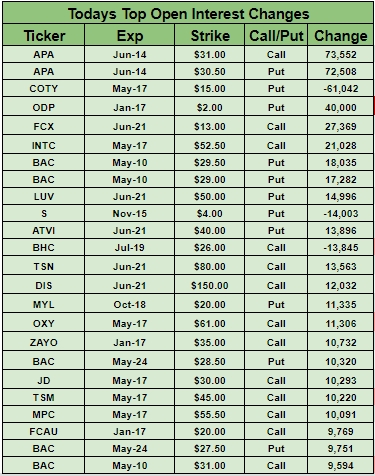 U.S. stock futures point to a lower open as trade tensions escalate. China's vice premier arrives in Washington for trade talks even as the country warns that it will retaliate if President Trump makes good on his threat to boost tariffs on Chinese goods Friday. Hong Kong's Hang Seng Index closed down 2.4%, and the Shanghai Composite Index fell 1.5% after China reported weaker-than-expected lending data for April. Major indexes are also falling in Europe. Crude oil, down 0.5%, also got caught up in the downdraft. Meanwhile, investors have turned to safe havens. The 10-year Treasury has rallied, pushing yield down almost 4 basis points to 2.45%. U.S. economic data on tap this morning include international trade, producer price index and wholesale trade.

President Trump amped up rhetoric about a Friday deadline to raise tariffs on Chinese goods with comments at a political rally Wednesday night, sending Asian markets lower. "They broke the deal," he said, but "don't worry about it," suggesting there's "nothing wrong with taking in $100B a year" in tariffs. Doubters already wondered whether a U.S. visit from China's Vice Premier Liu He could avert the new tariffs.

Nestle (OTCPK:NSRGY) plans to roll out the vegan 'Awesome Burger' in the U.S. this fall to complement the Incredible Burger products sold at 1.5K outlets across Europe. The food and drink company plans to carry the vegan burgers in U.S. retail stores, quick-service restaurants and food service operators. "I think we have a lot to show in this area," CEO Mark Schneider told CNBC. Nestle's expansion in the plant-based food area will place it in competition with Beyond Meat (NASDAQ:BYND), which investors have bid up by 189% over the meat substitute upstart's IPO pricing level in just a week.

Tech giant SoftBank Group (OTCPK:SFTBY) has engaged Nomura (NYSE:NMR) and Goldman Sachs (NYSE:GS) as it shifts ownership of Yahoo Japan (OTCPK:YAHOY) to let its affiliates collaborate more easily - a nice win for Nomura after its first annual loss in 10 years. SoftBank Group will sell its 36% holding to Yahoo Japan, which will cancel the shares and then separately offer new shares for sale to mobile subsidiary SoftBank Corp. for about $4.1B.

Fox (FOX, FOXA) and The Stars Group (NASDAQ:TSG) surged in post market trading Wednesday evening as the two announced a unique partnership that gets Fox Sports into sports betting. Under an umbrella concept called FOX Bet, the two companies will initially launch a free-to-play game with cash prizes as well as a real-money wagering game in states where that's allowed. The deal includes Fox taking about a 5% stake in The Stars Group.

Takeda sheds two products for up to $5.7B

Aimed at sharpening its focus as it digests the Shire acquisition, Takeda Pharmaceutical (NYSE:TAK) has agreed to sell its Xiidra 5% eye drop to Novartis (NYSE:NVS) and its TachoSil Sealant Patch to Johnson & Johnson (NYSE:JNJ) unit Ethicon. Under the Novartis transaction, Takeda will receive $3.4B in upfront cash and up to $1.9B in milestones. Ethicon will pay ~$400M in upfront cash to acquire the surgical patch designed to control intraoperative bleeding.

Toyota (NYSE:TM) and Panasonic (OTCPK:PCRFY) will team up on a venture to work on technology to provide the "connected" home with personalized services. They're already partners, collaborating in a joint venture to build electric-vehicle batteries, but a new revenue stream could ease concerns that automakers and their suppliers are facing as new entrants heat up competition in auto manufacturing.

BlackRock pulls out of rescue deal for Italian bank

BlackRock's (NYSE:BLK) withdrawal from the proposed deal increases the possibility that the Italian government may have to bail out Banca Carige (OTC:BCIGY). BlackRock, which was to have bought about half a 720M euro ($806M) share issue, rejected the proposed deal for reasons including excessive risk. The deal would have given BlackRock control of Italy's 10th-largest bank.