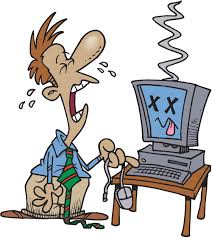 Over the past few years we've been inundated with reasons to sell stocks.  Cyprus, Syria, The Taper, Greece, Spain, Portugal, The Sequester, The Debt Ceiling, The Debt Downgrade..... the list goes on and on......  I stated that when we finally saw stocks fall without any reason, that is when I would get worried about owning stocks.  Could we be seeing a long awaited, long term top in the stock market?

Is the recent sell off signalling a top in the stock market?  I'm not so sure.

I penned this piece last Summer with the $SPY at $164 and with everyone calling for a further weakness. https://www.optionmillionaires.com/as-long-as-these-pullbacks-have-a-name-stocks-head-higher/

This past week stocks continued a sell off that started after last Fridays  jobs report.  The difference between the recent sell-off and those of the past is this time.... there is no excuse... at least according to the financial media.   This is worrisome,  but I think the excuse is so mundane, that is doesn't warrant explanation on your favorite financial network.

Who wants to blame a sell-off on something as simple as tax implications?

Look no further than some recent sales from $FB insiders:

Such is the case with Facebook, where COO Sheryl Sandberg has sold $398 million worth of shares since the company went public in May 2012. Regulatory filings show Sandberg sold a net 2.9 million shares in the past six months, taking in $155.6 million. Most of her sales were pre-planned, a setup intended to prevent insider trading for key executives. And, a chunk of the proceeds were used to pay taxes

How about investors who were up big on some tech names heading into 2014?  $NFLX, $TSLA, $PCLN, $GOOG, $YHOO to name a few.  Even after the big pull back we've seen the last few weeks all of these stocks are still up nicely the last 52 weeks.  What are you going to sell in 2014 to pay 2013 taxes?  A stable, dividend issuing blue chip, or a stock that's up over 100%  the last few years?

If we see stocks move off current levels to higher prices this week, we can blame the recent bout of selling on nothing more than the mundane selling of high flying stocks  to pay tax bills.

In spite of the great "Tech Wreck of 2014" the big tech stocks are still doing well over the last year:

While I am not ruling out continued weakness for stocks, I do think the recent pull back, and the tech weakness has an excuse.  It's just not the one that sells advertising time on the networks.