Since the middle of January, stocks have been selling off and that sell-off has gained momentum heading into February. Yesterday's collapse of over 300 DJIA points has the bulls reeling and the bears emerging from their caves.

Where are stocks headed short term?

In the middle of January, I penned this post on the blog:

Investor sentiment was quite bullish that day, look at it now.

Our Heisenberg Indicator, which last summer said the $SPY was going to $185 by years end, signaled a sell-off to start 2014:

If you want to look at where the market is headed just based on the HI's short term chart, it is pointing toward a move to $SPY $180.

This is the first HI projection for 2014, and there will be updates in the next few days. 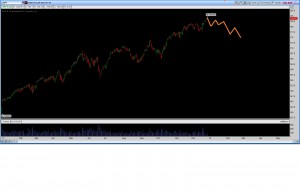 In my market video on Monday morning I noted support and saw the $SPY $175 level as an important line in the sand.  $SPY closed below that level yesterday but today we are trading over it.  What also has my attention is the RSI, which has seen this type of readings twice before over the last 2 years.  Each time the RSI has dipped into the oversold area,  stocks have bounced back with vigor.

I think stocks have bottomed for the short term. It is healthy for a market to pull back and every pullback since March 2009 has been a tremendous buying opportunity. Will this particular pullback be any different? Are stocks poised for a crash from current levels?

I look at the media today and yesterday. Many of those who were bullish at the highs are now bearish at the lows. Go figure.

Even more telling, from my perspective, is that we know why stocks are pulling back. It's chaos in emerging markets and continued weak data out of China. There are excuses to sell. When the market starts crumbling for absolutely no named excuse, that will be the time to start getting heavy into some PUT leaps.

Right now, while the VIX is elevated, I still don't sense the fear. This is an orderly pullback and one that should be bought. 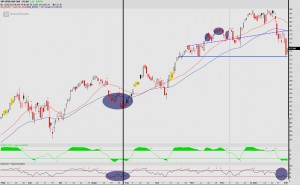 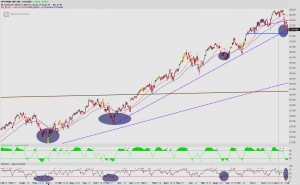