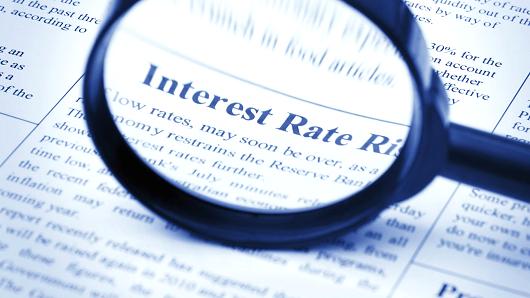 Cheap money has fueled a stock market rally to never seen before heights.   This week almost every Index under the sun hit a new all time record high.  Just how much longer can this bull market last?

The election day surprise  that brought us  President Elect  Donald Trump has market participants dreaming of drastic corporate tax  cuts, easing of government regulations, and dramatic increases in government spending, which has sent equity prices soaring.  Small caps are up  every single day since the election and 14 consecutive trading days overall.  It has  been a mind numbing rally.

The stock market has been the place to be since the financial crisis recovery lows of March 2009.   President Obama called the bottom for the market just a few months into his presidency... and with just a few months left of his 8 year run - it's still going.

Bonds have also have been performing well amid the easy money policies of every Central Bank in the World.

The cheap, easy policies of the Central Banks have fueled a massive debt bubble.  One that has grown exponentially over the last 35 years.

The yield on a 10 year treasury has been falling for 35 years, while the stock market has been doing the exact opposite.

Corporate and Public Debt levels have never been higher.

The massive debt bubbles have been fueled by cheap money.

What happens  when cheap money isn't so cheap anymore?

But what about the 35 years of exponential debt growth?  What about the distortions created by keeping interest rates near zero percent for almost 8 years?

Cheap money has fueled the biggest debt and asset bubble this side of the Gamma Quadrant.  This bubble has been blown by the Central Banks and their accommodative  policies.  These policies work great when deflation or stable prices rule the day.  But when inflation comes rearing its head, cheap money only adds fuel to the fire.

With higher interest rates comes a higher cost for capital.  The cheap money era comes to an end.  All those corporations using their equity as a piggy bank will find themselves between a rock and a hard place.

In a higher interest rate environment, Interest expenses will increase.  Capital will become much more expensive to acquire, the US Dollar will become much stronger.   Corporations with large foreign and/or  emerging market presence, will see their sales suffer.  Emerging markets are already feeling the effects of a stronger US Dollar.  It is only going to get worse.

After 8 years of near zero rates.  8 years of unprecedented Central Bank action, the pacifier of cheap money is getting removed.  How many 8 year olds still use a pacifier?  How do you think this bull market will react?

The stock market is  trading higher on expectations of lower corporate tax rates, less government regulation, and more government spending.  But come 2017 it will be higher interest rates that Trump them all.

More on Trump, Interest Rates, the Dollar, and what it means for the market