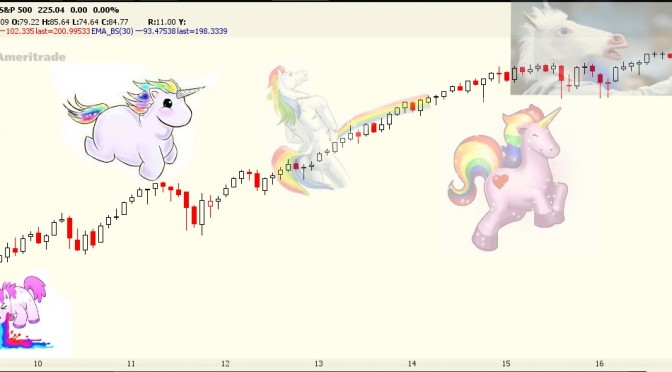 It turns out folks, this massive, historic bull market is nothing but a myth.  That's right.  Nothing but Unicorns and Bigfoot.  It never really happened.  It doesn't exist.  In this era of fake news, it appears we've been 'had'.   The countless  'stock market at record highs'  headlines you've seen around the internet and social media.... they are nothing but fake news attacks.   This bull market is a myth.

Don't believe me?  Go ahead.  Sell your mythological holdings and try and spend your unicorn cash.  Yeah... your probably going to get the same funny looks I did the other day.

Over the last 7 years the S&P500 has pranced and danced its way from a patch of pink and purple pansies to somewhere over the rainbow........

But it's all a Myth.

Widely held is the notion, the idea, the belief that the equity market had moved to record highs.  That values of 401k accounts have been growing.  That those trading for the market to move higher  continue to see the value of their holdings grow in size.....

T he fake news sites have led us to believe that investors have been the ones buying up stocks at all time record high prices,   when it reality its just unicorns and rainbows....  and now we find out (cue the sinister background music please) its something else as well.  Every hard working unicorn takes a break... at least that's what I've heard.  Whether their break consists of some time out at a local bar, or engaging in illegal substance abuse (we will cover the growing Unicorn drug abuse epidemic in early 2017), a Unicorn does need some rest.  Oddly enough many Unicorns sleep standing up, just in case that comes up in your daily social interactions  you now know that rare fact......  now that we have that covered....

...... even when the unicorns leave the market, another  driving force takes over to fuel this mythological rally.   The market was not made by the horns of unicorns alone. The other driving force is Something called 'hot air'.

Well its not all just hot air moving the market.  There is something called "little else" that is also as work.  When I find out exactly what 'little else' is I will let you know.  To be clear, the hot air seems to be the main  'pusher' of the markets , with 'and little else' perhaps providing some back up when needed.  I'll get back to you on that with more clarity when I know more.  For now there is 'little else' I know about 'and little else'

While the fake news outlets are spewing countless 'record high headlines' , in reality the investing public has been subjected to a mythological stock market,  built on the backs of highly leveraged unicorns, and financed by heated air as well as something called 'little else'.

It's been almost 7 years.  Finally we know the truth.

The good news is, with just two weeks left in 2016, we have somehow averted the previously guaranteed crash of 2016. 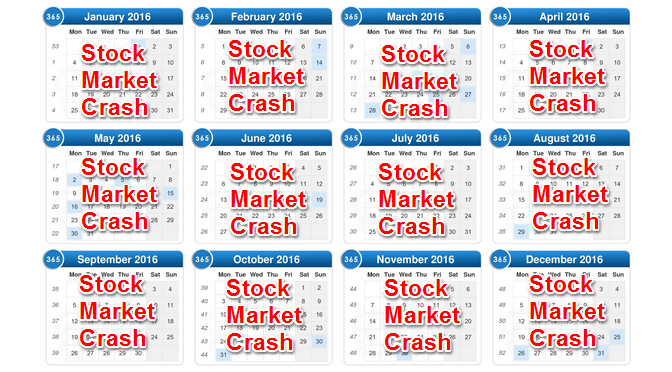 and now its time to move on to 2017.  Until they finally shut down all the  fake news sites later on in 2017, expect to see unicorns fly and hot air continue to to lift the market next year as this mythological rally continues to shoot Unicorn dollars from the sky.