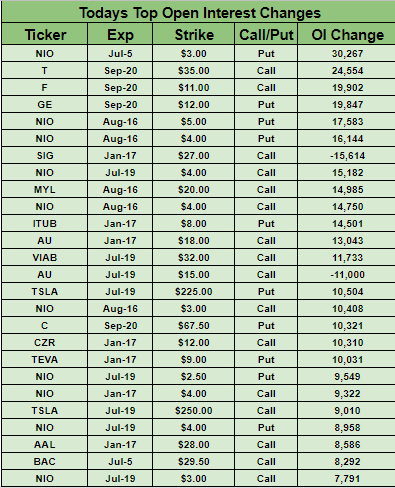 Economists expect the Labor Department to report 160K jobs additions in June, a notable bounce from May's soft tally of 75K but just under the average of 164K adds per month this year for the first five months. A relatively soft ADP report Wednesday of 102K new private payrolls has dampened expectations for today's payroll report, although a wildcard is how the temporary federal government hiring for the U.S. Census Bureau's 2020 count factors into the total. The nation's unemployment rate is forecast to stay at 3.6% and average hourly wages are expected to increase by 0.3% M/M. The pace of job growth has slowed a bit and the "prime age" employment rate still hasn't cracked 80%, giving the Fed some cover to lower rates. "Any weakness in payrolls for the second month would be a virtual green light for a Fed rate cut," noted MUFG Union Bank Chief Economist Chris Rupkey, while Citigroup said a solid reading falls in line with its out-of-consensus call for no rate cut at the FOMC meeting scheduled for July 31. Heading into the jobs report, trading on federal funds futures implies a 72% probability of a rate cut at the July meeting.

Top representatives of the U.S. and China will talk by phone in the coming week as they seek to resolve the trade war between the two countries, according to White House Economic Adviser Larry Kudlow. It's still unclear about the timeline for relaunching face-to-face talks, but Kudlow said those would begin "soon" and that an announcement would be forthcoming. President Trump and Chinese President Xi Jinping agreed to restart talks at the Group of 20 summit in Japan last weekend.

Asian stocks showed small gains ahead of the U.S. jobs report. Japan's Nikkei Index added 0.2% on the day and Hong Kong's Hang Seng Index was down 0.1%. The Shanghai Composite index closed up 0.2% to cap off a 1.1% rise for the week. European markets are down slightly ahead of the jobs print, with the Stoxx 600 Index off 0.3%. There is also some geopolitical tension in the mix after British Royal Marines seized a large Iranian oil tanker on Thursday.

German industrial orders dropped by 2.2%, a bad omen for the sector in coming months amid what looks like slowdowns in engineering and manufacturing, and another bump up in risk of recession. They were expected to drop about 0.1% after two months of modest gains. Foreign orders were a particular weak spot for an economy that has for years relied on exports for growth.

German lighting maker Osram Licht (OTC:OSAGY) has agreed to the €3.4B buyout offer from private-equity firms Bain Capital and Carlyle Group (NASDAQ:CG). The €35/share offer marks a 21% premium to Osram's Tuesday closing price, and the two buyers have set a minimum acceptance threshold of 70% (not counting Osram-owned shares) in an offer period to end by the beginning of September.

The leading candidate to replace Theresa May as the U.K.'s prime minister, Boris Johnson, said the government needs to find a way to tax global tech giants on their income, Reuters reports. "I think it’s deeply unfair that high street businesses are paying tax through the nose, whereas the internet giants, the FAANGs — Facebook (NASDAQ:FB), Amazon (NASDAQ:AMZN), Netflix (NASDAQ:NFLX) and Google (NASDAQ:GOOGL) — are paying virtually nothing,” Johnson said at an event in York in northern England.

Netflix (NFLX) plans to add smoking warnings to its online rating system and omit smoking from all future films produced by the streamer unless the director can prove it is essential to the creative vision of the story. "Netflix strongly supports artistic expression. We also recognize that smoking is harmful and when portrayed positively on screen can adversely influence young people," states a spokesperson on the new policy. The company was recently criticized by anti-smoking group Truth Initiative for a large increase in the depictions of smoking in the second season of Stranger Things.

Gun manufacturer liability to be tested

Sportsman's Warehouse (NASDAQ:SPWH) is one of the defendants in a lawsuit filed by the family of a victim of the Las Vegas mass shooting. The legal action is the latest to challenge a 2005 federal law shielding gun manufacturers and weapons shops from liability. The complaint filed in Nevada alleges that the makers of the 12 different semiautomatic rifles used in the mass shooting knew they could be easily modified to fire like fully automatic machine guns against federal law. The case will also be watched closely by American Outdoor Brands (NASDAQ:AOBC), Sturm, Ruger & Company (NYSE:RGR) and Vista Outdoor (NYSE:VSTO).

Shipping prices on the march

The Baltic Dry Index is starting to catch some attention after rising for 15 consecutive days. Prices are higher across the Capesize, Panamax and Supramax sub-indices that measure different sizes of carries or merchant ships. Rates in both hemispheres have shown strength throughout the week and demand for iron ore has boosted rates for larger vessels. "Considering that the BDI tends to reflect Chinese resource demand in real time, there would appear to be a good likelihood that commodity supply-demand will take a turn for the better, at least versus May-June," noted Nomura strategist Masanari Takada on the upturn. "The BDI does have a seasonal tendency to improve in July, but the pace of improvement this time around is quite marked," he added.