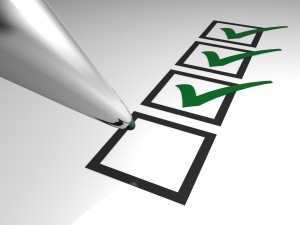 A red start to the week as the SPY closed red for a third day in a row despite AAPL adding nearly 5%. Most sectors were red led by financials. Futures are red this morning, and debt ceiling talks continue to add uneasiness to the markets. Again, my worry is for some U.S. debt downgrade, which is what ignited a sell-off in the summer of 2011. The longer this drags out, the more concerned I will become.

Yes, I did buy puts on something other then gold and Apple yesterday, and yes it was on one of my more beloved stocks Netflix. Does that mean the stock is done? By no means, it just looked primed to sell-off based on the Emmy news and the sell-off at the open from the $320 all-time high. I am looking for a rapid pullback to the 50dma. If I dont see weakness today, I may close out the puts I have as they expire friday.

UPB has been very bullish on ANGI, a stock that has run quite a bit since it’s ipo, and has been subject to negative reports by Citron and Seeking Alpha. I did some more digging last night and really like this story. Revenue is growin 50-60% YOY despite the company being in business over 18 years. It took them 16 years to get 1 million subscribers and only 18 months to cross the 2 million mark. Folks will cite the negative reviews and the fact that they take money from advertisers to move up listings as well as charging subscribers to use their service. I would argue that most reviews on Yelp and other avenues are manipulated. Having just been married and I can tell you all the vendors gave incentives to write positive reviews. My photographer gave free photo packages for each verifiable positive review you make, which you have to show them. As far as subscribers paying to be a part of Angies list, the cost is minimal and vendors are required to give discounts so its a win win. Either way, with the huge short interest, and revenue continuing to grow, think this stock touches 25+ in the coming days. Nice call on this UPB.

AAPL has been upgraded by at least 5 firms this morning as analysts try to play catchup  on Iphone 5c/s sales.

Lets have a Great day!!

Make that three green weeks to start September albeit last weeks help came via the Fed. Will we see 4? Futures have fallen into the red this morning and the SPY is nearing the 170 level. Talks of the ‘taper’ have been replaced by the jostling over the ‘debt ceiling’. Its only a matter of time before there is some rumor or news of possible debt downgrades...ect. As crazy as it would seem for the U.S. to have its credit rating dropped, its almost hard not to when you see a government that cannot come together to even pay it’s bills. This will probably present another great buying opportunity.

Folks are starting to say the market is fairly valued or over valued on a historical level and say most of the earnings growth has been accomplished via buys backs...ect. With rates near historical lows, why wouldn’t companies use this time to finance stock buybacks as this is one of many ways to add shareholder value?

I had issues with my presentation last night on the week ahead and will do a Webinar on Tuesday. Here is last nights week ahead webinar: https://www.optionmillionaires.com/forum/showthread.php/585-The-Week-Ahead-With-UPB-and-JB-9-22

AAPL sold over 9 million IPhones over the weekend, the news sent the stock up $18. Considering the supply issues, this is very good news. Most phones are not available till October now.

Here are some analyst changes of note for today:

Of course BAC starts SSYS at a buy today with $116 tgt instead of friday when we had calls. SSYS still looks headed to 108-110 so this should help, and will look to grab some at the open. Also like TRIP here on an upgrade this morning and chart looks set for all time highs in the coming weeks. $85 calls look priced right so may try for those. Still love CBRL and SCTY, as well as SFLY, SAM, FFIV and others and may look for some positions in those as well.

The Fed should really consider looking at a momentum oscillator some time.  It seems that the market reaction after the Fed makes announcements is largely dependent on the short term overbought/oversold condition of the market.

To elaborate, at the September 2012 Jackson Hole meeting, the FOMC on May 22nd of this year, and the most recent FOMC release on September 18th, the Fed made announcements that should have boosted the market, but instead they each occurred at, or near, short term tops.  Why?  They made these announcements when the market was already severely overbought.  See the chart below for examples.

Before delving into this, I will never say that buying an overbought market is a bad strategy.  In fact, some of the lowest risk short term opportunities come from overbought markets (TSLA?).  However, to understand why these short term tops occurred, we need to take a look at the dynamic between supply and demand during these news driven moves.

After an extended short term decline, most of the sellers (in the short term) have had already sold.  Conversely, after an extended rally, most of the buyers have already bought.  So, when there is a positive news event after an extended rally, demand is most likely already exhausted, so prices cannot go much higher.  Everybody welcomes the bullish news, but does not buy, since they have already bought.  You get the super high volume on one or multiple days with little price movement as previous buyers sell into the any rally that develops.  That is characteristic of an exhaustion move.

On September 18th, when the Fed announced their would be no taper, NYSE total volume skyrocketed over 70% above its 50-day average, giving the day the ominous appearance of an exhaustion rally.  After follow-through was weak on the next day and a powerful, high-volume selloff ensued on the day after that, we mostly have a short term top in place.

In conclusion, exceptionally high-volume, news driven rallies, like we saw on September 18th and May 22nd, should be regarded with caution.  This is especially true when these rallies have little signs of continued strong buying in the days after.  I will most likely be shorting the weakest sector ETFs (currently XLE and XLU) on a test of the Sept. 18th high, if it occurs, with a very tight stop in case I am wrong.

After a green open, the markets faded and closed mostly red with the SPY down for the 2nd time in 14 sessions. The futures have treaded mostly in the red overnight and this morning, with a pop into green, followed by a dip back into the red as St.Louis Fed President Bullards said Octobers meeting could result in a taper. Gold dropped 1% on that remark.

Would be nice to close the week out strong headed into the weekend and see the SPY near $173. Talks continue to heat up around the debt ceiling and the impending Government shutdown. We shall see how that pans out next week.

The scary moment of the morning was seeing this article as the headline piece on Marketwatch : http://www.marketwatch.com/story/the-bulls-are-in-charge-of-the-sp-500-2013-09-20?dist=beforebell

I love bearish headlines, so a little worrisome for me.

AAPL is getting some serious action this morning as the IPHONE 5C/S launch looks to be going well. I checked this morning and the Gold Iphone 5S seems to be the most popular with availability for October, where the rest of the models were 1-3 days. Not sure how far she runs today but a break over $480 and she could run to $490.

TSLA soared out of a channel yesterday and looks poised to continue the run. UPB has been all over the stock :  https://www.optionmillionaires.com/2013/tesla-motors-tsla-going-explode-upside/ One of his many pieces on the continued break to $200. Should provide some opportunities today.

Will be hoping for some big moves in SSYS, SCTY, SFLY, SINA, FFIV, RAX, PCLN, GOOG, and some others today to salvage some positions.

Will be keeping it small today as I have quite a few positions once again:

Lets have a great trading day!! 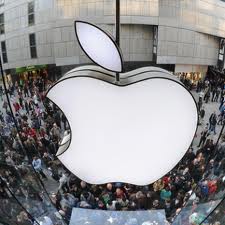 $AAPL has been trading lower since the middle of September. The stock burst over $500 on the Carl Icahn stake, but has been dropping lower on fears the new Iphone is not going to bring growth to the company. My outlook on $AAPl is below, but before you watch that here is an excerpt about $AAPL from a well respected publication:

It's perfectly reasonable to assume that anyone thinking about buying a new iPhone when the latest devices hit retail on Friday would fixate on the hardware itself, especially with Apple trotting out two new models.

Apple is unleashing colorful handsets called the iPhone 5c, priced at $99 to start with a contract. And a brand new $199-on-up flagship phone, the iPhone 5s, brings with it beefy 64-bit computing power, a souped-up camera and the feature most people are pointing to, the Touch ID fingerprint reader.

But the biggest change to come to the iPhone arrives with iOS 7, the operating system at the heart of the newest handsets. As of Wednesday, it can also be downloaded to freshen up the iPhone 4, iPhone 4S and the now discontinued iPhone 5 as well as some iPads and the iPod Touch.
What does this mean?