When stocks hit their lows a few weeks ago I said the market had it 'A' bottom ,but it was not 'the' bottom.

Since then prices have ripped higher altering the extreme bearish sentiment.  Bearish sentiment at the time had reached the tipping point.   A 5%+ rally for the stock market has righted the S.S. Deflation.  It is not free to sail back  into stormy waters 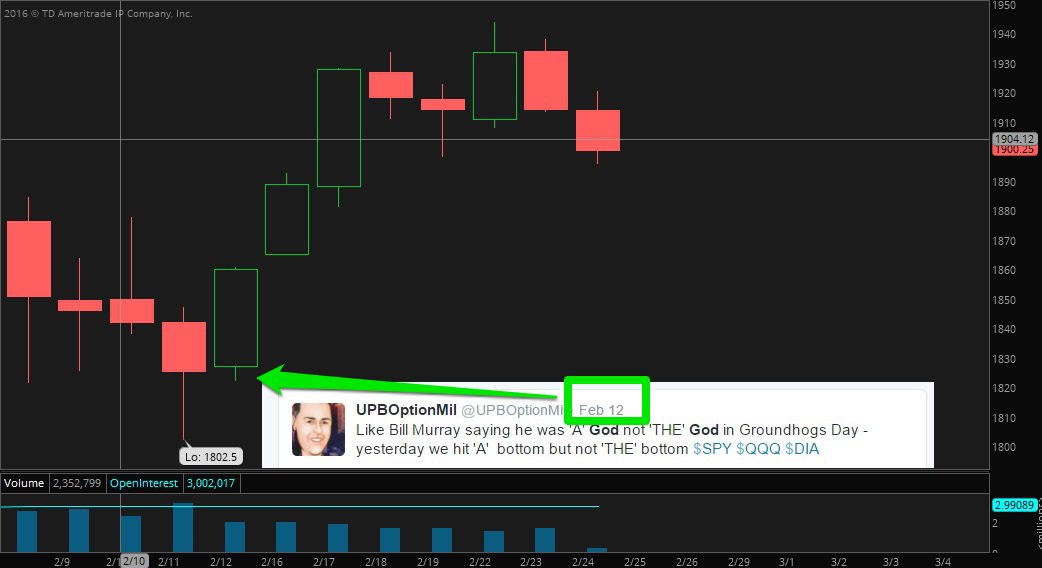 The concern's continue to mount - the financials yesterdays were incredibly weak.  $JPM has billions of energy debt about to go poof.  And they aren't the only ones.  Financials sit near multi-year lows and were ready to collapse further before $JPM's CEO puts nearly $30 million of his own money to use on an insider buy.  That reversed sentiment in a hurry.  The next day $JPM rallied some 8%.

But that rally is giving way.  Yesterday $JPM announced massive exposure to the energy sector with potential losses at $3 billion.

So what are we looking at for the stock market going forward?

I think we could see fresh lows in the Months ahead.  Negative interest rates are another desperate attempt by the Central Banks to keep the global economy afloat.  Commodities, crude oil, manufacturing numbers, stagflation... everything else is saying growth is dead.  Negative interest rates will force the banks to do the same thing that caused the last crisis... lending money to those it shouldn't be lended to.   When those loans can't be paid back, the banks take a loss, that money is 'poof' gone, while deflation continues to wrap its hands around the neck of the global economy.

With that being said, all is not lost.  Key support levels could avert this pull back to new lows.  I am not confident that higher prices await us months down the road, but we must keep that door at least ajar, while we continue to map out the reality of prices jumping out the window.

Small caps will be the proverbial canary in the coal mine. The recent bound sent prices up to kiss former support goodbye.  $IWM could be looking at the lows $80's heading into the summer.

Energy, despite its recent bounce, remains in a  nasty downtrend.  It bounced at $50, as I thought it would, but I think the next test of $50 will not hold.  A new leg of downside is in the cards. 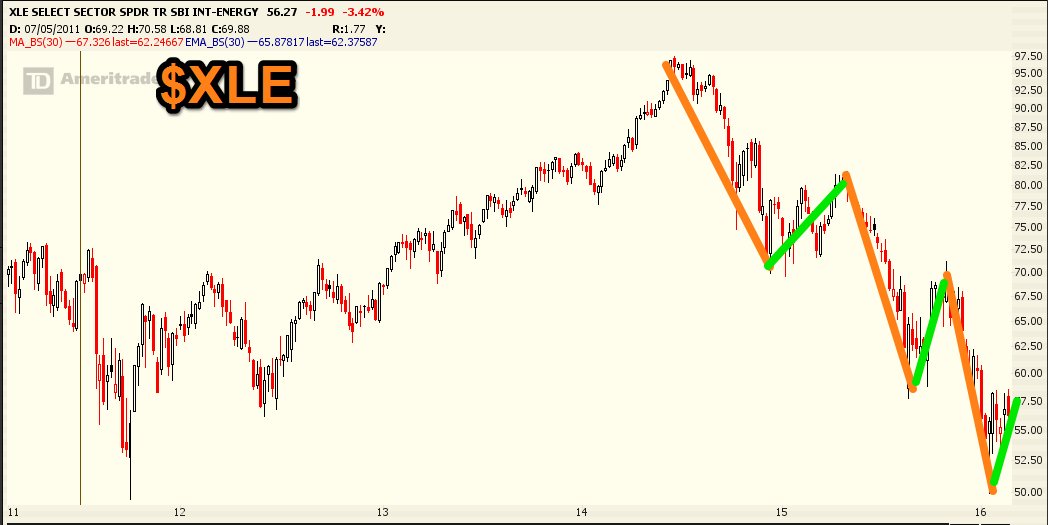 Tech shares have broken their uptrend.  Barring a massive spike back into the channel, the money for tech will be made trading for downside. 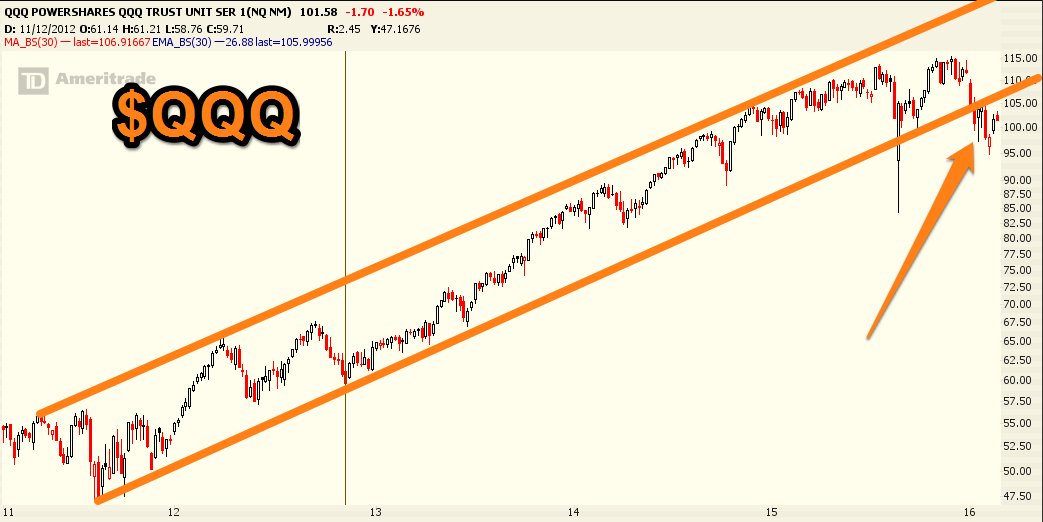 With the leader in Tech likely heading another 15-20% lower in the short to medium term. 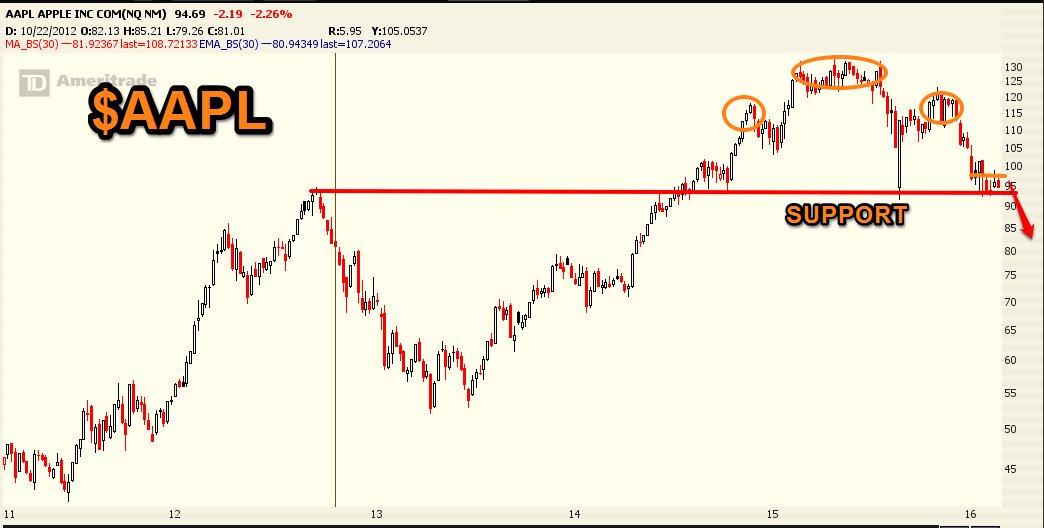 All is not lost just yet.

$SPY has rejected downward price action at support.  The reversals have been sharp, however the tests have become more frequent.

The next test for $SPY may not see the similar support.  Keep a close eye at this support line.  $SPY support you are our only hope.

The potential 'W' bottom for S&P500 futures is still in play.  However the duplication of the rally  last summer/early fall is becoming less likely.  Note how the 2016 action is taking place at lower prices, and this pull back also saw prices put in a fresh low.

From a longer term perspective prices are rolling over.

Here are some of my recent thoughts on the market. and a rough idea where I think stocks are headed in the weeks and months ahead:

The rally off the lows the last few weeks was quite impressive.  But it did little to change the over all backdrop of this market.  Uncertainty continues to prevail.  Central banks are becoming more desperate.  Stock prices have hung in there as investors expect more bull market love like we saw from 2009 to the middle of 2015.  It's clear to me that the trend is broken.  The bull market is over.