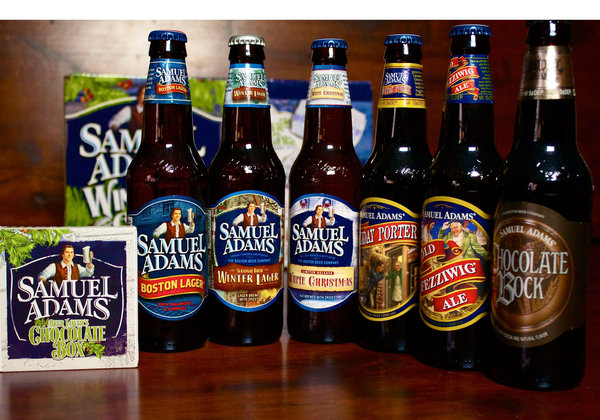 First impressions on a blind date can be the difference between a quick and final night out, or the possibility of a second one. Stocks are no different. Traders can usually look at a chart or the fundamentals of a stock and make a quick case on why to buy or why to sell. Maybe the stock is up above it’s moving averages or is declining on higher volume. Maybe the P/E ratio is above it’s peers or they reported flat growth during their last earnings report. Either way, fist impressions can be the difference between passing on a stock or taking a position.

Boston Beer Co, Inc (SAM) is a stock that has been around for years, but only came to our attention in December. Our first impression was a good one, as the company had just issued upward revisions to it’s full year EPS guidance and now expects full-year earnings per share of $4.30 to $4.60, up from $3.80 to $4.20 earlier. The stock moved $17 higher the next day on the news, closing at all-time highs.

Seems like Boston Beer Co, Inc (SAM) deserved a second look, and we spent sometime building our own case on whether it was a short of all shorts, or maybe folks had the stock wrong. Wrong? Well yes, seems Goldman and UBS have little faith in Boston Beer Co, Inc (SAM) continued revenue and earnings growth and have the stock sell rated.  Citigroup also has the stock at a neutral rating. All this negativity despite the upward revision and increased depletion rate forecast for 2013? Doesn’t really make sense to us.

We tend to like to be contrarian so we decided to continue to build a case to go long via some calls options. First, the stock IPO’d in 1995 in a somewhat non-traditional manner, allowing his customers to attain shares at $15, while telling Goldman Saks everyone else gets them at $20 .

This has helped control the float and provide a loyal shareholder base. It has also allowed for a nice return on their investment as the stock has risen from $20 in 2009, to an all-time high close of $145.77 today. How did that happen? Well the company has been able to grow revenue and earnings each year, and continues to show growth. The company is also debt free and has been churning out new brands that are adding to future growth like Twisted Tea.

While the stock has been soaring, folks have been shorting the stock, betting on a move to the downside. With 8.5 million shares available to trade in the float, 2.3 million of those are currently borrowed short or 27% of the available shares. Thats a high short interest, but not one that is extremely concerning. That is until you look at the average trading volume Boston Beer Co, Inc (SAM) for the past 10 trading sessions:

Taking the last 10 day volume average, it would take over 30 days for short sellers to cover their position, and that is if the covering was the ONLY volume. A move like this on a somewhat illiquid stock would cause a massive move higher.

It was back in 2007 when the Beer Industry started consolidating as synergies tend to save companies costs and improve profits. It is now 2013, and the Beer Industry is showing negative growth,  while Craft Brewers like Boston Beer Co, Inc (SAM) shipments grew 12% in 2012 . There are also over 2000 craft brewers, up from 600 when Boston Beer Co, Inc (SAM) IPO’d in 1995.  Is consolidation on the way once again? While the big companies like Molson Coors Brewing Co. (TAP) and Anheuser-Busch InBev NV struggle to find growth, wouldn’t it make sense to look at one of the largest U.S. brewer as a possible great acquisition?

In summary we think folks have the Boston Beer Co, Inc (SAM) story wrong. With a track record of solid growth, a great balance sheet with zero debt, and position as one of the top 2 U.S brewers, we  feel the stock is poised to continue to ramp higher though January and February, especially as the market continues its march above 5 year highs. We are watching the $150 level on Boston Beer Co, Inc (SAM) as an area where volume and interest will really gain steam, and those betting on story on the short side, will throw in the towel.

We currently hold February 150/155 call options and will be adding more to our positions in the next few days. 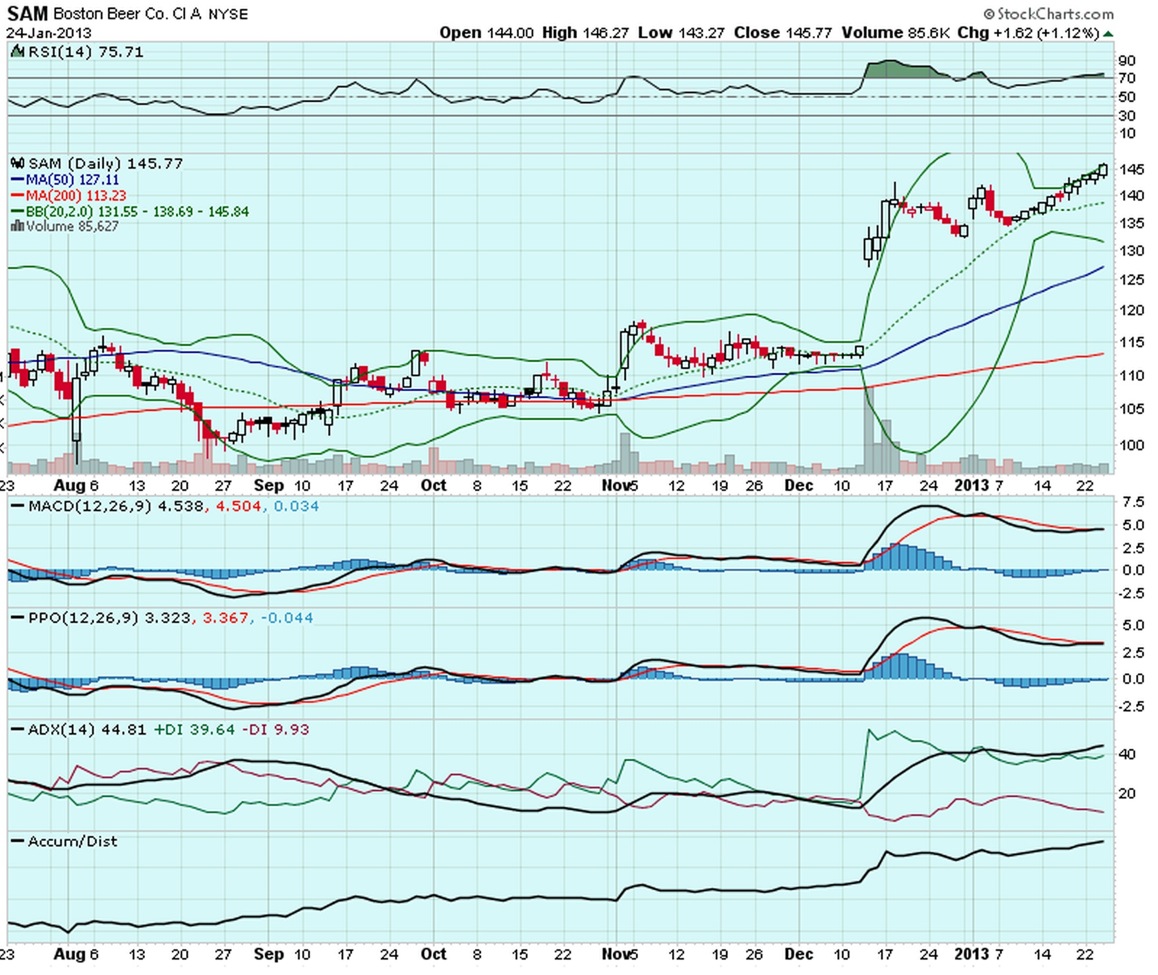