Option trading is not easy - if it was, everyone would be dong it. The instrument is there to hedge a position, not to create wealth. Any 'expert' would tell you not to trade stock options, and they would be correct in doing so.

Netflix ( $NFLX ) and Priceline ( $PCLN ) are probably the best examples of some of these cash cows: 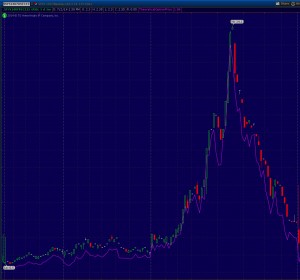 As we near the half-way point, 2015 has seemed interesting to say the least. There have been many big movers, but there has also been many stocks that have remained stagnant, which is kryptonite for an option trader.

I think there are many factors that are causing this, and I will cover in another post. But think things like weekly option popularity, readily available  open interest and unusual  option activity reporting, and better education of the use of options  have caused some the issues.

I  always think to myself, " If everyone knows where a stock is headed, who makes money?

So how does an option trader make money.? 13,975%  six of the last eight weeks to be exact?  Especially one trading in straight calls and puts?

Be against the herd? Find undiscovered gems ready to move?  Pure luck? I guess the answer would be all of the above.

Over the past 8 weeks, there have been plenty of losing trades, but these 6 trades shared in our chatroom and private twitter feed have yielded a cumulative  13,975% , more than making up for any losing trades. Most people would be happy with one 10x bagger in a month... a 20x bagger in 6 months... a 40x bagger in a year... we hit all three in a matter of 6 weeks: 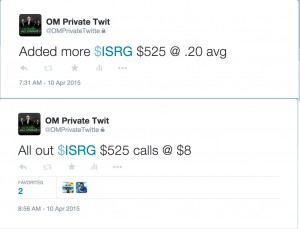 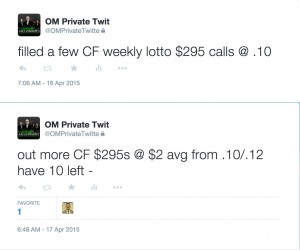 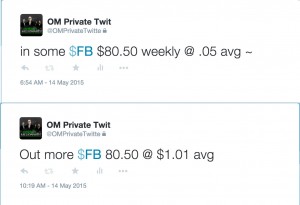 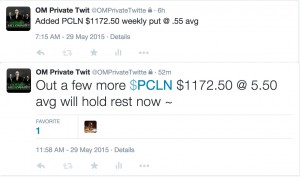 The Irony is we had a possible 2000% winner in $CMG the day before, but missed the optimal exit: https://www.optionmillionaires.com/cmg-call-contracts-spike-higher/

Will we make it seven  of the last nine? We do have some limited  15 day offers to check us out, just send an email to optionmillionaires@gmail.com with  ‘trial’ in header - first come basis(after that it's our normal 3-day trial : https://www.optionmillionaires.com/subscribe/ )