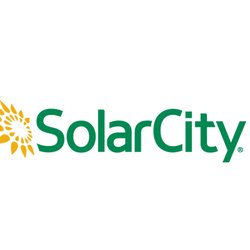 SolarCity (SCTY) shares have been in a free-fall ever since, as the investment community shunned most of the high fliers of 2013/2014. SolarCity (SCTY) closed at $54.88 on Monday, and is now down 3.41% year to date. I think that is about to change. Here is why:

The easiest way for me to make my bull case on SolarCity (SCTY), is comparing it to one of my favorite stocks over the past few years.. Netflix (NFLX). It was back in October of 2012, and Netflix (NFLX) shares continued to be under pressure and were nearing a multi-year low. It seemed investor sentiment was extremely negative on the company and the bears were preparing for a bankruptcy, or at least it would seem that way with the amount of shares that were sold short, betting on more downside. (You can read my post on Netflix here : https://www.optionmillionaires.com/netflixnflx-on-the-move/ ). October 2012, marked the bottom for Netflix shares, and they have rallied over 800% since then. I think SolarCity (SCTY) shares are in the midst of a key reversal area, with the same signals being exhibited.

It looks like SolarCity(SCTY) is breaking out of a triple-bottom, just like Netflix (NFLX) did back in 2012.

The triple bottom can provide a reliable reversal signal : A pattern used in technical analysis to predict the reversal of a prolonged downtrend. The pattern is identified when the price of an asset creates three troughs at nearly the same price level. The third bounce off the support is an indication that buying interest (demand) is outweighing selling interest (supply) and that the trend is in the process of reversing. 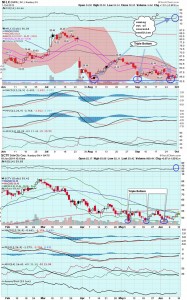 Just like Netflix (NFLX) revolutionized how people watch movies and T.V. shows, SolarCity is revolutionizing how people get their power. A testament of  that came from the CEO of GE , a $270 billion dollar company:

Jeff Immelt said during an onstage interview that GE had focused so intently on how bad the solar panel business was that they “missed SolarCity.” “My God I wish I had thought of that,” said Immelt.

There has been more solar installed in the U.S. in the past 18 months, then the last 3 decades combined : http://www.seia.org/research-resources/solar-market-insight-report-2013-year-review

Solar also continues to be a sector of incredible growth, and expectations are for at least a 26% growth in 2014 : http://www.greentechmedia.com/articles/read/u.s.-solar-market-grows-41-has-record-year-in-2013

Another spark to Netflix(NFLX) shares in October of 2012, was the large 10%  position initiated by Carl Ichan in the company. A similar setup provides support in SolarCity(SCTY) , with over 71% of the outstanding shares held by insiders and 5% stakeholders. That also includes a 22.9% stake by Elon Musk. Couple that with the 12.3 million shares sold short, and you have 87% of the outstanding shares tied up, and an extremely small float.

These are just a few of the reasons I like SolarCity (SCTY) at these levels, and why I think the stock heads over $65 in the coming weeks. There are some out there citing competition worries and a deal with Yelp as a sign of struggles. I see it as company seizing opportunity during a time of strength and growth in the U.S. solar installation marketplace.

2 thoughts on “Is the bottom In for SolarCity?”