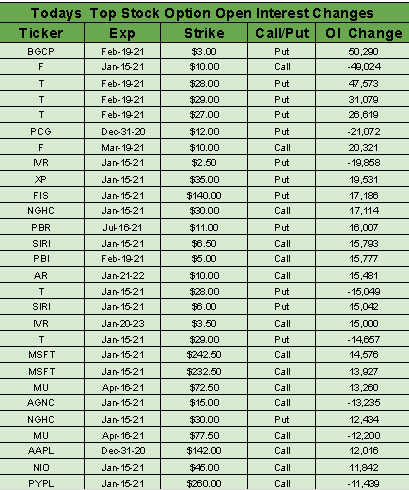 The coronavirus vaccine being developed by the University of Oxford and AstraZeneca (NASDAQ:AZN) has been authorized for emergency use in the U.K., which has ordered 100M doses of the shot (enough to vaccinate 50M people). The jab is expected to be rolled out next week and would be added to the Pfizer-BioNTech (PFE, BNTX) vaccine that has so far been given to 600,000 people in England. The approval could also accelerate the lifting of strict lockdowns implemented in parts of the country, according to Cabinet Secretary Michael Gove, which effectively canceled Christmas festivities for millions due a new coronavirus variant. AZN +2.6% premarket.

Backdrop: Confusion initially surrounded trial data of the U.K. vaccine in November, which led to some criticism of AstraZeneca. When people were given a half dose, followed by a full measure at least a month after, there was an efficacy rate of 90%, but that fell to an efficacy of 62% when two full doses were given at least a month apart. When all the results were tabulated from the 11,636 participants, the average efficacy of the vaccine worked out to 70%.

Reservations: Chief of the White House's Operation Warp Speed, Moncef Slaoui, and others in the U.S. have also expressed concern over the age groups in the trial, saying the 90% efficacy was only shown for the lowest risk group, which numbered 2,741 people below age 55.

Advantages: The biggest benefits of the AstraZeneca/Oxford jab are price and storage. It doesn't need to be kept at ultra-low temperatures and will cost about $4 a dose, compared to the $20 per vial from Pfizer and $33 for Moderna's (NASDAQ:MRNA) vaccine. (16 comments)

With only two days remaining in 2020, the U.S. will likely fall short of its goal to vaccinate 20M Americans by the year's end. Operation Warp Speed planned to provide 40M doses (each vaccine requires two shots) between Pfizer-BioNTech (PFE, BNTX) and Moderna (NASDAQ:MRNA), but according to the latest figures from the CDC, just over 11.4M doses had been distributed since Dec. 13 and only about 2.1M had been administered (the large variance is partly due to a lag in reporting).

What's going on? COVID-19 vaccine czar, Moncef Slaoui, acknowledged last week that the ramp-up of immunizations "is slower than we thought it would be," while U.S. Army Gen. Gustave Perna, who oversees logistics for Operation Warp Speed, repeatedly apologized after some state officials reported cuts to their allocations. The launch of the federal government's partnership with major pharmacy chains like CVS (NYSE:CVS) and Walgreens (NASDAQ:WBA), which will be tasked with vaccinating long-term care residents, is also pending.

Quotes: "I believe that as we get into January, we are going to see an increase in the momentum," Dr. Anthony Fauci told CNN, adding that he hopes the push will be enough to "catch up to the projected pace that we had spoken about a month or two ago." "The Trump administration’s plan to distribute vaccines is falling behind, far behind," President-elect Joe Biden added at a news briefing. He said his administration would "move heaven and earth" to accelerate distribution once he takes office on Jan. 20.

Bigger picture: The situation is even more imperative after the U.S. confirmed the first case of a new and potentially more infectious strain of COVID-19 recently discovered in U.K. The individual is a male in his 20s, who does not have a travel history, and is currently in isolation in Elbert County, Colorado. (29 comments)

Stimulus commotion in the Senate

"Unless Republicans have a death wish, and it is also the right thing to do, they must approve the $2000 payments ASAP. $600 IS NOT ENOUGH!" President Trump tweeted after Mitch McConnell blocked an attempt from Senate Democrats to approve larger stimulus checks.

Some drama: McConnell later introduced a bill that would boost the size of the checks to $2,000, repeal the Section 230 liability shield for social media companies and create a commission to study election issues. Senate Minority Leader Chuck Schumer responded to the legislation, saying if McConnell "tries loading up" the bill "with unrelated, partisan provisions that will do absolutely nothing to help struggling families across the country," larger direct payments would not become law. "Any move like this would be a blatant attempt to deprive Americans of a $2,000 survival check."

Mixing in the defense bill: Sen. Bernie Sanders then followed through on his threat to delay a veto override of the National Defense Authorization Act if McConnell rejected an outright vote on the larger payments. Since the Senate needs unanimous support to move quickly on many issues, any one senator can grind activity to a halt.

On the way: $600 stimulus payments already started going out last night, according to Treasury Secretary Mnuchin, and if Congress approves the increase to $2,000, it will be added to the original sum.

What to watch: Republican Sens. David Perdue and Kelly Loeffler, who are running in crucial Jan. 5 runoffs in Georgia, have also expressed support for bigger checks. The race will determine control of the Senate, and some see it as "the new November" in terms of election volatility risk.

Bitcoin: A look back at a breakthrough 2020

The year kicked off with Bitcoin (BTC-USD) above $7,000, and after a pullback in March due the coronavirus pandemic, the cryptocurrency didn't look back.

Easy money policies: As people began to face quarantine and lockdowns, businesses went virtual and the cashless society thrived. Governments and central banks across the globe also began implementing unprecedented fiscal and monetary policy to slow the economic damage, but something else was happening in the crypto sphere.

Inflation fears: While trillions of dollars were pumped into the economy, the supply of new Bitcoin being released into circulation began to shrink. In May, the Bitcoin network reached a key technical event - Bitcoin's third halving - where miners running the Bitcoin software saw their rewards reduced by half, yet the community was celebrating. They championed a decentralized digital asset, with a fixed supply, that was free from monetary inflation or government intervention.

Availability: The summer of decentralized finance also took off, with billions of dollars being locked in DeFi projects, as people around the world began to lend, hedge or make structured bets using Ethereum smart contract powers without the need of any financial middlemen. By October, PayPal (NASDAQ:PYPL) and Venmo rolled out buy, hold and sell services for various cryptocurrencies, making them more accessible to retail users.

Institutional interest: Faced with a declining dollar, MicroStrategy (NASDAQ:MSTR) CEO Michael Saylor became the face of companies looking to convert corporate treasuries into digital gold when the business intelligence firm bought $475M worth of Bitcoin (it later bought another $650M). Square (NYSE:SQ) followed up by buying $50M worth of Bitcoin, while institutional investors began supporting the crypto, including Fidelity, BlackRock (NYSE:BLK) and Citigroup (NYSE:C).

All-time highs: After breaking through resistance at $20,000 in early December, Bitcoin kept going, taking out $25K, $26K, $27K and even $28K. In fact, Bitcoin has soared by nearly 300% in 2020, outperforming the combined gains of gold and the Dow Jones Industrial Average by a factor of 10.

Activist hedge fund Third Point, led by Daniel Loeb, is pushing Intel (NASDAQ:INTC) to explore strategic alternatives, including whether it should keep chip design and production under one roof, according to Reuters. Shares climbed as much as 6.1% to $49.95 on Tuesday, the most in more than eight months, giving the company a much-needed boost and a market value of more than $200B. The stock has fallen about 21% this year, compared with a 43% rise of the Nasdaq Composite.

What does Loeb want? Amassing a nearly $1B stake in Intel, the activist is pushing for immediate action to boost the company’s position as a major provider of processor chips for PCs and data centers. Were it to gain traction, Third Point's drive for changes could lead to a big shakeup at Intel, which has been slow to respond to investor calls to outsource more of its manufacturing capacity. It could also lead to the unwinding of some of its acquisitions, like the $16.7B purchase of programmable chipmaker Altera in 2015.

Bigger picture: Intel has lost its pole position in microprocessor manufacturing to Taiwan Semiconductor Manufacturing (NYSE:TSM) and Samsung Electronics (OTC:SSNLF). It's also losing market share in core PC and data centers to Advanced Micro Devices (NASDAQ:AMD), while Nvidia is dominating computational models used in AI applications (a nascent market in which Intel has been largely absent). Intel customers, such as Apple (NASDAQ:AAPL), Microsoft (NASDAQ:MSFT) and Amazon (NASDAQ:AMZN) are additionally developing their own in-house silicon solutions and sending those designs to be manufactured abroad.

Quote: "Without immediate change at Intel, we fear that America's access to leading-edge semiconductor supply will erode, forcing the U.S. to rely more heavily on a geopolitically unstable East Asia to power everything from PCs to data centers to critical infrastructure and more," Loeb wrote in the letter.

Response from the company: "Intel welcomes input from all investors regarding enhanced shareholder value. In that spirit, we look forward to engaging with Third Point on their ideas towards that goal."

Financial firms brace for Brexit's impact on trading on Jan. 4.