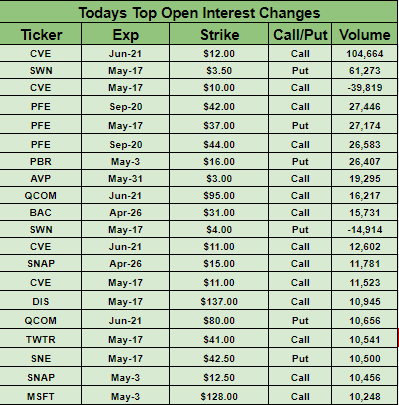 U.S. futures were down slightly early Wednesday ahead of another full day of earnings. Pre-market reports include AT&T (NYSE:T), Biogen (NASDAQ:BIIB) and Boeing (NYSE:BA). Tech giants Facebook (NASDAQ:FB) and Microsoft (NASDAQ:MSFT) join Tesla (NASDAQ:TSLA) among those reporting after the bell. Oil prices backed off a six-month high as industry watchdog IEA warned the market isn’t as tight as feared.

CBS (NYSE:CBS) has extended the term of interim CEO Joseph Ianniello, the former COO who took over following the exit of Les Moonves, for another six months into December. That comes as an executive search has run into reluctant candidates, the New York Post reports, due to uncertainty about a potential CBS re-merger with Viacom (VIA, VIAB) - a move that looks more likely with the company keeping Ianniello in an interim role for longer. CBS is conducting a strategic review, according to the report.

A Japanese joint venture between SoftBank Corp. (OTCPK:SFTBY) and China's Didi Chuxing (DIDI) is set to expand its taxi-hailing service into 13 cities, starting with Tokyo and Kyoto today. With U.S.-style ride-hailing effectively banned, Japan is seeing hot competition for apps matching taxis with riders, including companies backed by Sony (NYSE:SNE) and Toyota (NYSE:TM). SoftBank is pursuing synergies with other portfolio companies, including route-finding with Yahoo Japan and payment with Paytm technology.

Samsung investing $116B in non-memory chips

Samsung (OTC:SSNNF, OTC:SSNLF) will invest $116B through 2030 in non-volatile memory chips to take on competitors TSMC (NYSE:TSM) and Qualcomm (NASDAQ:QCOM). The money will be split between domestic R&D and production infrastructure to reduce Samsung’s dependence on the volatile memory chip market.

SoftBank investing $1B in Wirecard

SoftBank (OTCPK:SFTBF, OTCPK:SFTBY) will invest $1B in beleaguered German payments company Wirecard (OTCPK:WCAGY, OTCPK:WRCDF). Wirecard will issue five-year convertible bonds representing about 5.6% of common stock. The funds come with a partnership for SoftBank to help expand Wirecard’s services in Asia.