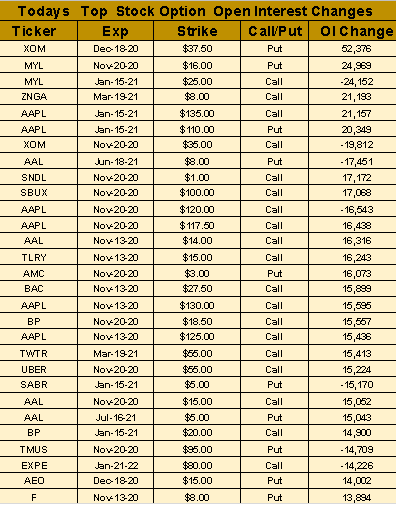 A global rally, triggered by the announcement of a successful COVID-19 vaccine trial (see below), decelerated overnight after ending Monday's session off highs that saw some of the biggest intraday jumps since April. Cyclical stocks led the advance, with the Dow surging more than 1,600 points at one point, while the tech-heavy Nasdaq fell 1.5% as investors rotated portfolios and dumped popular stay-at-home plays like Zoom Video (NASDAQ:ZM), Netflix (NASDAQ:NFLX) and Shopify (NYSE:SHOP). Knee-jerk selling could be following knee-jerk buying, but some vaccine questions still remain, including production and distribution, how long it will protect against infection and how well it will work in the elderly. Tensions over the size of a coronavirus stimulus package also resurfaced as lawmakers reconvened following the election, while President Trump continues to challenge the results of the national vote. Futures: Dow +0.4%; S&P 500 -0.5%; Nasdaq -1.8%.

Hopes of a return to normalcy abounded yesterday after a vaccine developed by Pfizer (NYSE:PFE) and BioNTech (NASDAQ:BNTX) appeared to be more than 90% effective in stopping COVID-19. At that level of effectiveness and administered widely, it would be enough to break chains of infection (the companies already have supply deals with the U.S. and other nations), More positivity was seen later in the session after Eli Lilly's (NYSE:LLY) antibody therapy, bamlanivimab, was granted an emergency-use authorization by the FDA for treating the novel coronavirus.

European regulators have announced formal antitrust charges against Amazon (NASDAQ:AMZN) over how it uses data about the merchants on its platform. At the heart of the case is the company's dual position as a retailer that sells goods but also acts as a marketplace for third-party vendors. Amazon has downplayed antitrust concerns in the past, noting that many retailers have their own private label offerings, and that online sales represent only a small slice of the overall retail sector. Over in the U.S., Amazon is part of a group of companies under scrutiny by the House Judiciary Committee, while the DOJ and FTC have also launched antitrust probes against the company.

India's competition watchdog is going after Google (GOOG, GOOGL), according to the FT, ordering a full investigation into the links between the tech giant's mobile app store and its payment service. The regulator already did an initial review which found that Google was unfairly squeezing out competitors when it required customers to use Google Pay to buy apps or make in-app payments in the mobile Play Store. The in-depth investigation is expected to last 60 days and would take aim at one of Google's most promising businesses in India, where it is engaged in a battle with rival payment apps from Walmart (NYSE:WMT) and Facebook's (NASDAQ:FB) WhatsApp.

Apple (NASDAQ:AAPL) is expected to unveil new Mac computers today that use processors developed in-house (based on ARM architecture), signaling an end to the tech giant's nearly 15-year reliance on Intel (NASDAQ:INTC) processors. That would bring personal computers in line with its approach on iPhones and iPads, which have long used Apple-designed chips. JPMorgan analyst Samik Chatterjee sees many benefits in the new SKU, like volume, pace of innovation and lower materials cost, and believes the in-house silicon presents a $15B sales opportunity.

Microsoft (NASDAQ:MSFT) is scheduled today to launch the Xbox Series X ($500), as well as its digital-only little brother, the Series S ($300). The release comes just days before Sony (NYSE:SNE) unveils the PS5 ($500), with the two competing for speed and dazzling graphics. While the Series X is being touted as the most powerful console on the market and a value proposition due to Xbox Game Pass, Sony has focused on increasing the feeling of immersion in games with its new DualSense controller. PlayStation heads into the "next generation" after significantly outselling its rivals in the last round: PS4 - 112.4M, Nintendo Switch - 63M, Xbox One - 52.8M.

The European Union will impose tariffs on $4B of U.S. goods starting today, escalating a trans-Atlantic fight over illegal aid to aircraft manufacturers. They will include a 15% duty on imports of all Boeing (NYSE:BA) models, while other goods, including some agricultural products, processed agricultural products and industrial products, will be hit with a 25% tariff. EU Trade Commissioner Valdis Dombrovskis said the bloc prefers to negotiate a settlement, but it would take the steps given the U.S. decision last year to quickly impose tariffs and the fact a new administration does not take office until January.

Boris Johnson is vowing to press ahead with legislation designed to override the Brexit deal on Northern Ireland after the U.K.'s House of Lords voted late Monday to remove the most controversial parts of the Internal Market Bill. While the government has admitted the legislation breaches part of the Northern Ireland protocol, Downing Street says the clauses are necessary to give domestic power over the EU if it threatened the Good Friday agreement. The latest drama comes as EU and British negotiators enter their final week of trade talks ahead of a Nov. 15 deadline, after which the U.K. risks a disorderly exit from the single market at year-end.

Shooting down rumors, Lowe's (NYSE:LOW) has no plans for HD Supply (NASDAQ:HDS).