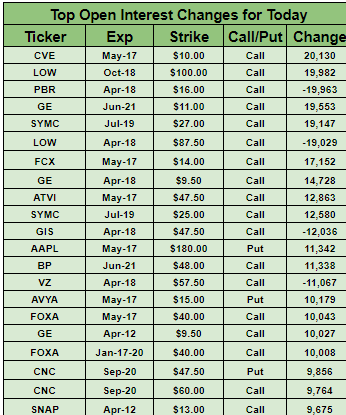 Dow futures remain at the flatline, while the euro struggles for direction, as the Trump administration kicked off the process for retaliation against $11.2B worth of damage from EU subsidies to Airbus (OTCPK:EADSY) that the WTO has found to cause "adverse effects" to the U.S. Products targeted ranged from large commercial aircraft and parts to dairy products and wine. "This case has been in litigation for 14 years, and the time has come for action," declared U.S. Trade Representative Robert Lighthizer. It's also a reminder that the settling of a trade war with China may free the U.S. up to launch another one with the EU, sparking investor concerns about the world economy.

Another cloudy outlook from the IMF?

The IMF is scheduled to update its World Economic Outlook, having predicted in January that 2019 will reveal the weakest pace of growth in three years amid a sharp slowdown in the eurozone. The report is likely to be eyed by ECB members who are due to announce their latest rate decision on Wednesday and as the IMF and World Bank kick off their annual spring meetings later in the week in Washington.

Theresa May will argue for a Brexit delay in a meeting today with German Chancellor Angela Merkel and French President Emmanuel Macron, while her ministers at home hold crisis talks with the opposition to try and break the deadlock over Brexit. The gathering comes before an emergency summit tomorrow, when all 28 EU states will vote on whether to grant the U.K. an additional Brexit extension and as Tory Brexiteers call for a fresh vote of confidence in May's leadership.

Economy key concern as Israelis head to the polls

Security has been the top issue in every Israeli election since 1948, and while that won't change today, the economy has become a major factor as voters head to the polls. Bibi Netanyahu - facing a series of corruption probes - has been Israel's prime minister since 2009 and since then, Israel's GDP has increased by 70%, boosted by the country's vaunted technology. One way to get exposure is through the BlueStar Israel Technology ETF (NYSEARCA:ITEQ), which is up almost 20% this year, outpacing even red-hot U.S. tech stocks.

Investors will get a fresh look into Boeing's (NYSE:BA) 737 MAX crisis as the U.S. planemaker reports the number of aircraft it delivered during the first quarter (including the last two weeks of March when it halted deliveries). Many are waiting to see if Boeing forecasts the costs of the plane's grounding, as well as additional details about the impacts on its orders and bottom line. While the company doesn't normally give any dollar figures as part of its quarterly report, this time may be different.

Ghosn blames 'conspiracy' for his arrests

Addressing the public for the first time since his initial arrest last year, ousted Nissan (OTCPK:NSANY) boss Carlos Ghosn said he was innocent and slammed former colleagues in a pre-recorded video before his rearrest last week. "This is a conspiracy... this is not about greed or dictatorship, this is about a plot, this is about a backstabbing." The scheme, he said, was borne out of fear that he would bring Nissan closer to its alliance partner Renault (OTCPK:RNLSY) "in terms of convergence and in terms of moving towards a merger."

The Vegas giant is making $7.1B play for Australia's Crown Resorts (OTCPK:CWLDF) in a 50-50 cash and stock deal. The proposal would offer Wynn (NASDAQ:WYNN) a hedge against Macau, where its licenses are up for renewal, by giving it two lavishly revamped Australian casinos and a third being built on the prized Sydney harborfront. Macquarie Group analysts said they needed more information to understand the benefits to Wynn, but "given that no assets are collocated geographically, the ability to generate synergies is most likely related to corporate cost benefits and VIP." WYNN -0.5%premarket.

As the Democratic-led U.S. House of Representatives prepares to vote on a bill to reinstate landmark net neutrality rules, the White House has indicated President Trump would veto the bill if it reached his desk. The Save the Internet Act would restore regulations that prohibit ISPs from blocking or throttling traffic, or from selling "fast lanes" to give certain sites preferential treatment. Republicans oppose the effort arguing it would grant the FCC too much authority over the internet and deter private sector investment.

China's state planner has labeled Bitcoin (BTC-USD) mining as an "undesirable" industry in a draft proposal, recommending local governments eliminate the sector in the country. The public will have until May 7 to share feedback on proposed amendments, after which the final version will be published and become effective. Last week, the price of Bitcoin soared nearly 20% in its best day since the height of the 2017 bubble, breaking $5,000 for the first time since mid-November. Today, Bitcoin is trading at $5,176.

Nontransparent ETFs on the horizon

The SEC has paved the way for a nontransparent fund from Precidian Investments called ActiveShares, which has already been licensed by JPMorgan (NYSE:JPM), BlackRock (NYSE:BLK), Legg Mason (NYSE:LM) and Nuveen. Wall Street's top regulator is also considering five other nontransparent active fund strategies. Most ETFs reveal their holdings every day, but the transparency presented a problem for active money managers who try to beat the market rather than simply tracking an index and thereby giving away their trade secrets.

'Boeing's Path Forward With Madhu Unnikrishnan' - the latest edition of SA's Behind The Idea.

Sony (NYSE:SNE) soars on reports of Third Point again building a stake in the company.

Apple (NASDAQ:AAPL) is leading the 'digital disruption' in healthcare, according to Morgan Stanley.

Demand for Saudi Aramco's (ARMCO) bonds reportedly swells to over $85B.

General Electric (NYSE:GE) is on its worst losing streak of the year.