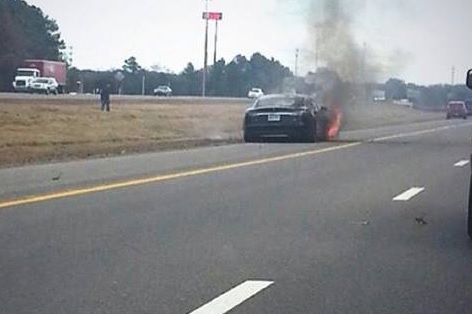 $TSLA had a few analyst comments this morning. Shockingly (and I hope you can sense my sarcasm), BofA Merrill Lynch is sticking with the same tiny target it's had since the stock started its run-up earlier this year. In this market, there's nothing worse than sticking to a failed trade instead of admitting that you're wrong and just moving on. Don't believe me? Just ask hedge fund Pershing Square Capital Management's CEO, Bill Ackman.

I also wrote a nice piece on $TSLA earlier this week and observed that it was heading back to the $135 price level. I bought calls yesterday at $1.20 and just closed out my trade at $4.40. Additionally, I alerted these via my private twitter account, which is accessed through optionmillionaires.com membership. 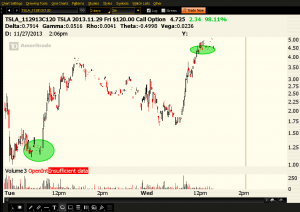 I still think that $TSLA heads to $135. However, with Thanksgiving tomorrow and a half-trading day on Friday I thought it was wise to close my position. If $TSLA pulls back heading into early next week I will likely head back into the calls. Again; I'll post my trade via private twitter and in the chat room at optionmillionaires.com

My $TSLA pice from yesterday:  https://www.optionmillionaires.com/tsla-trade-update/