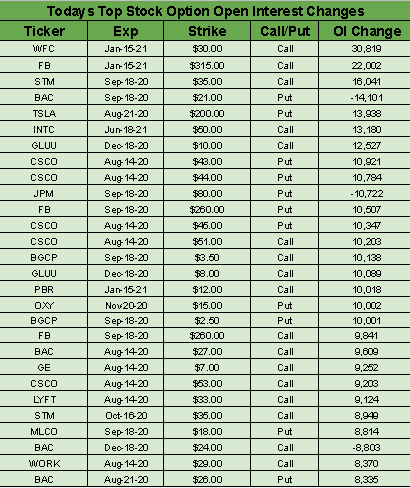 The coronavirus crisis has "cast a long shadow" over crude demand, the IEA said in its latest oil market report, as it lowered its forecasts for the first time in several months. Due to ongoing weakness in the aviation and travel sectors, the agency sees global crude demand for 2020 at 91.1M barrels per day, down 140K bpd from a previous projection and reflecting a fall of 8.1M bpd Y/Y. The agency also revised down its 2021 global oil demand estimate by 240K barrels per day to 97.1M bpd. The report comes shortly after oil majors from BP (NYSE:BP) to Shell (RDS.A, RDS.B) reported historic losses in Q2 as lockdown measures led to an unparalleled shock for energy markets.

Jobless claims due amid stimulus deadlock

U.S. stock index futures inched between gains and losses overnight following a steady August rally that pushed the S&P 500 to the cusp of fresh record high on Wednesday. Traders are eyeing the latest round of jobless claims this morning, which are expected to have declined for a second straight week to 1.12M (from 1.186M). That would be the lowest level in almost five months, but would also mark the 21st week in which claims have topped 1M. Regarding a coronavirus stimulus package, House Speaker Nancy Pelosi said Democratic leaders and the White House are still "miles apart."

After tanking in the first two months of the pandemic, the consumer price index came roaring back, posting a gain that was double what economists had been expecting. U.S. inflation picked up pace as consumer prices jumped 0.6% again in July, mirroring the June increase. It was driven up by new and used car prices, but falling oil and food prices kept a lid on gains. The news came as the U.S. budget deficit climbed to $2.81T in the first 10 months of the budget year, exceeding any on record.

On to the next bankrupt retailer

How are mall owners coping with the coronavirus crisis? They're looking to scoop up high-profile tenants. Fresh off a deal to buy Brooks Brothers out of bankruptcy for $325M (with Authentic Brands), Simon Property Group (NYSE:SPG), the largest U.S. mall owner, and Brookfield Property Partners (NASDAQ:BPY), another major shopping center player, entered advanced talks to purchase J.C. Penney's (OTCPK:JCPNQ) retail operations. Simon has also been exploring the possibility of turning over space left by ailing department stores like Penney into Amazon (NASDAQ:AMZN) distribution hubs.

More Broadway shows are finding a home in the streaming world during the COVID-19 pandemic. "Diana," a musical based on the life of Princess Diana, will be released on Netflix (NASDAQ:NFLX) next year ahead of its rescheduled Broadway debut on May 25, 2021 (it had originally been slated for an official opening in March 2020). "Hamilton," the runaway Broadway hit, also began streaming on Disney+ earlier this summer, while "The Prom," a Tony Award-nominated musical that ran on Broadway in 2018-19, is being developed for Netflix.
Go deeper: Change in thinking due to the streaming revolution.

While Tencent (OTCPK:TCEHY) is playing down the recent moves by Washington, saying soon to be banned WeChat (for international users) and key revenue driver Weixin (for mainland Chinese customers) are two separate products, more action from the U.S. may be on the table. The executive orders against TikTok (BDNCE) and WeChat could be "broader" than just those two apps, according to Secretary of State Mike Pompeo, adding that "American data will not end up in the hands of an adversary like the Chinese Communist Party." If Apple (NASDAQ:AAPL) is forced to remove WeChat from its global app stores, iPhone annual shipments will decline 25% to 30%, TF International Securities analyst Kuo Ming-chi wrote in a research note.
Go deeper: Multinationals raise concerns with the White House.

The recent trade war, which has spiraled into a tech war, has also seen a shakeup of the global supply chain. Hon Hai Precision Industry, a key supplier to Apple (AAPL) that is also known as Foxconn (OTC:FXCOF), is gradually adding more capacity outside of China. The proportion outside the country is now at 30%, up from 25% last June, and the ratio will increase as the company seeks to avoid escalating tariffs on Chinese-made goods headed to U.S. markets. "No matter if it's India, Southeast Asia or the Americas, there will be a manufacturing ecosystem in each," Chairman Young Liu told investors, saying that while China will still play a key role in Foxconn's manufacturing empire, the country’s "days as the world's factory are done."

The U.S. is maintaining 15% tariffs on Airbus (OTCPK:EADSY) aircraft despite moves by the EU to resolve a 16-year-old dispute over billions of dollars of aircraft subsidies (some tariffs were also introduced on French jams and and German knives). U.S. Trade Representative Robert Lighthizer said the bloc had not taken actions necessary to come into compliance with WTO rulings, and it was not enough for Airbus to increase loan repayments to France and Spain. An escalation will likely come in the fall when the EU is expected to win WTO approval to level its own tariffs over subsidies to Boeing (NYSE:BA).