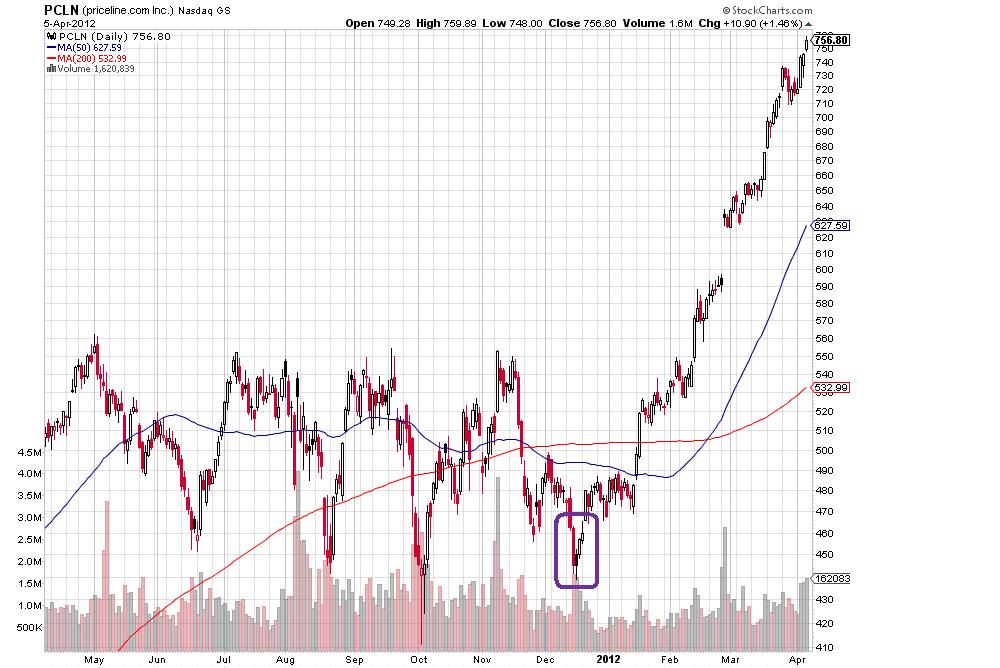 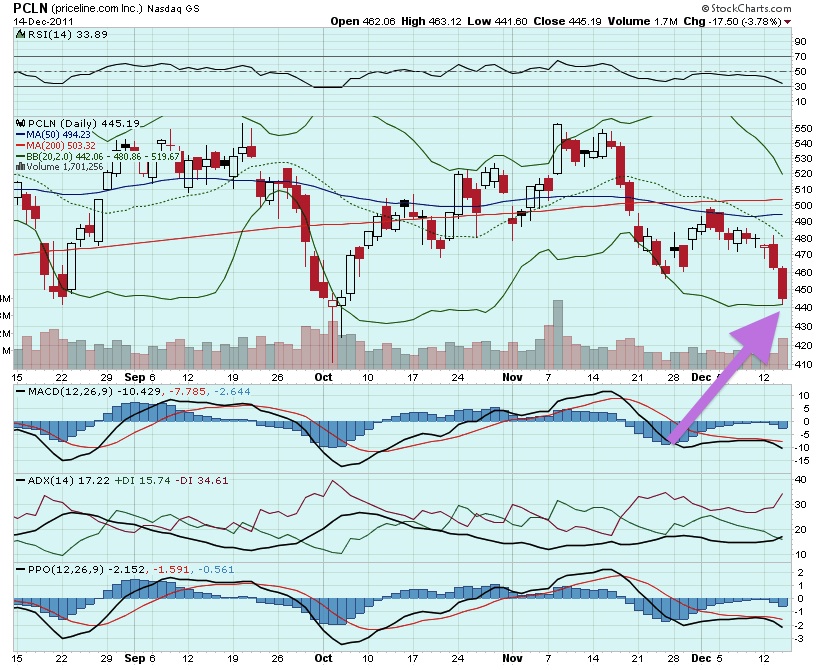 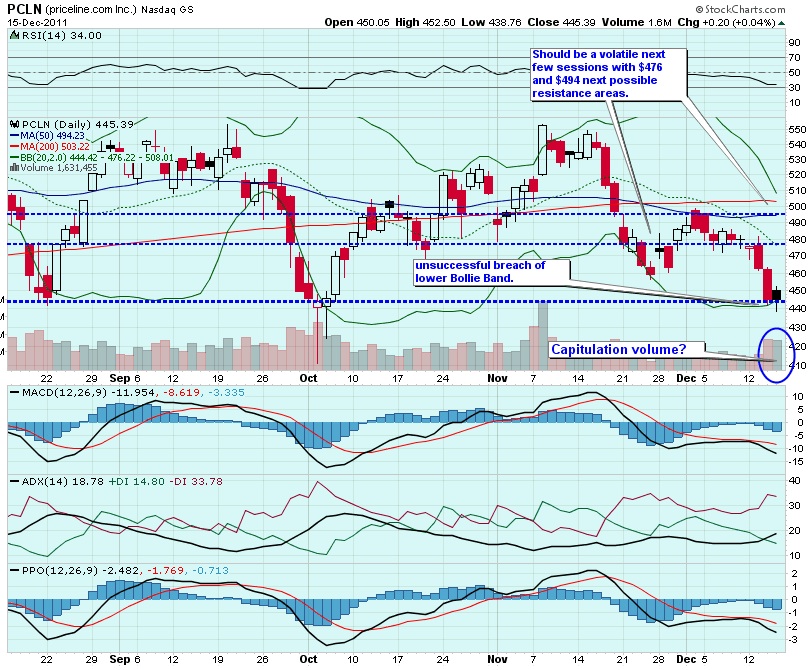 The above charts marked an amazing chance to get into a stock before it rocketed some $300 a share higher in 4 months.  Aside from changing this sites name from Option Millionaires to Priceline.com stock bulls, we could have not been any more obvious about our position on PCLN and where we thought it was headed in 2012.

In the middle of December while everyone was running for the exits, we stuck our necks out and called for more gains for PCLN.  PCLN  was at $445 a share then and today the stock hit a new all time high of over $755 a share, an over $300 per share move in a mere 4 months.

The little purple box on the chart below coincides with the two links above and the two charts at the start of this post. 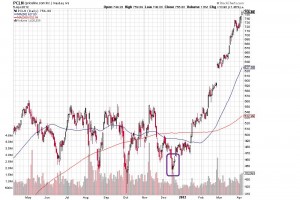 So where do we go from here?  PCLN has seen a parabolic rise,  it would be much easier to call a top if we get Cramer to hit the buy button on this stock.  Perhaps someone can give the balding bull a call, which would have us clamoring for puts.  I wouldn't be surprised to see $800 tested, but I also think PCLN will come back down to $700.  A well timed put could post some serious returns.  Everyone thought this stock was over priced at $448, yet we stuck out our heads and said they were wrong...  we were right to the tune of a $300+ per share move.