Some nice moves in tonights after hours session with $NFLX and $CREE soaring, while $IBM after initially rallying, fell.  Earnings moves can defy chart patterns, wisdom, and swiftly kill an option contract.  These are high risk trade opportunities. END_OF_DOCUMENT_TOKEN_TO_BE_REPLACED

After a long three-day weekend, we come back to mixed/flat futures. Earnings really start to pick up with some big names like ISRG and GOOG after the bell.FFIV, NFLX, MCD, AAPL, and others tomorrow.

The Japan’s central bank came out with an unlimited QE program and raised it’s inflation target last night. The Nikkei spiked for a second, then fell 1% before closing down .4% for the day. The Nikkei has been on a monster run, and it was a sell the news event. Considering Japans debt is 200% of its GDP, continued money printing may be a problem down the line, but for now this continues to bode well for world markets. Gold and other commods are getting a small lift from the BOJ news as well.

If you missed the week ahead with UPB sunday night, you can find it in the forums here:  https://www.optionmillionaires.com/forum/showthread.php/246-The-Week-Ahead-Sunday-1-19-12?p=458#post458

Here are the Analyst changes today:

Piper Jaffray believes there is likely at least some value in Siwei's brand and sees little risk of more Siwei-related charges coming from Caterpillar. Piper thinks shares of Caterpillar could see pressure in the near-term following the $580M write-down, but does not believe Caterpillar's long-term competitiveness is threatened. The firm keeps an Overweight rating on shares with a $113 price target.

BlackRock price target raised to $273 from $223 at RBC Capital

RBC Capital believes that the strength of BlackRock's strategy is more evident than ever following its December quarter results. RBC thinks the company is one of the most visionary firms in the investing business and it maintains an Outperform rating on the stock.

UBS cut Apple's price target to $650 from $700 and lowered estimates due to lower iPhone ASP assumptions and expectations for less of a gross margin recovery. Shares remain Buy rated.

Apple price target lowered to $600 from $780 at Scotia Capital

Scotia Capital upgraded Research in Motion following reviews of the BB10 on various blogs. The firm said reviews indicate the BB10 has a faster browser and superior screen resolution vs. the iPhone 5 and the ability to multi-task. Scotia expects even modest success of the BB10 will result in significant earnings momentum and upgraded shares to Outperform with a price target of $23 raised from $18.60.

AAPL had two more price target reductions today. Guess we will see how well the stock has been priced after the bell tomorrow. Some nice reads about AAPL this weekend here:

There are rumors of possibly 3 new iphones being released this year. Will be interesting to see if those rumors are true.

I wont be playing too many earnings the next two days, and will probably just try to play NFLX for some lotto calls. I love SAM and SHLD here and will look to add to my SAM Feb 155 calls as well as grabbing some SHLD 49.50 calls. Here are the strikes I like:

As per feedback on the watchlist, i will be adding unusual options activity Sometime this week. Please give me feedback in the forum so this watchlist can be a better tool for your trading: https://www.optionmillionaires.com/forum/showthread.php/241-Upgrade-and-Downgrades

Well Boehner and the rest of the elected politicians did it again, causing a flash crashof sorts in the futures market after they pulled the vote on the Plan B: http://www.zerohedge.com/news/2012-12-20/futures-flash-crash-es-plummets-limit-down . It’s almost like DeJaVu with the debt ceiling fiasco last summer. The impasse then caused a 4%+ sell off in one day, followed by a nearly 15% drop in a matter of days. Hard to say what happens now, but I am mildly optimistic things wont get as bad this time and we bounce into the weekend. Also remember today is quadruple witching meaning all the option contracts expire today... usually a day with higher volatility.

Here are some of the Analyst upgrades/downgrades today:

Wells Fargo believes that investors are underappreciating the value of Apple's customer service advantage compared with its competitors. The firm think that the recent sell-off in Apple's stock is overdone, and it maintains an Outperform rating on the shares.

F5 Networks initiated with an Outperform at FBR Capital

Nike downgraded to Neutral from Buy at Janney Capital

Citigroup notes Research in Motion shares sold off last night after it became clear on the earnings conference call that RIM will receive much lower rates on its highly profitable services. Citi says Research in Motion's services will materially and structurally shift lower with the new BB10 products. The firm recommends not chasing the stock and keeps a Sell rating on the name, despite raising its price target to $6 from $5

I plan on waiting a few minutes after the open before pulling the trigger on any bounce plays:

Today is VERY risky so please trade carefully. It is quite possible I may call it a day early today. 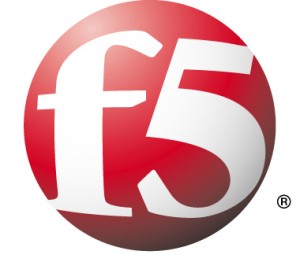 Have to be careful trying to catch a falling knife, but F5 Networks(FFIV) is one we are not worried about drawing some blood. Negative remarks about the Cloud space has hurt F5 Networks (FFIV), but think the reaction is overdone.