Imagine KNOWINGLY standing barefoot in a puddle of water and plugging something into an electric socket.  While there is a small chance you will escape no worse for wear, there is a much greater chance that you will get electrocuted.  It is not a pleasant experience.  What's worse, with electricity surging through your body its almost impossible to pull that plug back out of the socket.  You are essentially paralyzed.  That's what it feels like to short this market.  Shocked, burned, and losing money at a record pace.  The market is that electric socket for the shorts. 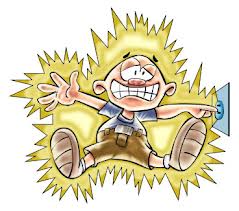 It gets better.  Some of these shorts have been able to pull themselves away from the socket, only to go back and do it all over again at HIGHER PRICES.  Insane.....  Insanity is doing the same thing over and over again, each time expecting different results.  The results have been the same through out this ~5 year rally as we came out of the financial crisis, with stocks rising amid consistent head winds.  Today we hit fresh all time highs.  It was no suprise here at optionmillionaires.com, we've been behind this rally, but for the shorts it was just another day losing money.

The "hope" is that these stocks will eventually fall.  Those with money to burn are shorting these stocks at continually higher prices with the "hope" that they collapse.  I "hope" Kate Upton stops by my house when the wife and kids are away, and it "may" happen. 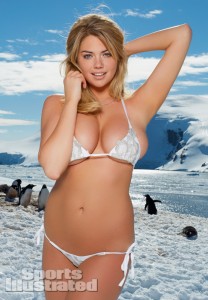 But I wouldn't put my, or anyone else s money at risk "hoping" for something.  Especially when what I have been "hoping" for has turned into nothing but despair.  Although I'm not going to cry over Kate Upton, my losses are limited. My, "Hopefully",  30 seconds with the most Beautiful Model in the world won't put me in financial ruin if she fails to knock on my front door.  The shorts on the other hand,  "hoping" for stocks to decline in value, have much more to lose.

Why should you care?  Because I think this short phenomena is not over.  I think the most heavily shorted stocks will continue to perform and hand pain to those still willing to stick their finger in the electric socket.  I have a few stocks below that I think will outperform heading into the end of the year and 2014.  But first lets look at the charts of those heavily shorted stocks that have performed so well the past year: 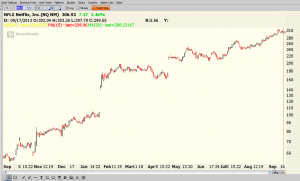 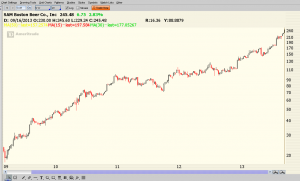 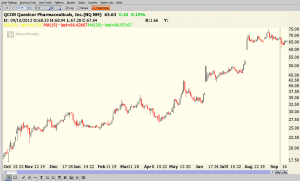 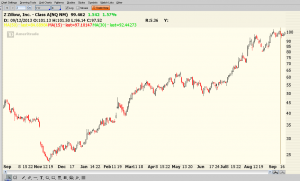 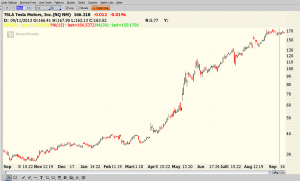 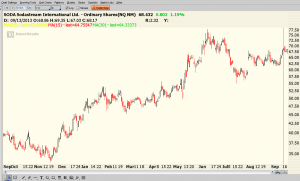 Now onto the stocks I think stand to benefit from their heavy short positions.  These are stocks that I think the shorts have wrong.

The first one is $UNXL.  This is a highly speculative stock that has no revenue to date.  The shorts think that won't change.  The majority of analysts have a target over $40 on the stock and a recent article at Seeking Alpha put the possibility of this being a $100+ stock within a year.  49% of the float has been borrowed and sold short.  Over 4.7 million shares in total bringing the short interest to record levels.  I think this stock will move over $20 in the next few weeks and push over $40 possibly before years end.  I own calls (meaning I am biased for upside and profit if the stock goes higher).

$SODA the stock is up over 100% the last year, yet the shorts have not given in.  Over 51% of the float has been borrowed and sold short.  This could be a $100+ stock before the end of 2013 which will inflict more pain on the already bleeding shorts. 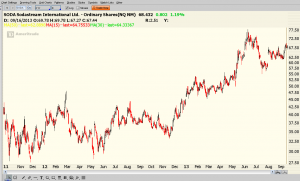 $WLT, the shorts are starting to cover after the stock fell to fresh multi year lows. There is still over a 30% interest in the name and I think a move back over $20 is possible during the fall. 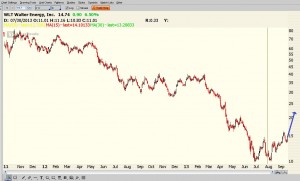 $ANGI.  This stock reminds me of $Z at $35.  No one thinks $ANGI deserves to have doubled its valuation over the last 52 weeks.  This formerly $9 stock hit $28 before pulling back to the recent $21 level.  I think it could surpass $30 and everyone's expectations heading into years end.  This is a stock people love to hate, with the shorts leading the way.  45% of the float is short, per the last report at Yahoo Finance. 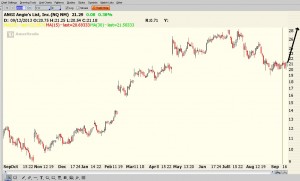 What's worked great since the Stock Market hit its lows on March 9, 2009?  Don't fight the FED,  The trend is your friend,  and please don't stick your finger in an electric socket.

I own $UNXL calls, but have no position in any other stock mentioned.  I do, however plan on getting positions in some of these stocks going forward.