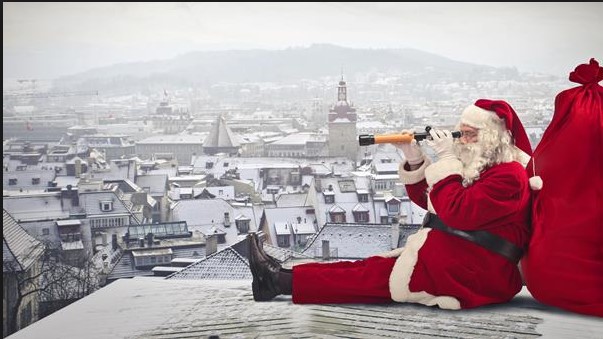 The market is just days away from securing another rare monthly decline.

The days of relentless upside feel like a distant memory.

Just last night futures fell on more Tariff talk from Trump.   Apple IPhone sales aren't eliciting confidence from investors as we see a seemingly daily Apple supplier cut headline.  Interest rates continue to climb.  Central Banks are taking their foot off the accelerator after almost 10 year of historic, untested and unconventional,  easy money policy..   Growth is slowing.  The sugar high from tax cuts is wearing off.    If you are looking for a an excuse to sell this market,  you don't need to look very far.

And yet this market, since the March 2009 lows, has fed off the negativity.  Excuses to sell were reasons to buy in disguise.   However, most of those rallies had the support of  zero percent interest rate policy.   ZIRP is no more... at least for now.  The training wheels are coming off..... well lets just say the bolts on those wheels are being loosened.

I see many already looking for the next recession.    Perhaps the market, which is always looking ahead,  sees a recession on the horizon?    The concern, from my perspective, has always been about the massive, record corporate debt levels and the increased costs to service amid an increasing interest rate environment.  I don't see that as being an issue quite yet.

Also, I'm looking for this:  WHEN WILL IT BE TIME TO SELL?  as a sign that the next recession is right around the corner.  And frankly we haven't come close yet....

My thoughts are that we haven't seen a top yet for the market.  That used to be the easy thing to say, but right now I may very well be in the minority.  However the price action remains rocky, and in the words of the most learned central banker "downside risks remain" to this market.  Yet I do think, at least over the short to medium term, we have seen  or are very close to the lowest levels we will see for this market for the rest of the year.

The holiday season is upon us, and with it the highly anticipated Santa Claus rally.   Yes the adult version of getting presents under the tree, is seeing the stock market rally into years end.

Santa Claus has yet to arrive, however over the last 3 years the market has gravitated higher into the end of the year.  And the term 'Santa Claus rally' didn't come from a  market that sells off every Christmas Time.

Small caps, which led the market lower a few months ago have stabilized.  Are they ready to lead the Santa Claus rally?

$IWM is now setting up for a 5 year momentum trigger.   I'll be watching this, as well as the VIX, which dropped back under 20 yesterday,  over the next several sessions.

The longer term chart set up certainly has a possible H&S top set up.  We had a nice H&S top set up early on after the rally off the lows in 2009.  That ended up getting rejected in a rather emphatic fashion.

Each day that passes we are a day closer to that inevitable recession.  Is that what is driving this market lower?  Or is this just another correction that gives the massive corporate buyback programs cheaper shares to buy?