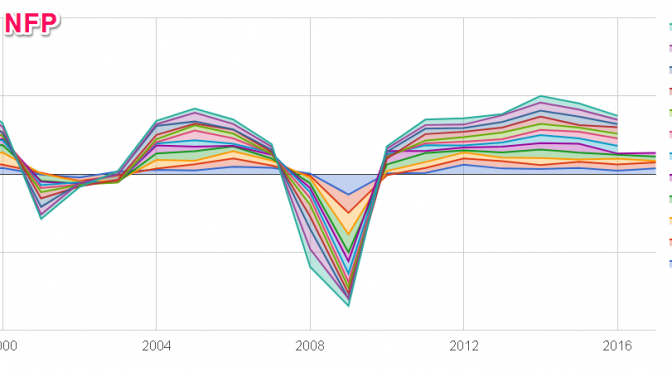 The stock market closed Friday at a new all time record high.  Since the dawn of man, every single sell off for the market  has ended up being a tremendous buying opportunity. 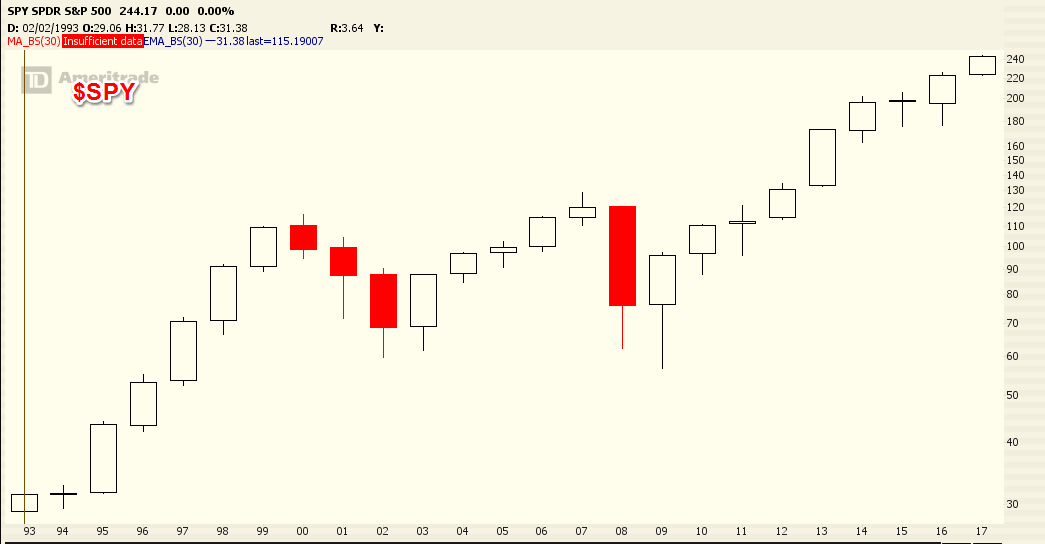 Yet there will come a time when the market will suffer a significant correction.  I know it doesn't seem like the market will ever fall again.  The Central Banks, even with markets at record highs, are still highly accommodative and willing to do even more in the face of any weakness.

In reality, for those with a long term time horizon, when the market has a swift correction or bear market, it still won't be a time to sell.  On the contrary, much like 2008/2009  it will be a great time to be buying more.

However knowing when the next possible correction and/or bear market is coming is not always a bad thing.  Gains can be locked in, capital protected, and when prices sink you will be able to buy that much more for the ensuing recovery.

I've pointed out previously that, despite widely followed market professionals telling the world  to sell everything in 2008,   selling during the panic in 2008/2009 was the worst thing any long term investor could have done.    You want to be selling before the panic, not at its peak.

Those investors who were selling when the cracks started to form on the S.S.S. Housing Bubble had more capital at their disposal to buy when all the market pundits where busy causing a selling panic.

You may ask "With the market making new highs seemingly every day, what cracks are we looking for?" 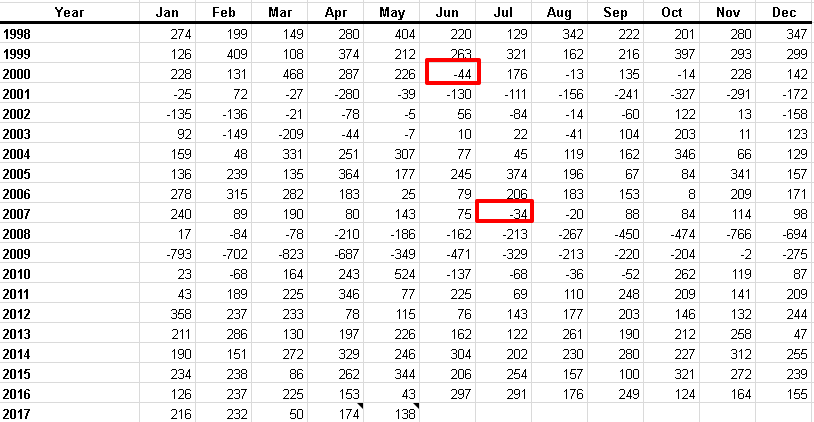 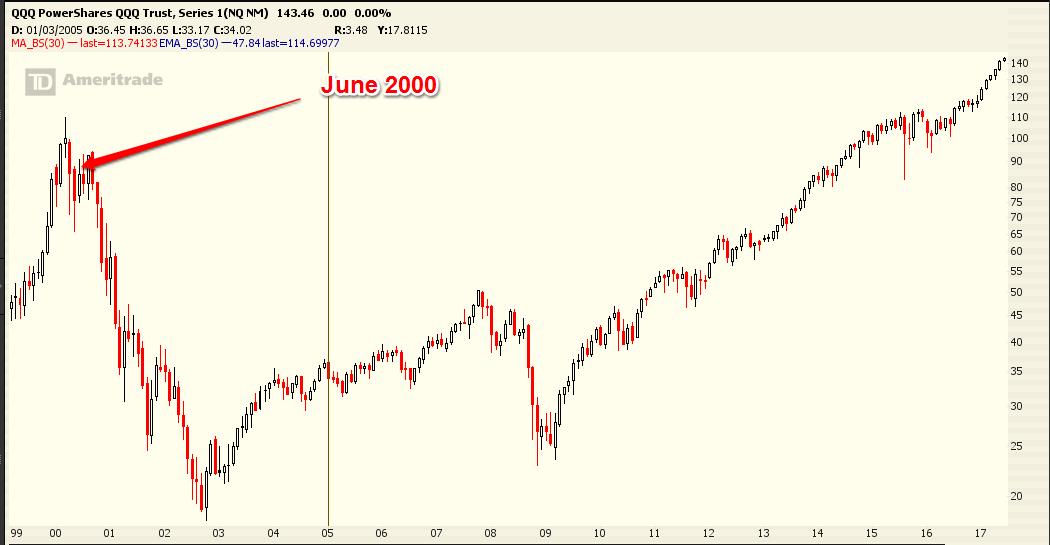 and in July 2007, the jobs report went red again for the first time since recovering from the internet bubble.  The first crack in the S.S. Financial Crisis was formed: 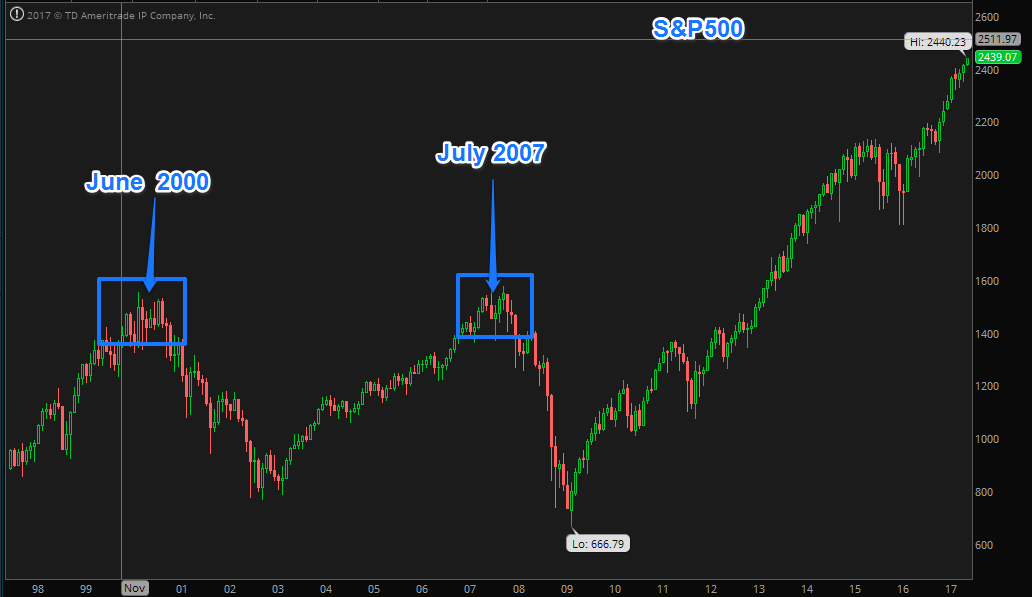 In both cases, after the negative print, investors had many months to sell before the panic set in.

Is it really that simple?  Of course not.  However with all the different negative data the market bears plot on a daily basis  the market still continues to soar.    The market has been impervious to all the negative headlines.  However one thing that has yet to turn negative is  the jobs report.

We have yet to see that negative jobs number print.  We know the job market is changing with technology.  Robots, automation... jobs aren't what they used to be.  But the last two market collapses were foreshadowed by a negative jobs report print.  Maybe it will be different this time around.  But I do think its worth noting what happened the previous two times around.

Can it really be that simple?  It was for the last two recessions.

The good news is, if the correction is like the previous two, there will be ample time to prepare for it, if you want to sell at all.  Again, from a long term perspective these bubble pops have been tremendous buying opportunities, not reasons to sell.

2 thoughts on “When Will It Be Time to Sell?”