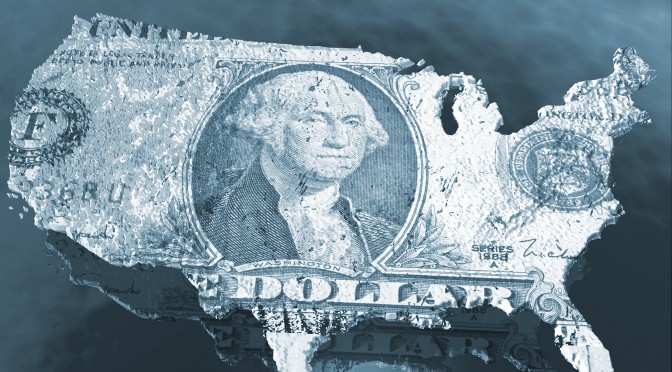 So here we are in the midst of another pull back from all time record highs.

The excuse yet again is 'inflation fears'.  And no doubt,  this too will prove to be just another named excuse to sell, that ends up being a great buying opportunity.

(1) We haven't seen any real sustained and  unhealthy  inflation in over 40 years!

(2)  Interest rates have been falling for over 40 years!

Clearly inflation and interest rates have an inverse correlation, as they should.

The headline you see, as we've seen the last few weeks, is  "INLFLATION FEARS!!!"  .. its  a terrible reason to be selling.  Why?  Because inflation reduces your buying power.  So those selling and moving into cash because of inflation are actually unprotecting themselves from inflation.

The main reason for this most recent rally to record highs, as I've mused many times, is the exponential expansion of money supply.   The money supply continues to grow.  Moving out of assets into cash means your moving into something that's seeing its supply grow substantially every month.

If runaway inflation is really rearing its ugly head moving into cash is a terrible idea.

In the span of just a few years  - just imagine this.

Selling your house in Venezuela  for cash on 'inflation fears'

I'm not saying that is whats going to happen here.  But I'm just saying selling assets because of inflation is a terrible idea.

I think the recent excuse to sell isnt "INFLATION FEARS!!!" as much as its  "FED INTEREST RATE HIKE FEARS".

That would make a lot more sense.  And yet Powell has said for many moons now, he is not worried about the recent uptick in prices.  The FED RATE HIKE FEARs are still misguided.

Powell thinks any recent bout of inflation will subside.  He thinks its transitory.

And you know what?  I agree.

I've said it previously.  That what will eventually happen is supply will catch up and surpass demand, and we may even see prices fall down the road.  Deflation?  No one is talking about that.

That is why I think the FED and Powell are in no rush to take their foot off the gas pedal.

And why I think this "inflation fears" excuse to sell stocks is just another shake of the stock market tree.

Until we get a clear indication from the FED they are going to tap the brakes.  Until we see money supply level off and perhaps even start to decline?  This market will continue to do what its been doing since March 6th 2009.  Baffle the bears.

Have a great trading day!