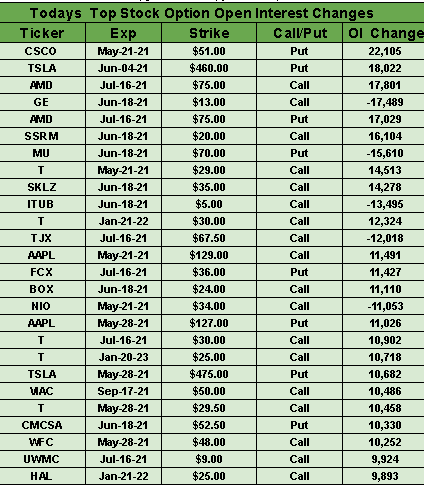 The crypto community is once again divided on how to digest the latest Bitcoin (BTC-USD) crash, with the digital currency falling as much as 30% at one point on Wednesday to as low as $29,000. Some are attributing the crash to China's crackdown on crypto transactions, Tesla's (TSLA) recent decision to stop vehicle purchases with the crypto and J.P. Morgan citing moves by institutional investors that have swapped their Bitcoin positions for gold. Others in the FUD crowd (fear, uncertainty and doubt) say the finger pointing is not of much use, as the crypto scene is generally a volatile environment, and traders must be prepared to buckle up once there is a shift in sentiment.

The bulls: "For investors that are thinking long term, this is actually a great opportunity to buy at prices you may not see for a while," said Delano Saporu of New Street Advisors. "Seeing these big drops is common," further explained Ganesh Swami, CEO of blockchain data provider Covalent. "The last time we saw a bull run, bitcoin dropped at least half a dozen times by 20-30% before it went to the then all-time high."

The bears: "The high volatility of cryptos makes them an unreliable store of value. Weekly moves of more than 10% in Bitcoin are common. In the week to 14 May, Bitcoin fell 24%, which would be a high level of volatility for a small-cap stock, let alone a currency," wrote Mark Haefele, CIO of UBS Global Wealth Management. "A more than 50% decline from the highs within a month is certainly damaging the outlook for Bitcoin," added Julius de Kempenaer, senior technical analyst at Stockcharts.com.

At the time of writing, Bitcoin is currently holding steady at $39.6K, but it's worth mentioning the crypto's long history of volatility.

Also get used to hearing about the Proof-of-Work (PoW) vs. Proof-of-Stake (PoS) debate in coming months. The Cliff's Notes: PoW (think Bitcoin) uses massive amounts of energy, while PoS does not. To Bitcoiners, massive use of energy is a feature not a bug, while PoS collapses the whole idea of decentralization. (9 comments)

Another day of losses

The selloff in high-flying assets (like growth stocks and crypto) continues to extend to the broader market, with U.S. stock index futures falling overnight by 0.6%. While the major averages pared big early session losses on Wednesday, they still registered a third straight day of declines as cryptocurrency-linked shares plunged. In fact, the Nasdaq Composite Index is off by more than 5% over the last few weeks, on pace for its worst monthly performance since September 2020. Sell in May?

Taper talk: In a move that did not help sentiment, the Federal Reserve's minutes from April hinted at the possibility of tapering QE in upcoming FOMC meetings. "A number of participants suggested that if the economy continued to make rapid progress toward the Committee's goals, it might be appropriate at some point in upcoming meetings to begin discussing a plan for adjusting the pace of asset purchases."

Yesterday's session also raised doubts about prospects of a commodity "supercycle." Silver, copper, oil, and soybeans all traded to the downside amid growing fears about inflation, as well as a risk-off mindset among traders. There's further concern about the resilience of demand in China, where officials are trying to temper prices after sounding off about the cost of raw materials.

On tap for today: Kohl's (KSS), Ralph Lauren (RL), Ross Stores (ROST) and Petco (WOOF) release quarterly results in the latest slew of retail earnings. The latest weekly jobless claims numbers will also be released, providing an insight into the labor market recovery. New claims for unemployment benefits are forecast at 450,000 for the week ending May 15, continuing a steady decline from the 473,000 figure seen in the prior week.

Ford (F) showed off its new electric F-150 Lightning model during a live event last night after giving President Biden a sneak preview on Tuesday. Pricing for the vehicle will range from about $39,974 for a work truck version to $52,974 for a consumer version that runs all the way up to $90K for the fully-loaded model. Tax credits can also be applied to the EV purchase.

Specs: The F-150 Lightning will be able to travel up to 300 miles per battery charge and race from zero to 60 mph in 4.5 seconds. Ford executives also highlighted the truck's towing capabilities and the ability for the vehicle to provide charging capabilities on worksites, campgrounds or for homeowners that might lose electricity. The truck is said to be "Ford tough" and the most technically advanced truck ever produced by the automaker.

Fine print: The automaker expects to produce 40K electric F-150s or more when production ramps up in 2023. Crucially for investors, Ford anticipates the new electric F-150 Lightning pickup will be profitable when it arrives at U.S. dealerships next year (online reservations are available with a $100 deposit). During the previous session, Ford also warned on production cuts due to the global chip shortage and caught a new analyst upgrade. (60 comments)

Oatly priced its highly-anticipated IPO at a top-of-range $17/share late Wednesday, valuing the firm at more than $10B. The plan calls for the stock to begin trading this morning on the Nasdaq under ticker symbol "OTLY" after raising $1.43B in the offering. The Swedish-based company produces a variety of vegan foods with oats, including milk, yogurts and spreadable cheeses, and its products are available in more than 20 countries.

Oatly counts TV legend Winfrey among its pre-IPO investors, along with rapper Jay-Z, actress Natalie Portman and former Starbucks CEO Howard Schultz. Institutional backers include Blackstone Group (BX) and others. The celebrity involvement has attracted lots of attention to the IPO, with analyst firm Hedgeye recently writing that the offering seemed "reminiscent of the great consumer growth stories we've seen IPO in recent decades," such as Chipotle (CMG), Lululemon (LULU) and Under Armour (UAA). Others, like Seeking Alpha contributor Noah Wilson, recently looked at the IPO and concluded that money-losing Oatly has "no clear path to profitability."

Go deeper: Pricing at the high end of the range is a positive sign for the company given the recent market environment, which has shunned growth companies, especially those that have gone public. Consumer preferences have also been shifting toward more plant-based foods, especially among the younger crowd, and could mirror the successes seen with Beyond Meat (BYND). "Generation Z and Millennials will become the dominant global generations in the coming years, bringing to the market a new set of values and expectations," Oatly wrote in its prospectus. Another theme of the company is its environmental effects compared to cow products, and it could attract some interest from ESG funds. (10 comments)

Latest contender in the chicken wars

Burger King is storming into the market with a new Ch'King item to be added to the menu in June. Popeyes, a sister chain that's also owned by Restaurant Brands (QSR), started the rage back in August 2019, with a blockbuster chicken sandwich that sold out in two weeks. The popularity of the item resulted in double-digit sales growth for Popeyes quarter after quarter, while similar successes were attempted at McDonald's (MCD), KFC (YUM) and Wendy's (WEN).

Backdrop: Burger King first announced a new chicken sandwich strategy in February and has been working on the concept since 2019. "With all the fanfare around QSR chicken sandwiches, BK took its time to get it right... so right that the brand started to see posts on social during the market tests that the Ch'King might be better than the Whopper," according to the chain.

The sandwich is being described as a freshly hand-breaded chicken filet that is crispy on the outside and juicy on the inside. It's served on a toasty, potato bun with crisp pickles and a savory signature sauce.

Outlook: All the competition in the fast-food market with chicken sandwiches is seen as a positive by some analysts for Tyson Foods (TSN) and Pilgrim's Pride (PPC). In fact, one of the reasons it took Burger King so long to roll out the sandwich was due to limited chicken supplies. "We have used the time ... to lock up our supply chain," said Ellie Doty, chief marketing officer for Burger King North America. "We feel confident in our ability to supply our launches." (10 comments)

ByteDance (BDNCE) CEO steps down as China cracks down on sector.

Self-driving Waymo (NASDAQ:GOOGL) in talks to raise $4B in outside funds - Bloomberg.