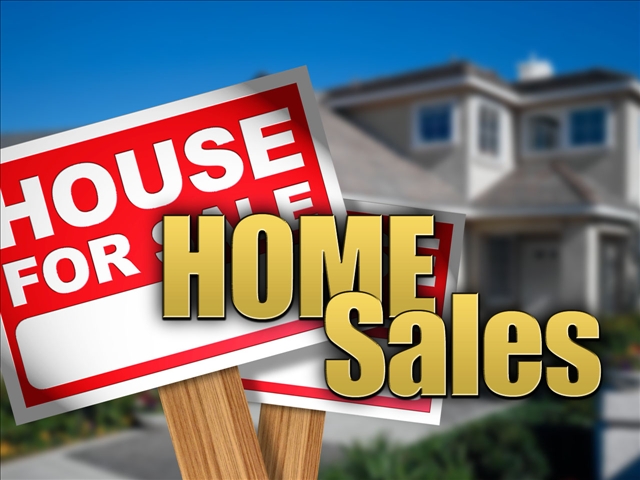 The number of Americans signing contracts to buy previously owned homes fell in July for the second consecutive month, the latest sign that higher mortgage rates are starting to drag down the housing recovery.
The National Association of Realtors Wednesday said its seasonally adjusted index for pending sales of existing homes fell 1.3% from a month earlier to a reading of 109.5 in July, a slightly bigger decline than the 1% drop forecast by economists. The July index was 6.7% higher than its level a year earlier.
Because of the way pending home sales are tallied--at the signing of a contract, rather than at the closing--they provide a more up-to-date reading on housing market conditions than some other indicators. July's data likely reflected the continued rise in mortgage rates.
According to data from Freddie Mac , the average 30-year fixed-rate mortgage rose 0.3 percentage point to 4.37% in July from June. As of last week, it stood at 4.58%, a two-year high.
Interest rates have been rising throughout the economy since the Federal Reserve signaled earlier this year it could start to rein in a bond-buying program designed to drive down rates and boost the economic recovery. Rising rates have prompted concerns that the central bank's pullback, which the Fed has indicated could begin as early as next month, could undercut a resurgent housing market.
Housing, along with consumer spending, has been one of the chief drivers of economic growth this year.
In a release, NAR chief economist Lawrence Yun said that high prices and low supplies of homes was also crimping sales in some parts of the country. "More homes clearly need to built in the West to relieve price pressure, or the region could soon face pronounced affordability problems," Mr. Yun said.
Some other recent housing data has also pointed to a softening housing sector. The closely watched S&P /Case-Shiller index tracking prices in 20 major U.S. cities rose 12.1% for the year ending in June, down from a gain of 12.2% for the year ending in May. The Commerce Department's reading of new home sales in July showed a 13.4% drop from June.
Still, most economists believe that steady job gains, mortgage rates that are low by historical standards and a shortage of homes available for sale should continue to fuel the housing sector's recovery.