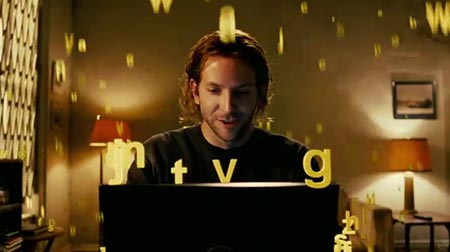 CMG this week had no news, no earnings (or lack thereof) to report,  there was nothing to justify a monster move in the stock.  Who could possible have predicted the $36+ 2 day move for CMG??

OptionMillionaires Trader Jimmybob Bought a variety of CMG calls this week just as the stock was starting to get some movement.  Just a lucky guess?  His timing could not have been any more perfect: 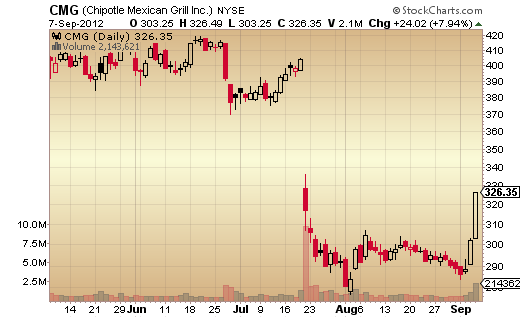 He bought and alerted the CMG $300 calls at $.29, $.30, $.35, and $.45 just before the stock started to explode higher.  Today those calls were over $26 in the money! Truly astounding.  That is almost a 9,000% gain, or to put it into monetary terms that is potentially  $290 into $26,000 in a few trading days.  Many would be selling their profits much earlier, but not Jimmybob.  His strategy may leave many profits on the table at times, but in the end he's hitting some enormous gains when hes in the zone, like he was this week.

He also bought and alerted SINA and LNKD, with LNKD hitting brand new all time highs today of $122.85.  LNKD is a stock everyone has been calling to collapse.  To fall apart.  To die.  It's a POS.  Jimmybob on the other hand has been fighting the bears all year calling for the stock to rise to $150 a share. 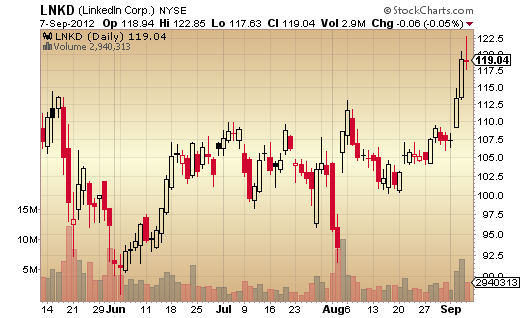 Some of the options Jimmybob was buying this week: 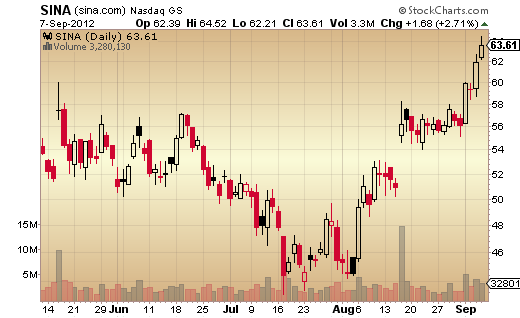 The life of an options trader is not always chocolate and roses.  For instance I did not profit from this absurd rally (not saying stocks shouldn't have rallied, just saying the rally continues to be 95% central bank manipulation) as I played for a pull back and an increase in volatility.  Both did not come to fruition.

Jimmybob himself struggled through much of August as stocks were one big yawn fest.  A week like this week could make an option traders year and for many it was well worth the wait.

Clearly Jimmybob is not the perfect trader, he makes mistakes like you and I, but his strategy continues to result in some massive gains.  Earlier this year he was knocking it out of the park, and now he's back clubbing the balls senseless.  While others are quick to lock in profits, he defies rational trading and that is what makes him unique.  Certainly it is not a trading style that many would be comfortable with, but it is a trading style that he continues to validate.