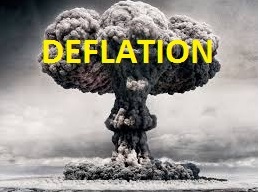 Tomorrow is the biggest day for the Euro Zone since 2010.  Grab your popcorn and turn on CNBC tomorrow morning for the play by play.

At the start of May in 2010, the PIGS were about to get cut into bacon.  Stocks were crumbling globally and the Euro zone was in shambles.  It was May 6th when things really started to come to a head.   I remember the day clearly, the flash crash, as the bottom literally came out of the market.  Stocks were in a free fall, before they magically rebounded.  The cracks were forming for a massive move lower for the market.

The next day was a Friday and stocks continued to fall.  The crisis in Europe was gaining momentum, and leaders were to meet over the weekend to try and come to a resolution.  Market action signaled a lack of faith in anything positive coming out of those meetings.

Sunday night, of that weekend, May 9th 2010, European leaders agreed on an almost $1 trillion plan.  The bazooka plan.  It was bigger, grander, better than anyone had expected.  Stock futures soared, the market opened 3% higher the next trading day.

Why do I bring this up?  Tomorrow the ECB is expected to announce some unprecedented actions to stave off the threat of deflation.  The market has priced in the expected.  I could see the market selling off if the announcement goes as planned.  I could see the Euro actually gaining strength, which would be counter productive for the ECB.... which is why I expect, like in May of 2010, the unexpected.

A modest, mundane, predictable outcome tomorrow is what most are expecting.  In 2010 it was "shock and awe" or "The Bazooka"

Picture a lit match getting blown out with a fire extinguisher or using a leaf blower to extinguish birthday candles.

The markets aren't unhinged like they were in 2010.  The Euro zone was on the precipice and ready to fall apart.   The EU response has kicked the can 4+ years down the road yet here we are again looking for more intervention to stave off the dreaded "D" word.

It's a word central bankers loathe and they will do anything in their power to avoid it.  That is why I think the ECB will invoke the Nuclear option and blow deflation into a pile of dust.  Bazooka, Shock and Awe, Nuclear Bomb - like in 2010 I think the response will be a bigger, brighter, better, bolder than everyone thinks it will.  And this will be good for stocks in the short term.  As an option trader that is all I care about.  We all know how this is going to end down the road - but those worrying about it the last 5 years have watched a massive bull market pass them "buy".

You might not like it, but if you intend on making money in this market you need to embrace it.

One thought on “The Nuclear Option”