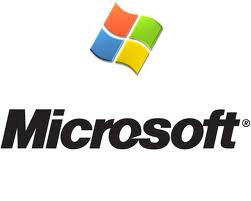 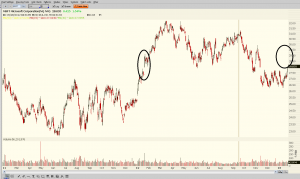 $MSFT this time last year moved over 5% post earnings from $27.35 to almost $29. I think we see a move to $30 tonight post earnings. In the chat room on Tuesday I spoke of IBM when it was at $195 and said it was going over $200 post earnings. It ended up going over $208 and the $.31 $205 calls went over $2.00. Yesterday before the bell I called for an $AAPL decline of over 10% and said that the market would shrug it off and trade positive, in spite of $AAPL's huge weight in the indices. Sure enough $AAPL dropped over 11% and the markets are at new 5 year highs and trading modestly higher in spite of AAPL's swoon.

Which brings us to MSFT. The chart is saying people don't like the stock, which is the perfect time to be on the other side of the trade. $MSFT $28 calls I bought this morning on an order I placed before bell at $.24. I was filled at the lows and I am holding through tonight's earnings report. $MSFT could tumble to $25, the stock could stay flat, and in each case I will lose 100% of my investment. But if MSFT rallies like I think it will I stand to profit 300-500% on top of my already 95% gain.