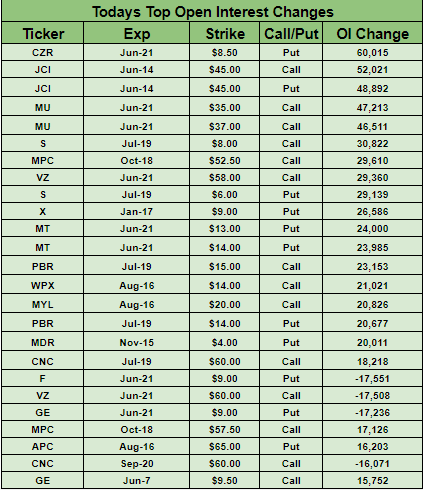 Stocks are continuing to sour following the steepest May selloff in nine years as DJIA futures begin the month down another 150 points and bonds rally, with the 10-year Treasury yield slipping a further 6 bps to 2.08%. Besides a protracted trade dispute with China, the Trump administration is opening several other battles, removing India from a privileged-trading program and pushing tariffs on Mexico unless it addresses the southern border. "Mexico is sending a big delegation to talk about the Border. Problem is, they've been 'talking' for 25 years," Trump wrote on Twitter. "We want action, not talk. Otherwise, our companies and jobs are coming back to the USA!"

Washington's escalating trade war with Beijing has not "made America great again" and has instead "done serious harm to the U.S. economy," according to a Chinese government white paper that said unreasonable demands led to the collapse of trade talks in May. The document also claimed the U.S. was an untrustworthy negotiator and that any further discussions need to be based on sincerity, mutual respect and equality. China doesn't want a trade war with the U.S. but won't shy away from one, according to Vice Commerce Minister Wang Shouwen, who said the latter's strategy of maximum pressure and escalation can't force concessions.

Mexico's president on Saturday hinted his country could tighten migration controls to defuse President Trump's threat to impose tariffs and expects "good results" from talks planned in Washington this week. Lopez Obrador also said Mexico would not engage in any trade wars with the U.S., but noted that his government had a "plan" - although he didn't specify details - in case Trump did apply the tariffs. Illegal crossings into the U.S. in May were expected to have outpaced the 99,000 people apprehended at the border in April.

Ahead of his arrival in London for a three-day state visit, President Trump encouraged the U.K. to "walk away" from any negotiations with the EU if the country is unable to secure a "fair deal" and said it "shouldn't pay" the $50B so-called "divorce bill" unless the bloc backed down. A "very big U.S. trade deal" will also be on offer once the country is finally free. Breaking with decades of political protocol, Trump further expressed a preference for Boris Johnson to replace outgoing Theresa May, as well as suggesting Nigel Farage should lead Britain's stalled Brexit talks.

Amazon (NASDAQ:AMZN) could face heightened antitrust scrutiny under a new agreement between the government's twin antitrust agencies that puts it under closer watch by the Federal Trade Commission, The Washington Postreports. The move would divvy up competition oversight of two of the country's top tech companies, with the U.S. Justice Department having more jurisdiction over Google (GOOG, GOOGL) and paving the way for a potential investigation of the search-and-advertising giant. AMZN -1.1%; GOOG -2.7%premarket.

The latest version of Apple's (NASDAQ:AAPL) iOS, likely called 13, is unlikely to mark a radical overhaul, but instead will boast a series of incremental improvements like "dark mode." The end of iTunes is also anticipated - with Apple (AAPL) breaking music into its own app - as well as updates to make the Apple Watch more independent. Don't expect a lot of new hardware, but there is a chance that Apple discusses a high-end Mac desktop computer, which would fit in with the conference’s programming focus. WWDC kicks off with a livestreamed keynote address at 1 p.m. ET.

Infineon (OTCQX:IFNNY) has agreed to buy Cypress Semiconductor (NASDAQ:CY) in a deal that values the U.S. maker of microchips used in cars and smartphones at €9B including debt, sending shares in the German company down 6.5% on concerns over the cost. "It's a proud price, no doubt," Infineon CEO Reinhard Ploss told reporters. "From our point of view it was an acceptable price, and if you look at the synergies, it represents an additional gain in value." The acquisition follows a quiet few years in semiconductor M&A, which peaked at $107B in 2015 before deals were derailed, such as Qualcomm's (NASDAQ:QCOM) $39B proposed purchase of NXP (NASDAQ:NXPI). CY +27% premarket.

The Commodity Futures Trading Commission is in "very early stages of conversations" with Facebook (NASDAQ:FB) in an effort to understand whether the company's plans for a cryptocurrency would fall under the regulator's auspices, FT reports. The bulk of the trading in Bitcoin, for example, is done via futures rather than cash-based markets, but Facebook's GlobalCoin - a version of a stablecoin - might be limited to the latter and therefore fall outside the CFTC's remit. That would nonetheless leave some "basis risk," a term that describes a situation in which the price of an underlying instrument and its derivative do not move perfectly in sync.

Blackstone (NYSE:BX) is buying a network of U.S. industrial warehouses from Singapore-based GLP for $18.7B, in the largest private real-estate transaction ever. It's a big bet on the continued explosion of e-commerce and delivery as global investors spend billions of dollars to acquire logistics assets. Blackstone outbid real-estate company Prologis (NYSE:PLD) for the 179M-square-foot portfolio, nearly doubling the size of its U.S. industrial footprint.

A new problem involving Boeing's (NYSE:BA) grounded 737 MAX has been disclosed after the FAA on Sunday said that more than 300 of that troubled plane and the prior generation 737 may contain improperly manufactured wing slat tracks. While the problem doesn't pose an imminent accident hazard, the planemaker must repair the components - which are prone to cracking - within 10 days. Azerbaijan airline AZAL has also canceled a $1B contract with Boeing (BA) to purchase 10 737 MAX jets "due to safety reasons," following the fatal crashes in Ethiopia and Indonesia.

Macau casinos return to growth in May despite trade war.