$LEAP more than doubled after the bell on Friday from $7.98 to over $17 a share. Anyone would be happy with a 100%+ return, but in this greedy world sometimes 100% just isn't enough. Someone was privy to this after market news, and knew $LEAP was going to... well... LEAP. Just before the close on Friday they backed up their dump truck with a massive amount of call options betting on a spike higher in $LEAP. That bet is going to pay off significantly.

Assuming just one person was responsible for those blatantly obvious insider buys near the close on just the $9 strikes they stand to net over $1,000,000 from a roughly $13,000 purchase of out of the money stock options.

The trading in all call options for $LEAP was highly suspicious on Friday. For instance the July calls had over 2,000 contracts traded. What about the July Puts? 12. Yes 2,043 to 12. August sees over 3,100 options trade on the call side to 251. The October calls as well. They seemed to have stopped there as the action on the 2014 calls options seemed legitimate. The term "bullish call action" doesn't do justice to what we saw on Friday, it was mind boggling. Are people really this dumb? 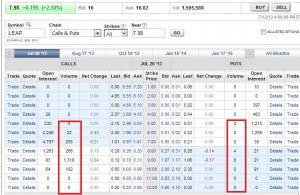 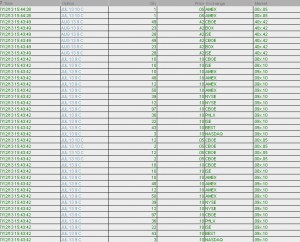 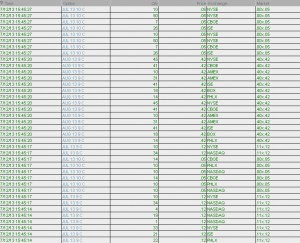 The August 11 Calls had ZERO open interest. It was literally a dead option with no options trading hands until an hour before the close almost 450 contracts traded hands for an average of $.15. Those calls will be worth over $7 on Monday. That's $6,750 into $315,000. Not a bad return for trading on information no one knew about a select few.

The timing of most of the trades yesterday were beyond suspicious. When you have a strike with zero open interest suddenly seeing hundreds of contracts getting bought an hour before the stock more than doubles in price.... someone in the know was loading up. The question is who and if the SEC will catch them. 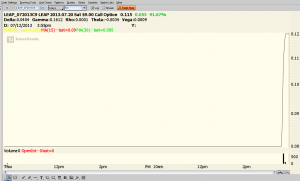 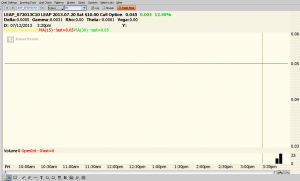