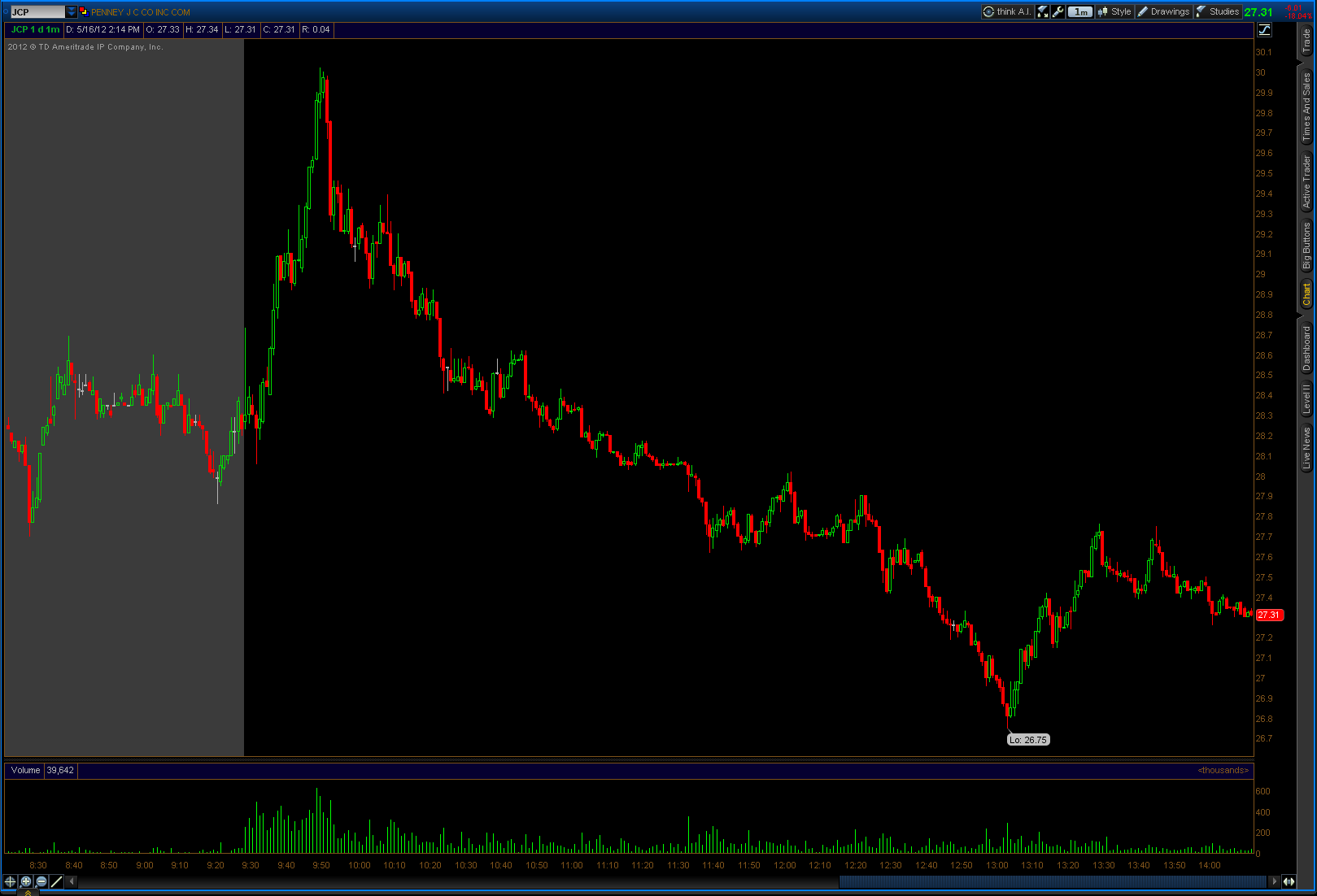 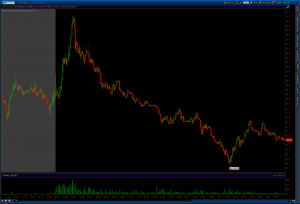 I covered JCP in my market update video last night. In that video, which you can find on this blog, I stated very clearly that I thought JCP would rip to $30 and at that point buying the $27 and/or $28 puts would be a nice high risk trade. I also thought the stock would trade under $27 today afterwards. Look at the chart above. The stock hit just over $30 early in the session then fell a few hours later to under $27 for a low of $26.75. How perfect was that move? It was almost as if I was doing the play by play for the stock the night before. Luck? Skill? Who cares, all that matters is making money in this market. Had you taken a chance just on the JCP puts like I said last night here is the potential profit:

As I said in the video as well, just a little dab will do. No need to back up the truck. Perhaps you will tune into my next market video and if you watched last nights video you'll know that JCP puts weren't my only potential winning option trade.