Ever wonder how Houdini escapes from sure death? How Hulk Hogan wins the WWF championship? How Janet Jackson's nipple falls out of her bra during the superbowl? 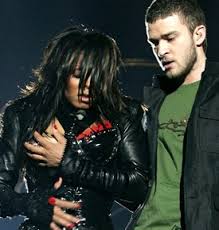 The outcome is fixed. There aren't many certain things in life, and many people would say the only two things you can count on are death and taxes. I beg to differ. Death...Taxes... and a manipulated stock market.

Take tomorrow's over-hyped employment numbers. Do you think the numbers will actually have an impact one way or the other? If you say yes, then how?

So the numbers come in above expectations. What happens? The market will rally on the continued improvement in the U.S. economy.

The numbers come in below expectations. What happens? The market will rally(after a quick drop) because folks will buy on the hope of renewed interest in QE3.

It's only when the last penny is in the hands of the Bears, that we will get any serious downside to this market. Will it be the summer? Maybe the fall during the elections? Who knows, but you have to trade what you see, and right now it's a market hell bent on making new highs.

2 thoughts on “Heads I win, Tails you lose…”