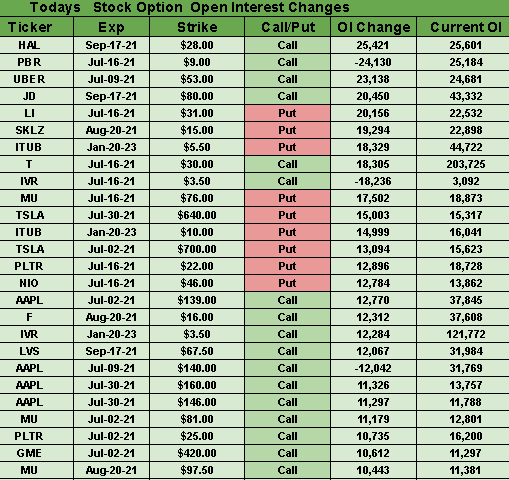 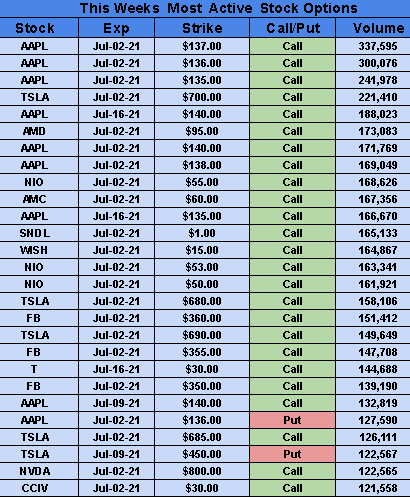 Non-farm payrolls have come in below forecasts over the past two months as worker shortages appeared to restrict the pace of the pandemic recovery. Republicans have pointed to programs like enhanced unemployment benefits as responsible for the labor scarcity, while Democrats have flagged items like childcare responsibilities, lingering COVID-19 worries and the need to raise wages (maybe a bit of both?) Stock futures are holding steady before the latest NFP data, but could make some moves after the release at 8:30 a.m. ET.

Central banking: The last time the FOMC gathered in June, Fed Chair Jerome Powell suggested the retirement of the term "tapering," but said the get-together should be considered the "talking about talking about" meeting. The slow path toward cutting back on bond-buying could change if there is a surprisingly strong jobs report, which will be the first of two before expected comments on the matter at Jackson Hole in August. Wage accelerations could meanwhile persuade some FOMC members that inflation risks call for more action than the two interest rate hikes projected for 2023. (4 comments)

Hot investing app Robinhood Markets (HOOD) filed Thursday for an eagerly anticipated IPO at what many on Wall Street expect will be about a $40B valuation. The filing included few other details about the initial public offering, such as how many shares Robinhood will offer or at what price range, but 35% of them are expected to be allocated to retail investors. The company is set to be the buzziest name to tap the U.S. IPO market this summer and follows a record number of listings in the first half that's on pace to break annual records.

Backdrop: Since 2015, Robinhood has offered a popular, mobile-friendly investing app for Millennials, Gen-Zers and others new to stocks, ETFs and crypto. The company offers such non-traditional features as zero-commission stock purchases and the ability to buy fractional shares, making it possible for small investors to buy into popular but expensive tech stocks. "By untethering investing from the desktop computer, we've seen new categories of people, including gig economy workers, first responders, construction workers and many more, discovering Robinhood and becoming investors," co-founders Baiju Bhatt and Vladimir Tenev wrote in an accompanying S-1 filing.

Not without critics: Robinhood has faced heat over receiving what is called "payment for order flow," where brokerages route customers' stock orders to specific market makers in exchange for commissions, even though the market maker might not give the customer the best available execution price. Robinhood also angered customers and regulators when its system went down during some big market days in March 2020, preventing clients from trading when stocks were volatile, as well as restricting trading during the meme frenzy back in January. On Wednesday, FINRA announced that Robinhood would pay a record $70M in fines and restitution over the outages, as well as improperly approving some customers for options trading. (69 comments)

Watch A.I. Forecast Your Stocks In Less Than a Minute

Artificial intelligence makes trading simple. See what stocks are on the rise this week, and what trades you should probably exit…before it’s too late. A.I. can help you fine-tune your trading decisions by giving you up to 72-hour advanced market forecasting.

Save your seat at our LIVE online demonstration and see your stock forecasted today. This event is absolutely free. Registrations close after the first 200 guests, so hurry up and save your spot now!

Shares of Virgin Galactic (NYSE:SPCE) are up 30% premarket to $56 after the company said it was looking to launch founder Sir Richard Branson into space on July 11. That's big news as it would come ahead of plans for Jeff Bezos and his company Blue Origin (BORGN) to launch on July 20. The two have been vying for dominance in space, as well as SpaceX's (SPACE) Elon Musk, it what has been coined the "billionaire space race."

Bigger picture: Virgin Galactic's July 11 flight will be its fourth test flight, and it plans two additional ones before beginning commercial service in 2022. It was only a week ago that the FAA gave its approval and handed the company a commercial license for its spaceflights. So far, the space tourism pioneer has about 600 customer reservations on its books, most of which were sold at a price of $200K to $250K per ticket several years ago. Another 400 have expressed an interest in booking tickets to the edge of space when sales fully reopen.

Galactic and Blue Origin will get people to suborbital space in different ways. The former uses a carrier aircraft to fly its space plane high above Earth, while the latter uses a rocket-launched capsule (it's also looking to diversify its business by sending payloads into orbit via New Glenn).

Quote: "In general, every mission that goes up, every rocket that's launched, every bit of progress we make does drive down costs, makes space more affordable [and] accessible to everybody," added Shift4 Payments' Jared Isaacman, who is partnering with SpaceX (SPACE) to lead the first all-civilian mission into orbit later this year. (64 comments)

Tensions erupted at an OPEC+ meeting on Thursday after the United Arab Emirates held up a deal at the last minute. It argued that the baseline for its own cuts needed to be adjusted, effectively boosting the country's production quota amid heavy investments in oil capacity. The standoff could mean that OPEC+ won't raise production at all, though ministers are aiming to resume their meeting this afternoon.

Before the skirmish took place, the group seemed to agree on an output boost of 400K barrels a day each month from August to December. It would have also extended the time frame of the broader OPEC+ deal, setting the final expiry of the cutbacks in December 2022 instead of April. "It's hard to see either side backing down," said Richard Bronze, head of geopolitics at consultant Energy Aspects. "Talks may even extend through the weekend, as any compromise will likely involve complicated OPEC math."

What it means: Arguments are nothing new at OPEC+, but there is a lot more on the table at the current moment. Without a deal, the alliance would fall back on existing terms that call for production to remain unchanged until April 2022. That would risk another inflationary spike as crude heads above $75. The development could also tarnish the cartel's reputation as a strong revival in fuel consumption is seen across the globe.

Outlook: It's not the first time drama has hit the cartel. Late last year, Abu Dhabi debated leaving OPEC+ as it pressed to raise production, though a deal ultimately came to fruition. There was also the destructive Saudi-Russia price war of 2020, and if the U.S. reaches a nuclear deal with Iran, the latter would surely seek additional output after the sanctions are lifted. (3 comments)

Following the latest round of talks hosted by the OECD, the U.S. won backing for a global minimum tax from a group of 130 nations that represent 90% of global GDP. It's part of a wider corporate tax overhaul for multinationals and the Biden administration's plan for raising revenue for "generational investments." Heavy federal spending will push the budget deficit to $3T for the 2021 fiscal year, according to the Congressional Budget Office, which would be the second-largest since 1945 in nominal terms and as a share of the economy. The forecast doesn't even include the impact of two "trillion-dollar" infrastructure proposals, though the budget office does forecast the economy to grow 6.7% this year after adjusting for inflation.

"It's a historic day for economic diplomacy," Treasury Secretary Janet Yellen declared, adding that the "race to the bottom is one step closer to coming to an end." While the deal aims to prevent companies from relocating their headquarters to low-tax countries, others feel the plan could be hard to enforce internationally due to accounting rules, subsidies and exemptions for R&D and capital investment. The international drive is closely tied to the White House's domestic agenda, which calls for raising the U.S. corporate tax rate to 28% from 21%, as well as the minimum tax on American-based companies' foreign profits to 21% from 10.5%.

Some obstacles: Several European countries continue to object to the minimum tax rate, saying it would remove a tool for encouraging foreign investment. Among them are Ireland, which is the European headquarters for U.S. Big Tech companies like Google (GOOG, GOOGL) and Facebook (NASDAQ:FB), as well as Hungary and Estonia. Resistance from any EU nation could prevent the 27-member bloc from going ahead with the plan or at least force the bloc to resort to novel legal maneuvers that have yet to be tested.

Go deeper: The new tax approach could also run into opposition in the U.S., where Yellen needs to sell the deal to Congress. The changes could require the U.S. Senate to alter existing tax treaties, which would take a two-thirds vote and at least some GOP support. Republicans have already expressed opposition to any rise in taxes, while some lawmakers have condemned the idea of ceding taxing authority to other governments. Business groups have additionally complained that higher taxes could threaten the economic recovery as American companies navigate their way out of the coronavirus pandemic. (15 comments)