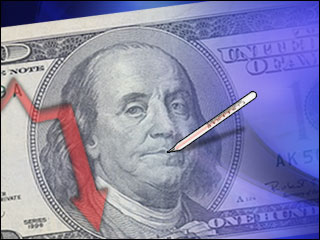 Ebola... just last month 35% of Americans thought it was a capital city in Africa.  Today the panic is growing after a doctor in NYC is confirmed to have the virus.  If you read enough of the comments about it, it seems he's been busy licking door knobs, wiping his blood on restaurant utensils, and purposely missing the toilet when taking a leak.

The fear is palpable.  Pretty soon 50% of NYC will be walking the streets adorned in full Ebola gear.  While everyone is busy worrying about the end of the world, the stock market continues to move higher.  Ebola who?

The more the market rallies the more I think that last weeks low will be called the Ebola Bottom.  On sell-offs we always hear how the market is forward looking.  While last weeks sell off might have Ebola partly to blame, I think this weeks action is saying... Who Cares?  Ebola is near impossible to catch and unless it magically transforms into an airborne illness, like the flu, Ebola will look at lot like the bears who've been shorting this market the last five years.... a distant memory.

Stocks are telling you that today.  The buy the dip switch has been flipped back on after last weeks bottom was put in.

The question going forward is..... are we putting in a lower high here?  Or are stocks poised to take out the record highs of yestermonth?  I'll answer that question in an accelerating manner this weekend... if you know what I mean.